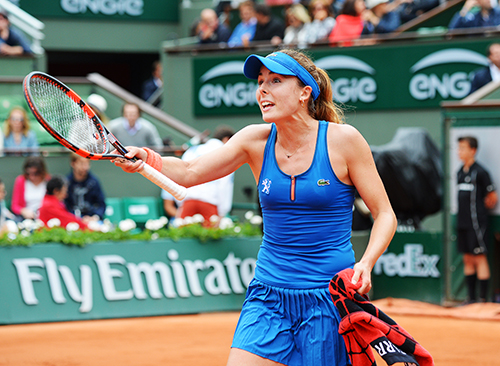 The forced quarantine of two planeloads of players and support staff after three positive COVID-19 tests in Melbourne is drawing outrage from behind closed doors.

The forced isolation regime on a second Australian Open charter – this one from Abu Dhabi, the first from LA – means that much of the field who got to the business end of last week’s WTA event in the UAE capital city will now be shut down for 14 days inside with no chance to train.

Players who arrived on the other flights laid on by TA have the chance to leave their hotel isolation for five hours a day to train at Melbourne Park; that’s not the case for the unlucky flyers on the two “contaminated” flights.

In addition to the obvious competitive disadvantages, complaints are starting to surface in Spanish media about miserable food being served to players in quarantine,

Spain’s Punto de Break published several pictures of the unappetising grub being dished out room by room to quarantiners.

No. 70 Spaniard Paola Badosa posted complaints on social media which included the fact that she is currently cooped up in a small windowless room somewhere in central Melbourne with no chance of any exit for nearly another fortnight.

Alize Cornet of France also let loose with a gripe on Twitter: “Soon, half of the players of the AO will actually have to isolate. Weeks and weeks of practice and hard work going to waste for one person positive to Covid in a 3/4 empty plane

Sorry, but this is insane.”