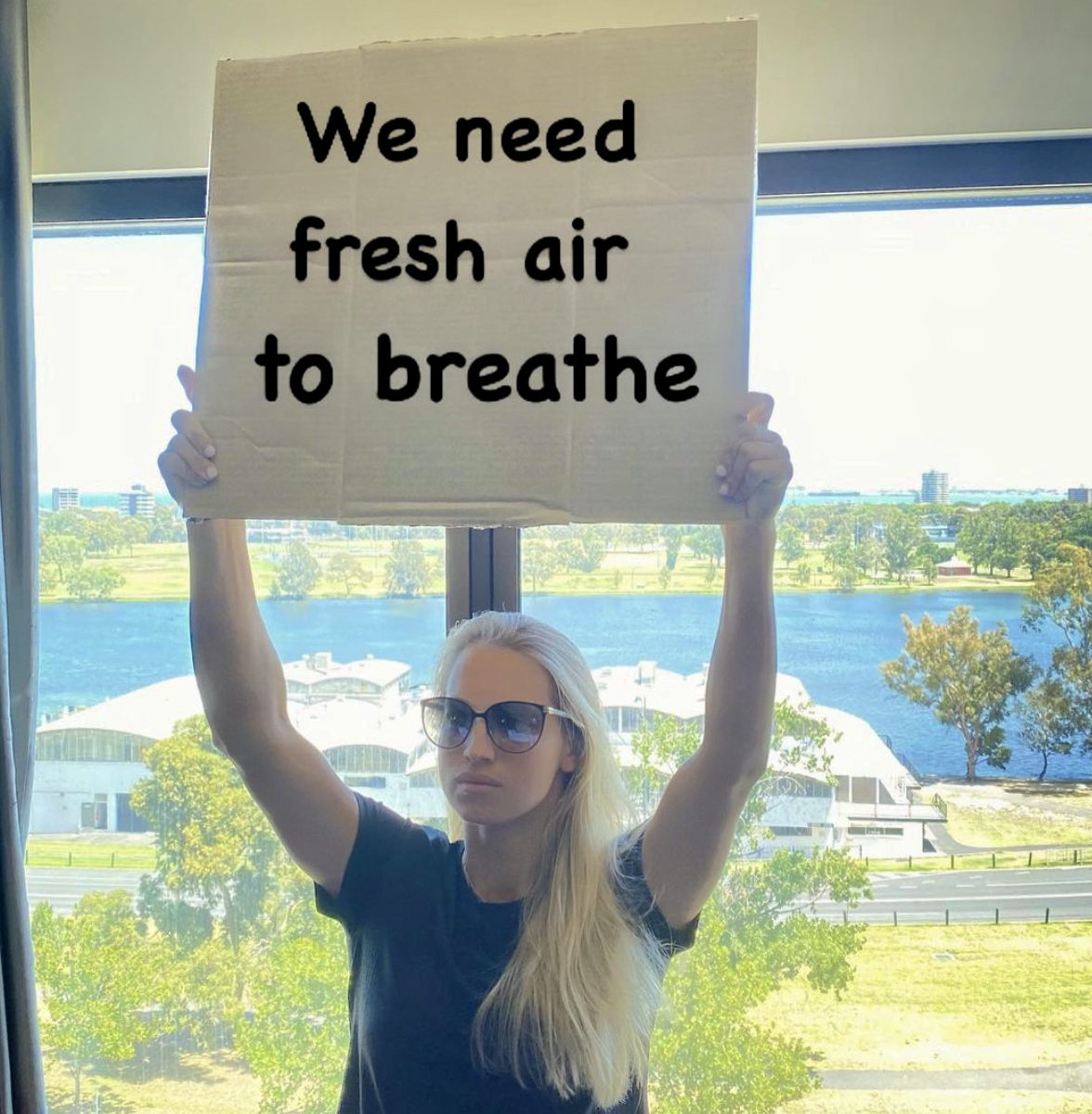 Kazakhstan player Yulia Putintseva has been bizarrely accused of feeding a mouse, which has been caught on video in her quarantine hotel room, by Victorian State police minister Lisa Neville.

Putintseva posted a sign on social media that said, “We need fresh air to breathe”, adding that she needed 10 minutes a day outside or windows that opened.

“In jail, at least you can breathe fresh air two times a day,” she said on her Instagram account.

But a video of a mouse in her room has gone viral, with the latest being viewed more than 50,000 times.

The 26-year-old was moved from her initial room, which also had a mouse, but now says her new room has more.

“It’s actually a lot of them, not 1 in my room now!,” Putintseva tweeted.

Putintseva then tagged former Australian player Rennae Stubbs, who had criticised her for her complaints: “@rennaestubbs And what do you say now? I should not complain and just go to sleep?”

Police minister Neville then accused her of feeding the rodent.

She said that cleaners were unable to service the rooms.

“We’ve had the hotel pest controlled this week and I think there may have been some feeding going on of the mouse,” Neville said.

“We’re doing everything we can to make sure these rooms don’t have mice … I’d encourage them to minimise interaction with the mice and we will keep doing pest control if we need to.”