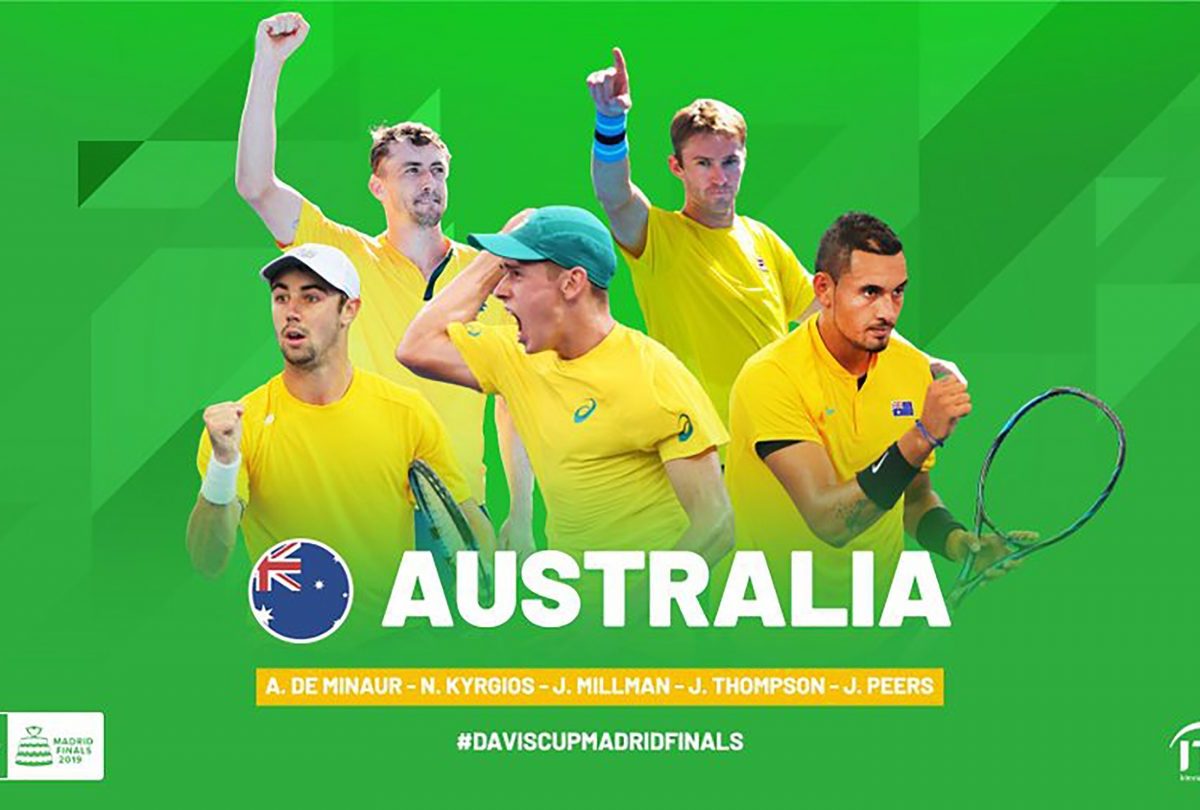 Facebook0Tweet0LinkedIn0Pin0
Captain Lleyton Hewitt revealed on Tuesday that he has brokered a “peace deal” of sorts with Nick Kyrgios which will bring the noted ATP bad boy back in time for the Davis Cup final next month.
Hewitt and Kyrgios have  been engaged in a public feud for months, with the outspoken player slagging the captain and vice versa in the media.

At one point, Kyrgios – currently serving a disciplinary probation period for six months after on-court incidents – was left off of the Aussie Davis selection.

But with his unpredictable game and huge serve, the  No. 30 is too much of an asset to try and do without as the new-look, one-week Davis Cup is staged from November 20 in Madrid by a Spanish management firm run by an ex-footballer.
Kyrgios last played for Australia in February, 2018; but all now seems to have been temporarily forgiven in the name of team unity.
Add the various uproars between the former Grand Slam champion and the hair-trigger wild child, the latest came as Kyrgios accused Hewitt of favouritism in his Davis Cup selections.
Hewitt has already cut ties with Bernard Tomic over similar bad behavour to that of Kyrgios, relying on a rag-tag group of players featuring his current favourite, Alex di Minaur.
“For Nick and I this has been something that he flagged with me around March,” Hewitt told Australian media.
“We sat down at Indian Wells (last March) and went through things and he has been so willing to do whatever it takes to get back into the Davis Cup team and play for Australia.

“Nick’s a different character and I understand that and we’re not always going to put everybody in the same box.

“You’ve got to deal with different personalities in all kind of sports, and I feel like I know Nick as well as anyone.”I feel like on the Davis Cup court he’s done everything I’ve need in the past whenever he’s been a part of the team. He hasn’t put a foot wrong, he’s out there picking up balls, half coaching and encouraging other players.”

Hewitt added: “There’s a lot of things he does in a team environment that I actually think we’ll see the best of him.”

Hewitt said that he got a message from Kyrgios saying “mate I want to get back in the team.”

“I spoke to Nick last night and this morning and he’s up and about (from a shoulder injury)  For me I’d much rather have him on my team.”
DAVIS CUP FINALS GROUPS