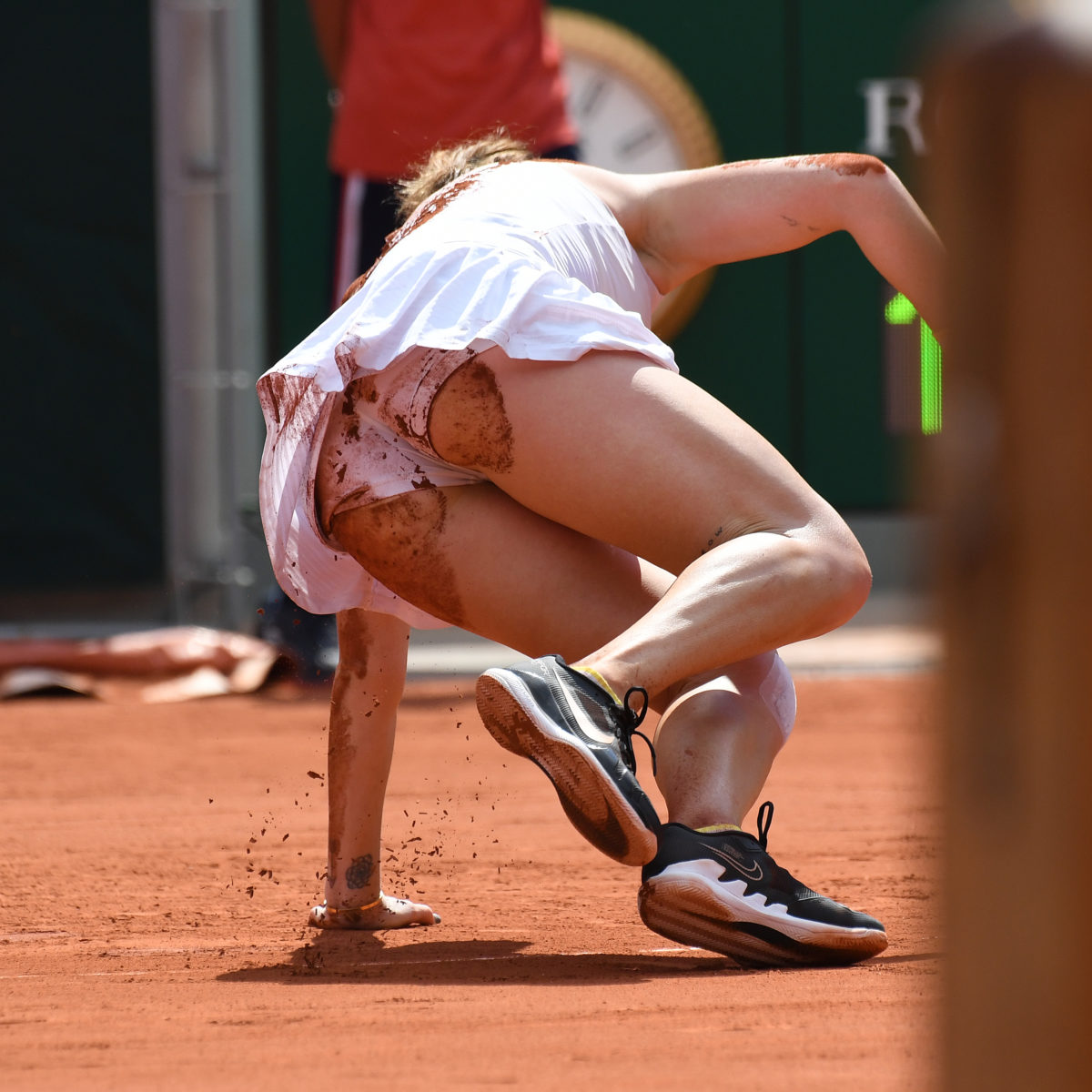 Anastasia Pavlyuchenkova won a French Open quarter-final a decade after first playing one, with the Russian staking a claim on the semi-finals 6-7(2), 6-2, 9-7 on Tuesday over Elena Rybakina.

The 29-year-old Russian winner will compete for a place in the Roland Garros final when she takes on Tamara Zidansek.

The first Slovene women to get this far defeated Paula Badosa 7-5, 4-6, 8-6 in their quarter-final.

Pavlyuchenkova advanced to the final four as Rybakina sent over a double-fault on the Russian’s match point, prompting an eruption of joy from the No. 32.

Rybakina and Pavlyuchenkova will put singles difference aside as they team in a doubles quarter-final.

Pavlyuchenkova advanced in two and a half hours with 46 winners, breaking on six of 17 chances.

Main photo:- Down but not out – Anastasia Pavlyuchenko wins a point, and quarter final, despite a tumble – by Roger Parker International Sports Fotos Ltd.