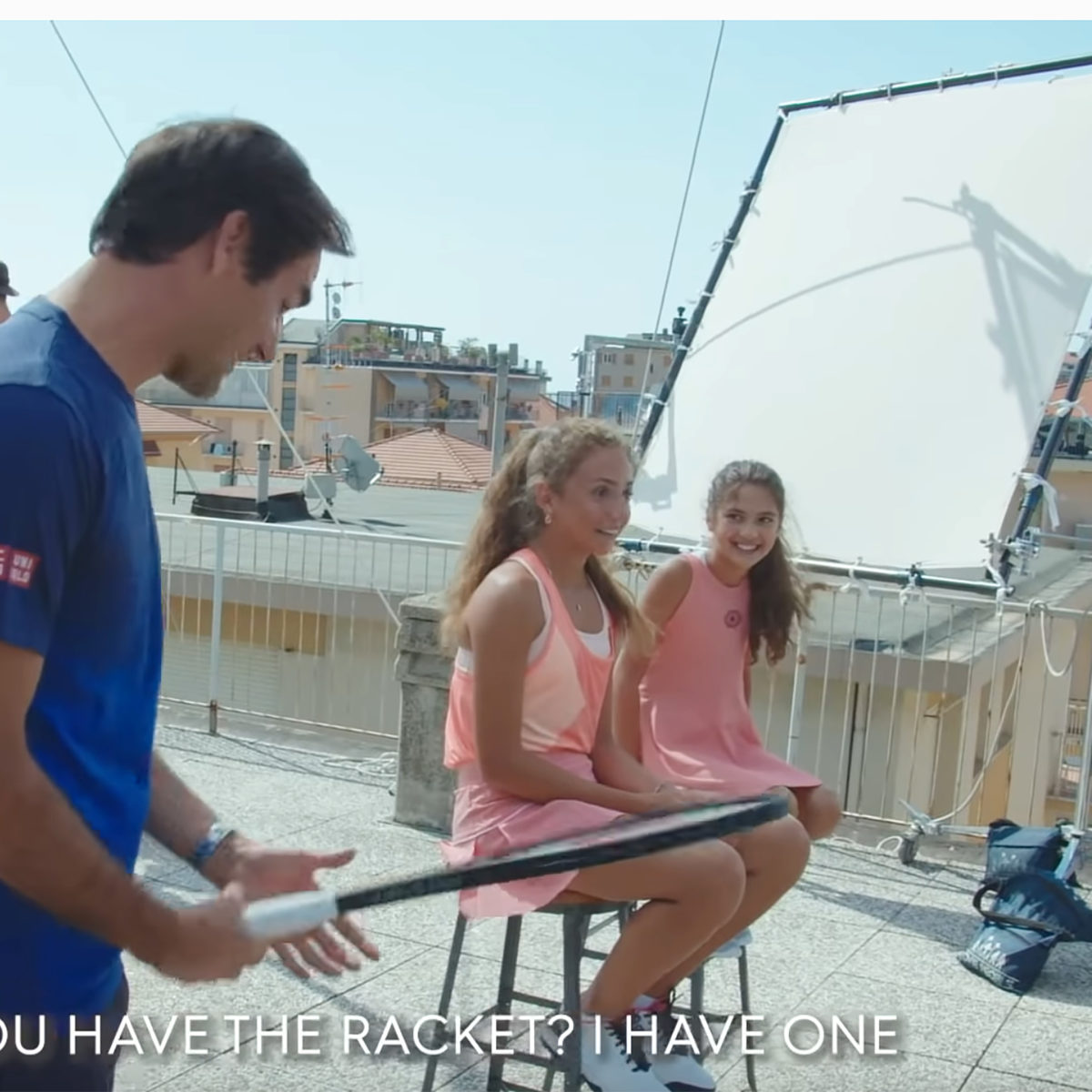 During the lockdown which has crippled tennis since March 2020 Carola and Vittoria, two teenagers from Finale Ligure, in Italy, found a creative way to play a ‘socially distanced’ tennis match, each standing on her own roof, which went viral.

As social distancing became the new normal in this year of the pandemic, people all over the world were forced to adapt and reinvent ways of doing the things they loved. The two girls, wowed the Internet back in April after their video of themselves playing tennis from two different adjacent rooftops went viral.

Barilla, have recently run a series of well choreographed TV ads for their pasta featuring Roger Federer arriving, virtually ignored, at spectacular house parties, only to finish up in the kitchen helping out the chef, award-winning Michelin-starred chef Davide Aldani – well known for his contemporary Italian cuisine and an endless love of al dente pasta dishes.

Barilla’s marketing team saw Carola and Vittoria’s viral social media post and sprung into action, sending a surprise visitor, complete with full TV crew, to the girls at their home in Finale Ligure Italy –  ostensibly to interview them about their own internet sensation.

The video starts with both the girls eulogising to camera about Roger Federer, their favourite player, not knowing that he was hiding behind a curtain on their rooftop. Vittoria says, “If I were to meet him, I would jump on him or I would be starstruck!”  Then within seconds, the star appeared alongside to surprise them.

The video ad then shows Roger, Carola and Vittoria playing a spectacular and remarkable roof-top match, and the girls ended up sharing a memorable day with the Swiss master under the Ligurian sun!