Party’s over for Ash but just starting for Konta, Usual suspects advance in Men’s 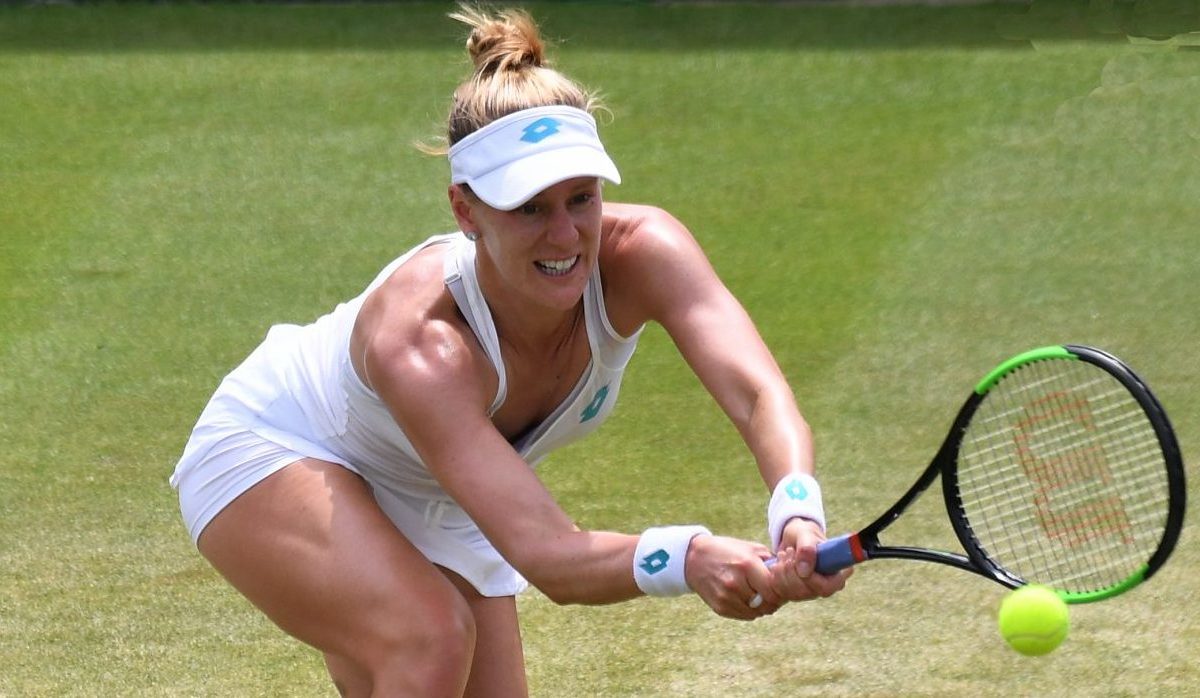 Ash Barty started Week 2 with four straight aces but it was not enough to hold off Alison Riske as the American earned a Wimbledon reward 3-6, 6-2, 6-3 upset of the top seed on Monday.

Defeat at the the start of week 2 at the All England Club put Barty’s top-ranked WTA spot in danger, with Karolina Pliskova able to take it by reaching the final.

But that scenario failed to pan out for the third seed, with Pliskova failing twice to serve out the match and losing to Czech compatriot Czech Karolina Muchova 4-6, 7-5, 13-11.

The match lasting three and a quarter hours came the closest so far of approaching the new Wimbledon tiebreak rule, which would have kicked in at 12-all.

Barty took defeat in her stride: “I didn’t win a tennis match. It’s not the end of the world.”

The Queenslander added: “To hold on to No. 1 would be great, but it’s no big thing. The sun will come up tomorrow.

“I’m so proud of myself and my team over the last six to eight weeks. We’ve had an incredible trip, incredible couple of months.

“Every day you wake up feeling different. I knew what areas I needed to try and focus on. The execution wasn’t quite there today.

“But for me, nothing has really changed. I try to go about it the same way, the right way, the way that I believe works for me and my

“If I hold on to the No. 1 ranking, it would be great. But if we don’t, it’s not going to really change anything we do between now and our next event.”

Riske has been tested through out during the fortnight, having played for four more hours than Australia’s Barty and beating seeds Donna Vekic and Belinda Bencic.

The No. 55 broke ground with her first Grand Slam quarter-final and first defeat of a No. 1 opponent.

“I’m so excited and so proud of myself and how I handled this match,” the 29-year-old winner said. “I just cannot describe what this means to me.

“To win the matches the way that I have is amazing, i’ve really been fighting – that’s the most important thing to me.”

Riske said that even losing the first set was not a problem on the day.

“I knew I had the confidence in my game. I had to play aggressive and take it to her. That’s what I did today.”

Barty’s 15-match win streak which netted her the Roland Garros trophy as well at a grass title last month at Birmingham, was ended in 97 minutes.

The top seed, who fired a dozen aces throughout, missed the chance to become the first Australian woman to make the quarter-finals here since Jelena Dokic in 2000.

Williams, who lined up her 108th career match at Wimbledon, has now won all seven of her matches against Suarez Navarro – all in straight sets.

“The rust is definitely wearing off. Most of all I feel confident that I can actually move and I don’t have to go for winners so soon because I’m in pain,” Williams said after playing only her 15th match of an abbreviated season.

“I can just play my game, hit shots, not have to worry about anything else. It’s good when your mind is clear and you can just play.

“I definitely feel like I’m getting better and better day by day. But every match is still super hard. Today wasn’t like your average 6-2, 6-2 score.”

The rising American teen was unable to make an impression as she ran out of puff after making the run of her life from a qualifying start.

“I had a lot of fun. I still had fun out on the court today even though I was losing.

“I don’t know how to describe how I feel now because, like, the match is still freshly new. ”

The youngster credited “my attitude on the court” for her Wimbledon breakthrough.

“I continued to fight for every point. That definitely helped me win the last three matches. I think if I keep that up, I’ll keep doing well.”

Eighth seed Elina Svitolina reached the last eight with her 6-4, 6-2 defeat of Petra Martic. with the Croatian needing a pair of medical timeouts to deal with hip/back issues.

The 33-year-old who is considering closing out her career, advanced to her second quarter-final here.

At one point, the winner ran off 11 straight games; Mertens was seen by the trainer for a back problem.

Konta will be aiming to surpass the semi-final she obtained here in 2017 and will face her next test against Strycova.

The 50th-ranked Zhang Shuai became the first Chinese women to reach the last eight at Wimbledon since Li Na in 2013. The winner broke through at this edition after losing her first five matches here.

The men’s Big 3 showed their staying power is thriving after a decade and a half at the top of the game, with Roger Federer, Rafael Nadal and Novak Djokovic reaching the Wimbledon quarter-finals on Monday.

Nine players aged 30 or older reached the round of 16 at this edition – the most in the here at that stage in the Open Era.

The veteran top trio bolted into the last eight in straight sets, with eight-time champion Federer leading the way as he accounted for Italy’s Matteo Berrettini 6-1, 6-2, 6-2.

The 37-year-old accelerated into his 17th Wimbledon quarter-final and 55th at a Grand Slam to extend a pair of records. The first set took 17 minutes, the entire affair just 74.

“I’m very happy with a quick win, I’ll take it,” Federer said. “We train to play seven straight five-set matches, but it’s always better if they can be avoided.

“I’m getting into a groove and have energy in the tank.”

“I had a good performance today, I thought it was a really good match for me.”

Nadal hammered the first Portuguese to ever get this far here, Joao Sousa, 6-2, 6-2, 6-2  with a win that put the Spaniard into an eighth-consecutive Grand Slam quarter-final.

The Californian will take a 1-4 record against Nadal into their match – his third quarter-final in the past four editions; the American won their last meeting in Acapulco in 2017.

“He had a close match to be in the final. 2017, it was an amazing year for him,” Nadal said of his Wednesday opponent.

“When he plays well, he can be very, very dangerous in all surfaces… on n fast surfaces, when he serves with his aggressive game, maybe more.”

Djokovic could not get overly excited as he reached his 45th career Grand Slam quarter-final and his 11th at the All England Club.

“You are are always aiming to reach the letter stages of a major,” the No. 1 said, “I always try to set my form so I can play my best at the big events.

“Wimbledon has always been a special tournament that motivated me from my childhood, It was a dream to play here – one that I don’t take for granted.

“I’m just trying to focus on what needs to be done to win matches.”

The Frenchman later said he had played injured with a torn abdominal muscle.

“I’ve been hurt for three or four days, I tried to do my best but it’s not easy. It’s just sad because you can’t do what you want when you want.” 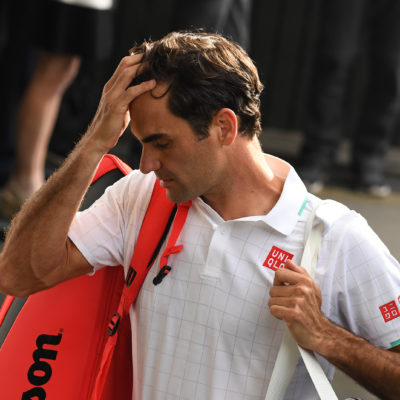