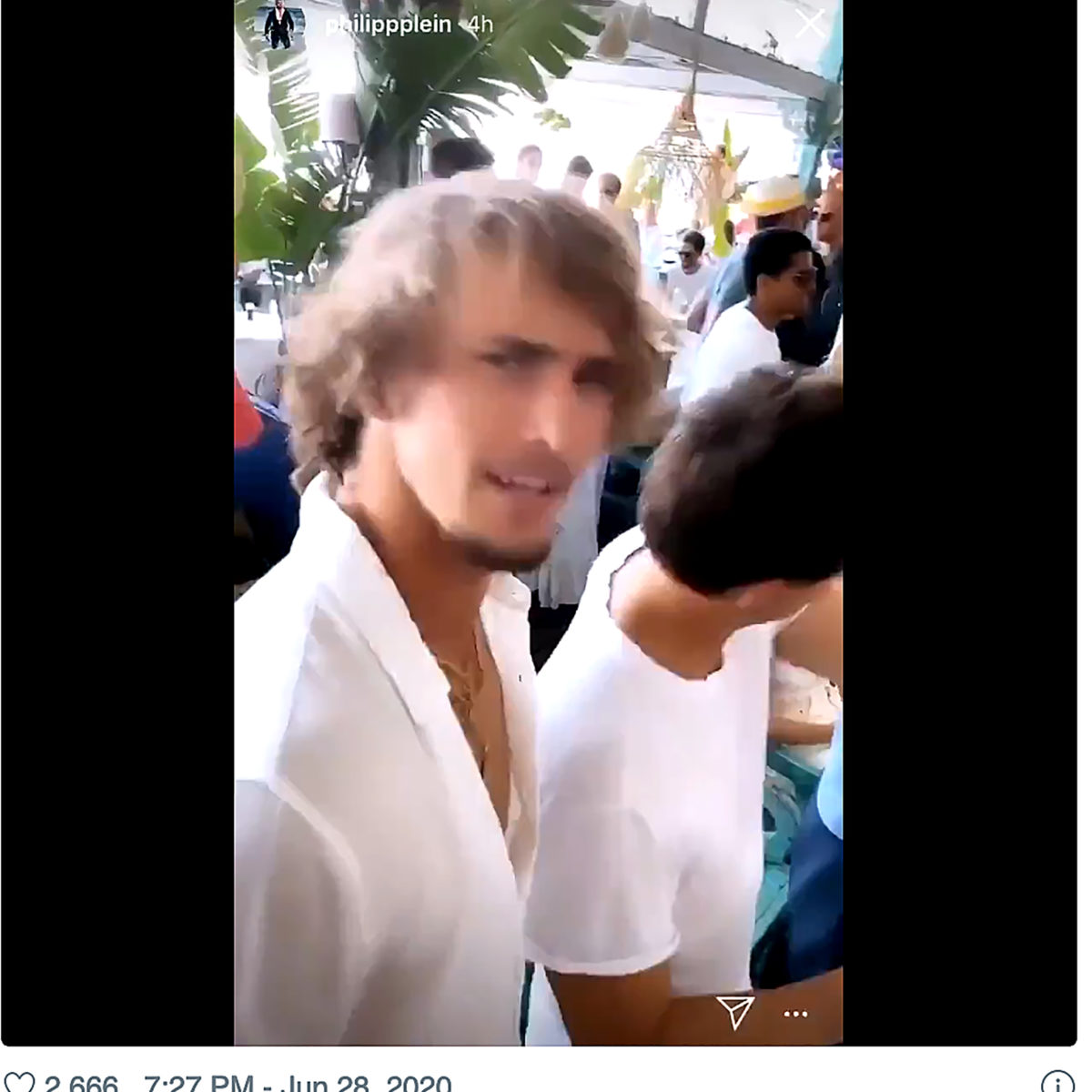 Less than a week after promising to quarantine after playing the virus-hit Adria Cup, Alexander Zverev on Sunday ignited social media by partying on the French Riviera.

The ATP No. 7 had said he would self-isolate after playing in the ill-fated Novak Djokovic exhibition series in Serbia. But his self control didn’t last for long, with a short video post showing him in the midst of a restaurant full of partying young guests.

The episode does not bode well for the US Open, whose officials have vowed that it will be played behind closed doors from August 31 in a health “bubble” in the former  virus epicentre of New York.

The Adria Tour proved to be a goldmine for COVID-19, with positive tests for Djokovic, his wife, his coach Goran Ivanisevic and current players Grigor Dimitrov, Borna Coric and Viktor Troicki.

Zverev tested negative a week ago but said he would go into voluntary quarantine. “I deeply apologise to anyone that I have potentially put at risk by playing this tour,” he said at the time in a statement.

“I will proceed to follow the self-isolating guidelines advised by our doctors. As an added precaution my team and I will continue with regular testing.”

Zverev was seen dancing at the Anjuna Plage Private Club near Monaco in an Instagram story posted by a fellow guest.