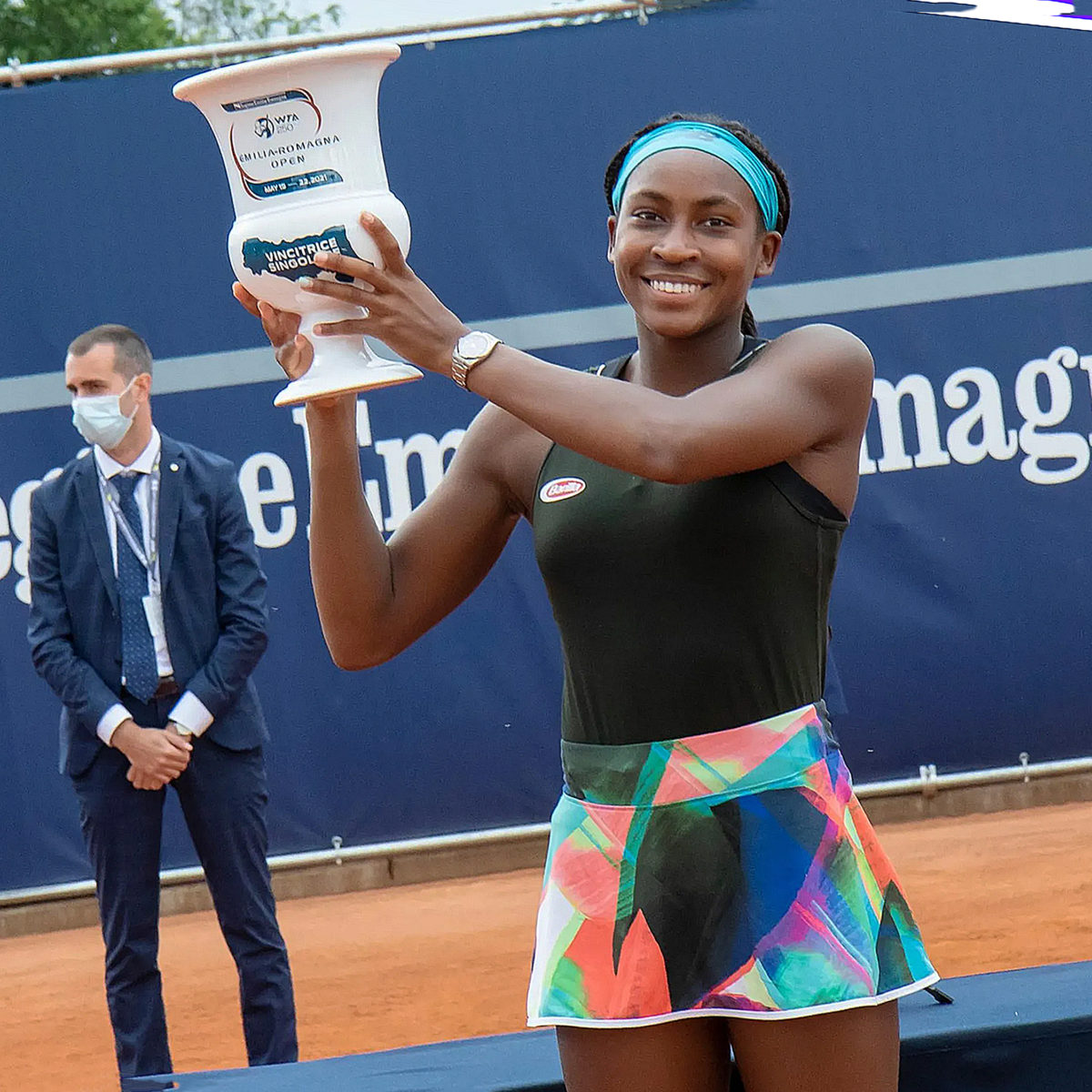 The Italian job for the 17-year-old from Florida was completed in Parma at the Emilia-Romagna Open, an emergency event laid on by the Tour to pad out the COVID-19 era calendar.

Gauff began her day by defeating China’s Wang Qiang – coached by former Wimbledon champion Pat Cash – 6-1, 6-1 in the singles final and then combined with good mate Caty McNally to win the doubles 6-3, 6-2 over second seeds   Darija Jurak and Andreja Klepac.

Gauff becomes the youngest player to scoop two titles at the same event since Sharapova did it in 2004 – three months after Gauff was born – at 2004 Birmingham aged 17 years, 55 days.

“I had a lot of motivation this week,” Gauff said. “I was thinking how cool it would be to win both titles.

“The Italian crowd seems like me, we worked well together. I hope to return next year.

“It means a lot to me to win a trophy on clay, It’s not a surface many people associate me with. But it feels good I like the dirt now.

“I’ve had decent results on clay,it shows you more love than other surfaces.

“It’s just that you get so dirty, you can have it coming out of your clothes weeks later.”

Gauff, who will rise from 30th to 25th in the rankings, added: “I want to keep going higher and higher and get that number lower.

“If (her title at ) Linz was a relief, here I felt it was meant to be. I set out to go for it and trust myself and my shots.

“I’m going into the French Open hoping to build on what I did here. I have a week to get ready.

“I’m hitting good, moving good, my body feels good – I think it will be a good tournament for me.”