Parity or price rise? You decide 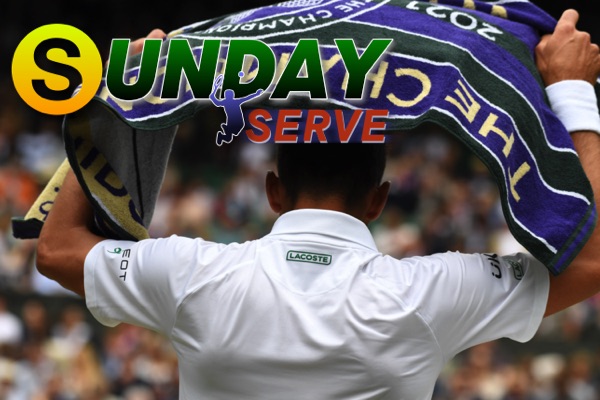 DID Wimbledon put the prices up or down for this year’s tournament?

Or has the PR ‘top spin’ of playing the equality line worked with tennis fans?

Wimbledon announced last week, via The Times newspaper, they were creating price equality by making the top ticket price for the men’s and Women’s final the same – £240 ($325).

So is that equality – or is it a sly price rise?

Surely equality for fans would have been to reduce the men’s prices to that of the women’s?

Wimbledon can argue all they like, but this was not equality – this was a price rise.

But this is not the top price for a seat on finals day. Oh, no.

Because ticket agencies have long made big bucks from selling hospitality packages.

Just look at the prices on offer there for 2022…

So much for equality.

ANDY Murray will be working with Colin Fleming in Doha before Dani Vallverdu returns to his camp in Dubai.

But Murray said this week the situation was “not ideal” and he continues to search for a permanent replacement.

Murray split with long-term coach Jamie Delgado before The Australian Open and then ended a trial with Jan de Witt after his Melbourne exit to Taro Daniels from Japan.

Venezuelan Vallverdu is also coaching Stan Wawrinka, but plans to join up with Murray on a short-term deal.

“I’m just trying to get a more permanent solution so that I can have consistency in terms of the things that I’m working on because having different messages from people who are working with you each week is not ideal,” Murray said.

ITALIAN veteran Fabio Fognini stoked the next-gen debate last week when he said the new crop of young players would not produce matches worth watching.

And the The 34-year-old went further, saying he had no intention of watching the sport once he retires.

“Look, I’m going to be honest. Maybe it’s because I’m from an older generation, but I don’t like the future that is presented for this sport,” he said during a press conference in Buenos Aires.

“It’s all the same, the only thing you see are guys hitting forehand and serve bombs, I don’t like it.’

“When I retire from professional tennis I’m not going to see anything about this sport on television, nor am I going to pay for a ticket to see that, I don’t think it’s worth it.”

Maybe Sinner, Ruud plus a few more have other ideas.

And talking of Sinner, the Italian world No.10 has parted ways with long-term coach Riccardo Piatti.

The decision had apparently been made in Australia last month.

DON’T expect to see Novak Djokovic at a slam court near you anytime soon if border restrictions in France and The USA are any indication.

There is still no indication that Djokovic has been vaccinated, was many are asking whether he will be able to compete in 2022.

He is listed for the Dubai Championships, where the unvaccinated are allowed into the UAE as long as they have a negative PCR test.

But Indian Wells looks a no-go as currently, individuals have to be double vaccinated to enter the US, unless a government exemption is granted.

And an exemption is unlikely to be given to Djokovic given the political furore that surrounded his deportation from Australia.

So the Miami 1000 looks out as well for the World No.1 – as does Monte Carlo and the French Open, where unvaccinated sports stars are banned

MEANWHILE, Daniil Medvedev, just over 1,000 points behind Djoko in the rankings, could take over top spot with a couple of good tournament wins.

Former world No. 4 Belinda Bencic has been diagnosed with ‘something’ in her lungs after her recent battle with Covid 19.

“I have been diagnosed with something in my lungs which is not normal,” Bencic said.

“I’m happy I can play but it’s going to take me a while to recover—they said about two, three months.

“I think it happens with a lot of athletes that your fitness, it’s not the same level. “So, it’s very tough but I have to, you know, just work with what I have.”

THE power of social media has been exposed through women’s tennis with Emma Raducanu’s off-court ratings beating her on-court achievements.

Raducanu’s Instagram following rose from 10,000 at the start of 2021, to more than 2million by the close of last year.

And there were more that eight million Google searches for her in September last year – more than several established IK sports starts combined.

Raducanu was the third most searched for person in the UK in 2021, behind only soccer star Christian Eriksen, who suffered a minor heart attack on pitch during the European championships and disgraced British politician Matt Hancock.

ATP chairman Andrea Gaudenzi hopes Roger Federer will return ‘sometime’ in 2022, although the Swiss legend is almost certain to miss the first half of the 2022 season.

The US hard court tour looks the likely time.

“We’re obviously looking forward to him being back on the tour, but he’s taking his time after the surgeries he’s had,” Gaudenzi said.

Another Swiss star, Stan Wawrinka, has confirmed he will play at the French Open this year. Wawrinka, 36, hasn’t played for a year due to injury.

Former world No. 3 Del Potro played his final match in Buenos Aires on Tuesday, going down 6-1 6-3 to Federico Delbonis.

“I think I overdid it for two and half years to try and resolve the situation and be able to play, like I did so many other times,” he said of his comeback battle.

“Today is a day I’ll remember for my whole life… I’m still yet to find a place where I feel happier than on a tennis court and now I want to be happy.”

Del Potro’s career was hampered by injuries and subsequent surgeries. His highlight was of course winning the 2009 US Open.

His mother was there to see her son’s final match.

“When it was over, I was able to give mum a hug that I’ll always remember. We’re not used to that being public, but it was really wonderful,” del Potro said.