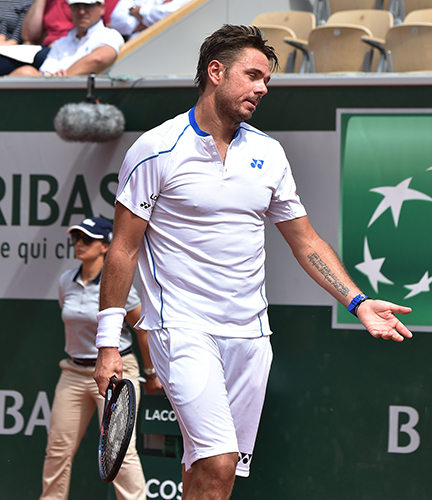 Stan Wawrinka’s pullout from the French Open leaves doubts about the fitness of the 2015 Paris champion after spring foot surgery.

Switzerland’s treble Grand Slam winner withdrew from the clay major which starts on May 30.

The 36-year-old last competed on March 9 in Doha before announcing that he would need a few weeks off after an upcoming foot operation.

With his Roland Garros renunciation, it will be a minimum of three months before he is back on court; Wawrinka has competed in just four events this season, winning three matches while losing four.

The Stuttgart grass event to be played during the second week of Paris, is still touting the Swiss along with Australian NIck Kyrgios as part of its field from June 8.

Wawrinka has been pictured training at his Monte Carlo base in recent days.