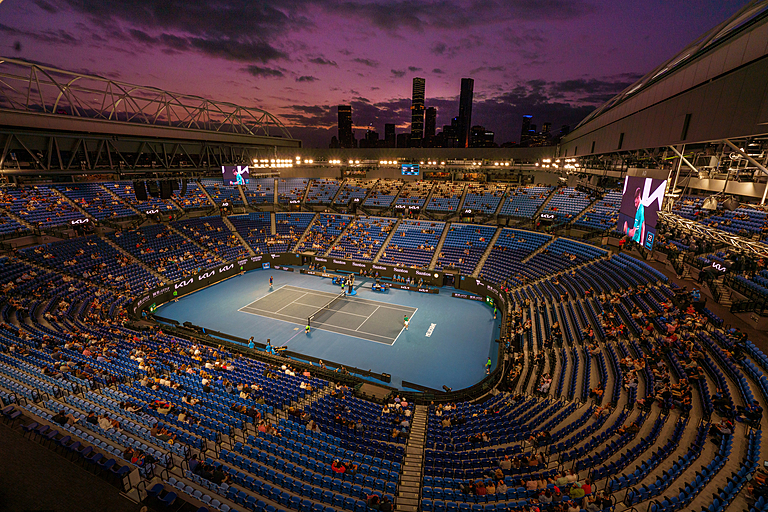 Reports of a possible 2022 change of venue for the locked-down Australian Open had the top tournament official scrambling on Monday to deny that any such move could be in the works.

Australia’s ABC reported that the Grand Slam which got through a COVID-edition last February complete with two-week player lockdown will likely be faced with the same unfortunate scenario next season.

Australia has been closed to outsiders – and even many citizens overseas – since the start of the virus outbreak 15 months ago.

The government has all but said that the island-continent could remain isolated until at least mid-2022.

The ABC said the major could instead be held in Dubai or Doha, a report that sparked an immediate knockback from tournament boss Craig Tiley, who cited the success of this year’s reduced-format,  low-crowd, money-losing iteration..

“We felt like we climbed Mount Everest, and unfortunately now we’ve found ourselves back at base camp. But the one positive thing is that we at least have a path because we have done it once,” he said.

The South African added perhaps hopefully: “We’re going to be here in Melbourne, we are going to make it work, it’s going to be in January.

“We’re going to find a way to get the players here who are currently travelling the world in a bubble.

“We are the only country where quarantine is required. We’ve got to find a way to manage that and we will.”

The administrator said that February’s edition should pave the way for repeat success next year, though he sidestepped reports that international players would just not stand for another pre-event confinement fortnight stuck in hotel room with limited training time.

“There’s lots of speculation about 2022, and it’s the same journey we are going to go on. It’s going to be a ride.”