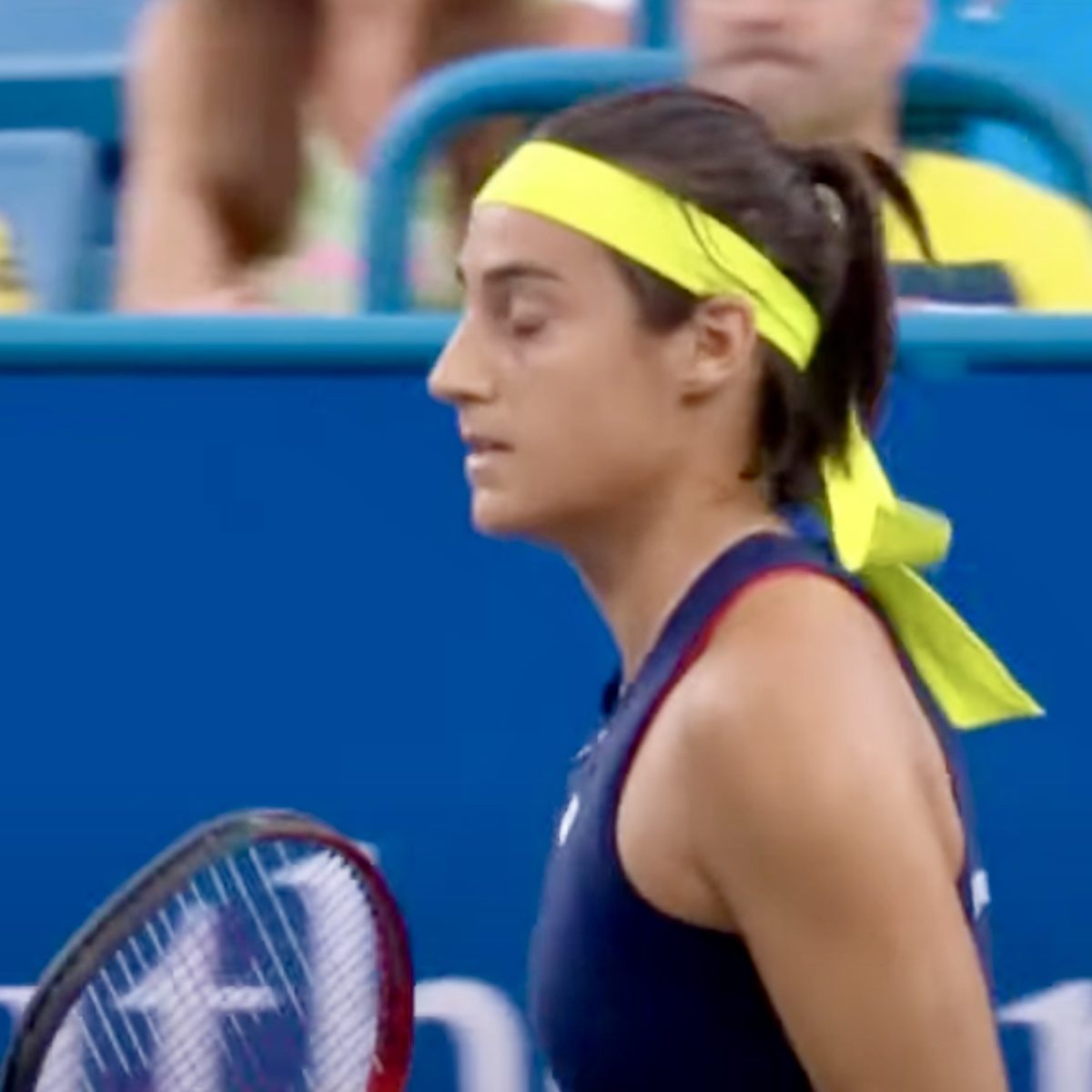 French outsider Caroline Garcia took a page from the Emma Raducanu playbook to reach the final of the Cincinnati Masters on Saturday from a qualifying start.

The No. 35 who entered the pre-US Open test for little more than match training with the US Open starting in nine days.

But like London’s Raducanu who raced to the Grand Slam title in New York almost a year ago, Garcia also wrote a tennis record – albeit much more minor than Raducanu’s accomplishment.

She is the first woman on the WTA to go from qualies to a Masters final, reaching the summit with a 6-2, 4-6, 6-1 rain-interrupted defeat of sixth seed Aryna Sabalenka.

Garcia’s victory was interrupted twice for a total of four hours by rain which swept into the area.

The winner paid little heed to the distraction as she advanced in just over two hours of play.

“Aryna is a difficult opponent, so fast, so strong. We had a lot of very tough rallies and tough weather,” she said.

“You never knew when you would be coming back to the court – but we managed it.”

Following the second rain break lasting 90 minutes, the pair returned and played three last games, with Garcia advancing on a sixth break of her seeded opponent.

‘No one would have expected this to happen,” the French winner said. “It feels great, I’ve had a long journey in Cincinnati.

“I’m proud of what I did and I’m happy to be in the final tomorrow with one more match to play.”

Kvitova will bid for the 30th trophy of her career after putting out home favourite Keys.

“It was an incredible match, I expected it to be tough – but not this tough,” the Czech said as she heads back to a Top 20 ranking thanks in part to 24 winners.

“I have no idea how I came back. In the beginning I lost my serve with three double faults, and it wasn’t really good. Sometimes it happens, one weak game. I came back somehow, the tiebreak was just very, very close.

“I just stayed there and tried to play until the end of every point. It was an incredible battle.

“This is why I play tennis, to compete for the trophies. I got emotional at the end, the match was mentally so tough.”

Kvitova recovered from 0-40 down in her last service game and then broke Keys to polish off the win.