Our week in review: De Witt will improve Murray 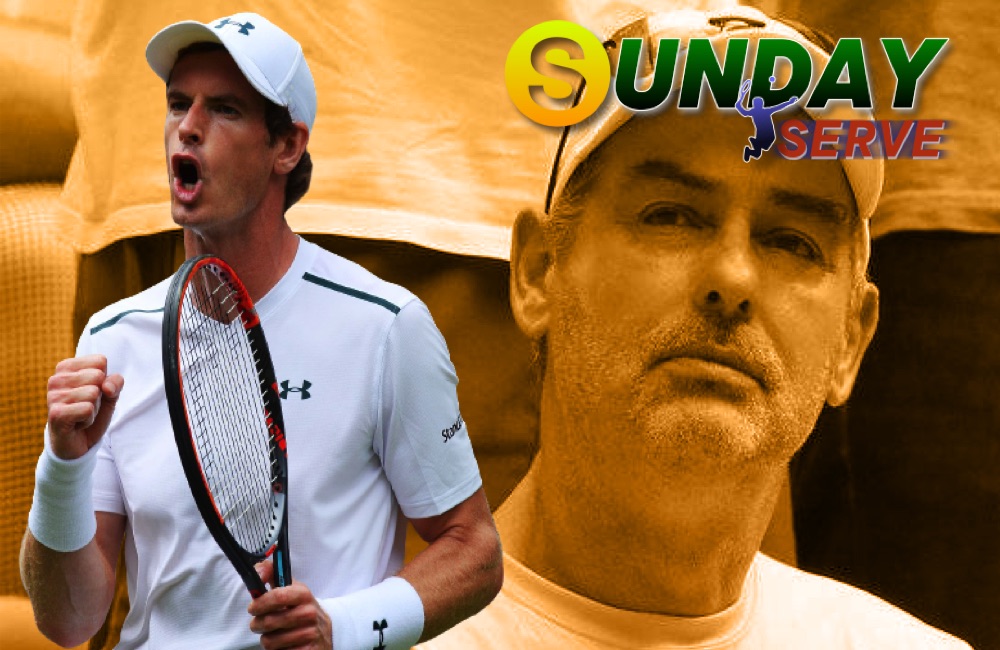 The German will be with Murray at next week’s Mubadala World Tennis Championship exhibition event in Abu Dhabi.

But who is De Witt? The German father of four previously coached Gael Monfils and Gilles Simon as well as Nikoloz Basilashvil, Tatsuma Ito and Viktor Troicki.

De Witt is known for a no-nonsense approach to coaching.

“Jan is very honest and very clear. He says things that you have to hear. You might not like it at the time, because sometimes it is negative,” former world No. 13 Jarkko Nieminen said last year of the coach.

“Sometimes, when I won a match, Jan would tell me that the way I played that day is not going to help me achieve my goals.

“And then sometimes, when I lost, he would be very pleased with what I was trying to do. I felt he was more interested in my long-term development and not just the moment. That made it very easy for me to trust him.

De Witt apparently does not use social media and is known for communicating with his player’s via email – daily.

“My coaching philosophy is very simple. For the player being in the present moment during the match. That is the only way. Action-oriented thinking. The only thing that works,” De Witt said.

Away from the court De Witt loves playing volleyball and watching football (soccer) as well as spending time at the beach.

FORMER world No. 1 Maria Sharapova is definitely one player who might understand what Emma Raducanu is going though with her new found status in the sport.

Ans Sharapova also understands the pressures off the court.

“You learn through it,” Sharapova told The Telegraph in London this week.

“When you’re young and you succeed and become a champion, there are certainly going to be opportunities off court that come your way.

“Emma is an incredible athlete, what she has achieved at such a young age is very rare in the sports world and she has to enjoy every single moment of it”.

“When that happens, it’s incredibly overwhelming, you still can’t quite believe it.

“Emma and her family will cherish that beautiful feeling forever, because it is all so exciting. You’re thinking, did that really just happen?”

Give her space, adds Wade

STICKING briefly with Raducanu, British tennis great Virginia Wade believes the teenager should be given some space as she learns her craft.

“There are an awful lot of very good players and she’s got a target on her now. They all desperately want to beat her,” the three-time Grand Slam winner told the UK Radio Times magazine.

“She’s very smart, intelligent, well-balanced, serious. She really applies herself. She problem-solves on the court.”

“We don’t need to expect anything spectacular in the next few years. Give her a couple of good, steady, learning years.

“Getting all these endorsements can turn these young players’ heads.

“You’ve got to remember you got [deals] because you’re a good tennis player, and not for any other reason.

“So you’d better stay being a good tennis player.”

Will he or won’t he?

TENNIS Australia boss Craig Tiley confirmed this week that Novak Djokovic has not received a medical exemption to participate in the Australian Open next month as speculation continued over the world No.1s vaccination status.

Djokovic was named on the event’s entry list, but some believe this does not automatically mean he will participate.

Djokovic has refused to confirm his vaccination status, but does he have to publicly – and does Djokivic?

“No-one can play the Australian Open unless they are vaccinated — either a double-dose of the required vaccines, or a single dose of Johnson & Johnson, which is an approved vaccine,” Tiley said.

“The only condition outside of being vaccinated that you could compete is if you received a medically approved exemption from Australian authorities.”

Maybe, just maybe, it’s not a case of whether he has or he has not been jabbed, but whether he wishes to make his medical records pubic – preferring, as many do, to keep them private?

The Australian Open starts in Melbourne on January 17.

THERE will be a few faces missing from the Australian Open, 2021 runner-up Jennifer Brady confirmed this week she will not be there due to injury – Bianca Andreescu is also missing – and Serena Williams is another sidelined.

“While this is never an easy decision to make, I am not where I need to be physically to compete,” Williams said.

Williams, now 40, has not played professionally since her injury-forced retirement at Wimbledon in June.

We’d all love to see Serena back on court – even if only to say farewell – but age maybe catching up with a women’s tennis legend.

JANUARY in Sydney will kickstart Australia’s summer of tennis – where the ATP Cup will feature 18 of the Top 20 players.

Top seed Serbia, headlined by World No. 1 Novak Djokovic, will lead Group A, which will also features Norway, Chile and Spain.

Second seed Russia, the defending champion, is in Group B, which includes Italy, Austria and home nation Australia.

Germany,with Alexander Zverev, head up Group C along with Canada, Great Britain and the United States.

And Greece, with Stefanos Tsitsipas, will be in Group D, which also consists of Poland, Argentina and Georgia.

So who is playing for who?

Farewell to a ‘great friend’

RAFA Nadal has led the tributes to Spanish tennis legend Manolo Santana, who has died at the age of 83.

Santana becoming a sporting legend in Spain after winning four Grand Slam titles in the 1960’s.

He became the first Spaniard to win the French Open in 1961, defeating defending champion Nicola Pietrangeli, winning it again in 1964.

He then won the US Open in 1965 and Wimbledon a year later, beating American Dennis Ralston in straight sets.

“I have just received the terrible news of the passing of our great Manolo Santana,” Nadal wrote on Twitter.

“You were always a reference, a friend and a person close to everyone.

“We will miss you Manolo; you will always be unique and special. Greetings to your family and a lot of strength at this time.”

New kid on the block

AND finally … the gossip this week in Australia is all about former champion Lleyton Hewitt, who has moved his family north from Melbourne to the Gold Coast of southern Queensland.

Covid lockdowns finally got to Hewitt and his wife Bec, a former Home and Away TV soap star – but one other key reason is their son Cruz, 12, is now a tennis star in the making.

The facility has both hard and clay courts and is recognised as one of the best set-ups in Australia.

“Cruz and Lleyton have definitely been hitting here and a Cruz has played in a few tournaments in the past,” a KDV employee told media.

The Hewitt’s swapped their $15m Melbourne mansion for $4m pad at swish Burleigh Heads, overlooking the Pacific, an hour south of Brisbane.