Our look back at the week in tennis 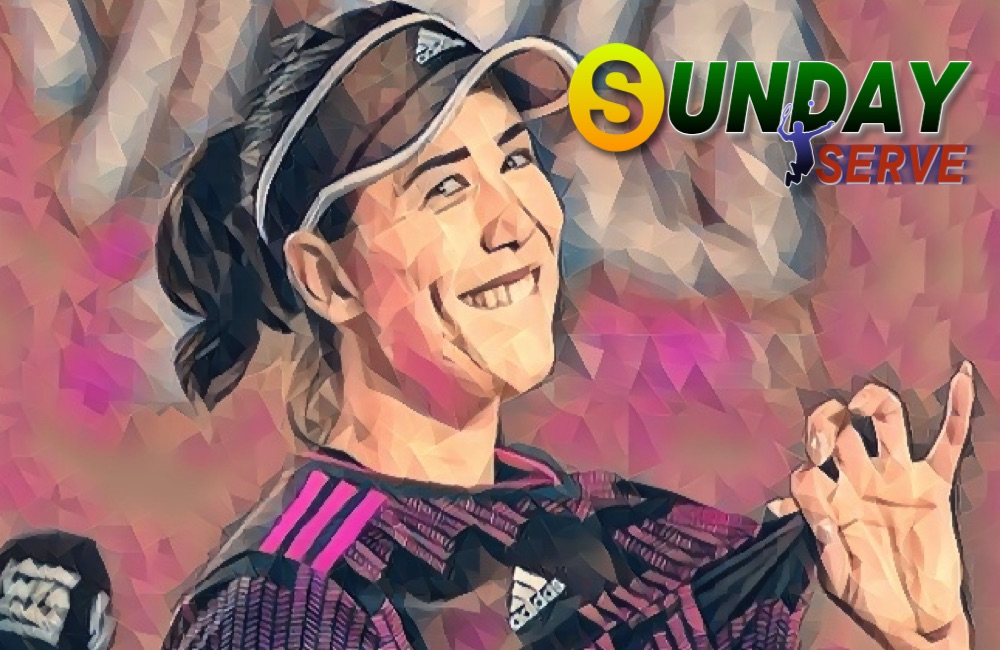 In 2016 Muguruza beat Venus Williams in the Wimbledon final as she was poised to become a tennis superstar.

A year earlier she has won the French Open and she was world No.1 for a month, eventually finishing No.2 behind Simona Halep.

Then it seemed to go horribly wrong.

On Wednesday night she found her mojo again, beating Anett Kontaveit at the Akron WTA Finals in Guadalajara.

At 28, she became the oldest year-end champion since Serena Williams in 2014.

“I’m just very happy I proved to myself once again I can be the best, I can be the ‘maestra,’ like how we say in Spanish,” Muguruza said.

“The last couple of years, I didn’t play the same way I played before.

“But I didn’t play a bad tennis, either. I was just here, there, not going into the deep rounds at Grand Slams that made the difference. I always felt I had the tennis. I was just not putting the battle together.

“I always believe I made finals of a Grand Slam, reached the rankings, I’m like, I have the tennis, I just have to show it. It’s hard, of course.”

Great to see you back at the top Garbi.

Out of lockdown – crowds return

SO Melbourne has emerged from the longest lockdown in the world – the draconian regulations imposed on the good people of Victoria came to and end at midnight on Thursday with the news that the Australian Open will be ‘open’ to capacity crowds in January.

The State of Victoria is on the verge of reaching its 90 per cent vaccination target so premier Daniel Andrews has scrapped most Covid-19 restrictions.

Indoor events will be allowed to host up to 30,000 fans, while events held outdoors can exceed that figure if venues publish Covid-safe plan.

It means Melbourne’s showpiece cricket and tennis events are set to proceed at full capacity, subject to approval.

WHO or what do you believe in the saga over missing Chinese star Peng Shuai?

It would seem WTA chief Steve Simon doesn’t believe the contents of an email, from the player this week – released via the Chinese Communist Party’s own media body CGTN.

The letter alleged to have come from Peng said: “I am not missing, nor am I unsafe. I’ve just been resting at home and everything is fine.”

And then any allegations of sexual assault were “not true”.

Behind the scenes this scandal could not have come at a worse time for President Xi Jinping – as China prepares to host the Winter Olympics in February. There’s also Communist Party elections due.

China has a history of issuing coerced statements on behalf of detained individuals – take a look at the disgraceful way they detained Hong Kong residents.

And they normally shut down any social media accounts that question their authority.

So don’t expect any admissions of guilt or apologies any time soon.

AND … in a new twist on Friday, CNN claimed its signal to China had been blocked in a censorship move to stop the questions over Peng’s disappearance.

The network showed its feed in China had been replaced with colour bars—which the network kept on screen during the segment with a banner that read “CNN China Live Feed.”

Nole still No.1 despite Turin defeat

Djokoovic has had a great season and still remains at No.1 in the rankings.

In 2021, he broke Federer’s mark for the most weeks at World No. 1 and finished top of the rankings for a record-breaking seventh time.

But against the big hitting Sasha Zverev, in a gruelling match that lasted well over two hours, he wasn’t all there.

The signs have been there in the latter part of this year, and picking and choosing events always runs the risk of diminishing your level of ‘match practice’.

“We’ll see. We’ll have to wait and see,” Djokovic said after losing to Zverev.

Zverev was asked if Djokovic’s handling of the vaccine issue should be better respected.

“This is a very tough one because it’s very political,” Zverev said. “At the end of the day I don’t know his criteria.

“But we are visiting another country. This is not about tennis. This is about the virus that is going on, right? … At the end of the day, the country is allowing us to enter. We need to follow the rules and follow the guidelines.”

“Hopefully,” the German concluded, “the Australian government will make an exemption or whatever it is that they can do for him to be able to participate there.”

Given the dictatorial way the Victorian government in Melbourne has locked down its citizens for months, there’s better odds on Kim Clijsters winning the women’s singles title in January.

DEMI Singleton (Serena) and Saniyya Sidney (Venus) had to undergo months of intensive training to learn how to hit the ball, serve and play the kind of power tennis the young sisters were known for in the new movie King Richard, which was released last week.

And their mentors? None other than the Williams sisters themselves.

“They gave us great advice on just growing up in this world and how they felt when they were a kid and to always make sure you stay close to your family,” Singleton said.

The film though does use authentic players as doubles for much of the action.

AND finally… Social media again allows for some bizarre comments, just check out this beauty from a woman named Dr. Jessica Taylor, who laid into the fact that the movie was more about Dad than them.

She wrote: “Did they seriously make a film called ‘King Richard’ about the success of Serena and Venus Williams – but it’s about their dad, Richard?”

If it wasn’t for Dad, would the sisters have had such an illustrious career?

And what Ms Taylor misses completely is the fact that Venus and Serena were executive producers of the film, managing the screenplay and the way it was portrayed from start to finish. They wanted it that way!

Her tweet got plenty of angry responses… “Venus and Serena wanted it that way. They are literally the executive producers of the movie. Please sit down somewhere,” wrote one.