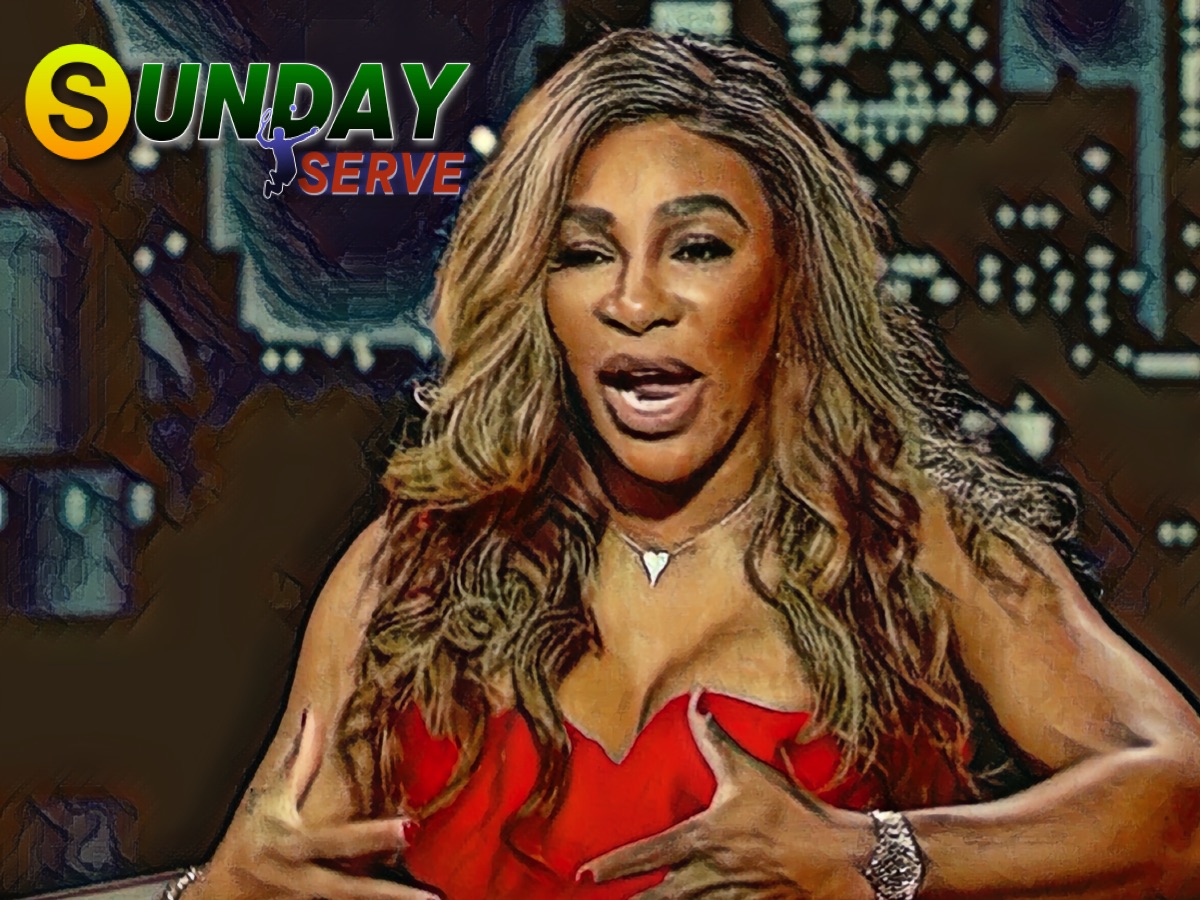 SO Serena Williams is ready to return to the court with Melbourne the next stop on her illustrious career.

Serena appeared on the Jimmy Kimmel show in the US on Thursday night, talking about that return, but also about her injuries of late, and what is was like to see legendary actor Will Smith play her dad in the upcoming movie about her and her sister Venus.

“The hamstring is better. It took a long time, it took forever, but it’s much better now,” she told Kimmel, adding it was really sad to miss the US Open in September.

“It was really sad, I had the most awesome outfit too, I put in extra effort to try to make it but it didn’t work out.”

And Williams explained how she picked up the injury at Wimbledon in June: “I was actually winning and I went for a shot and I heard this noise and I was like ‘oh no’,” she revealed.

TALKING about Melbourne – and injuries – 2020 US Open champion Dominic Thiem has revealed that his wrist has healed significantly and he is confident he will be ready for a trip Down Under in January.

Thiem suffered a severe wrist injury at the Mallorca Open in June and hasn’t played since.

He’s now planning to make his return to the court in Abu Dhabi next month.

“A couple of weeks ago I started playing with soft balls and was able to switch to normal tennis balls during yesterday’s practice session. My team and I strongly believe that I’ll be ready to make my comeback to competition later this year,” Thiem said on Twitter.

The Austrian was also ready to put to bed rumours over his covid-vaxx situation.

“Needless to say that the vaccine is needed to play both events, and in my case I have already been vaccinated,” Thiem said.

Nadal is another who will play in Abu Dhabi next month before beginning preparations for the season-opening Grand Slam in Melbourne.

Nadal had barely played since losing to Novak Djokovic in the semi-final of the French Open, later withdrawing from Wimbledon and the Olympics, before aggravating a foot injury in the US and missing Flushing Meadows.

Nadal will be taking to the courts of Abu Dhabi on December 16, along with Emma Raducanu, Belinda Bencic, Dominic Thiem, Denis Shapovalov and Casper Ruud.

AND Federer? Well, Roger, now 40, has been out of the game with a series of right knee issues, and over the weekend coach Darren Cahill announced that he’s playing during a radio interview.

“Roger is apparently playing, I know he’s doing a lot of work on the court at the moment and we’re pretty sure he’s going to come down to play the Australian Open,” Cahill said.

But Cahill then had to do a very quick backtrack…

“So I rechecked with my contact at TA and we got our wires mixed. My wording should’ve been that he’s working hard and doing everything possible to play the AO. So, my bad if I’ve jumped the gun. Sorry Fed fans. But like everyone, hoping he makes it to the AO.”

We wait and see on Roger, but what about Novak? Or should that be ‘No-vaxx?’

Cahill also weighed in with some personal thoughts.

“Tennis is much bigger than one individual, I think Novak will be here but if he doesn’t come down, the event will still be a major success,” he said.

The draconian Victorian State government in Melbourne recently passed a mandate which requires athletes to be vaccinated no later than November 26 should they wish to play.

And Victoria’s socialist premier Daniel Andrews has stated that unvaccinated stars will not be allowed to compete.

But immigration in Australia is controlled by the federal government and Prime Minister Scott Morrison has suggested they would be allowed if they undergo a two-week quarantine.

Again, we will have to wait and see.

Best headline of the week: Game, Set and Scratch?

THE Australian Age newspaper can be credited with this gem after a covid outbreak in Queensland has put the Brisbane international tournament in doubt.

“While the door is still ajar for 2022, it is a challenge with the current health advice,” Mr Handley said.

“Three weeks from now we are normally beginning the bump-in.”

Mr Handley said the 2022 event had become a “day-by-day proposition”.

THE reigning Australian Open champion could be another returning star to the game in January, after she posted a picture on social media this week announcing she was back in training.

Osaka has become a bit of a divisive figure, claiming she couldn’t handle the media but at the same time using her huge social media following to promote herself and a number of sponsors and products online.

She was fined $15,000 fine and threatened with a ban if she continued to shun media responsibilities.

Osaka has not played competitively since being beaten in the third round of the US Open by Leylah Annie Fernandez.

She held a tearful press conference after the loss, leading to speculation that her future in the sport was in doubt.

At the time she said: “I know I’m going to play again.

”Probably soon, because I kind of have that itch again, but it wouldn’t really matter to me if I won or lost.

“I’d just have the joy of being back on the court, just to… know that I’m doing it for myself.”

She took herself off to Greece to ‘mend’ and it would seem she has recovered.

Nobody wants to see another person suffer mental stress – so it’s good to see and read that Naomi looks to be recovering well, nad we look forward to seeing her in Melbourne as well.

BRITISH teen sensation Emma Raducanu’s appearance on a UK Christmas TV ad campaign for a sports retailer has caused a flurry of amusement.

The WTA Finals play out this week in Mexico – without world No. 1 Ash Barty.

Barty’s reasons – because of the hard lockdown rules still imposed in Australia – are valid, so we’ll move on from that debate.

However, global travel restrictions have prevented the competition from being held in China, so the event will be held in Guadalajara, at the Panamerican Tennis Center.

It starts Wednesday and players will compete against the other three competitors in their respective groups over the first four days.

The semi-finals and finals will be played over the last three days.

So, with no Barty, who is playing?

Aryna Sabalenka is the highest-ranked player in the competition, and she is joined by the Czech pair of Barbora Krejčíková and Karolína Plíšková.

Spanish duo, Garbiñe Muguruza and Paula Badosa are also there, along with Estonia’s Anett Kontaveit, who got in ahead of Tunisia’s Ons Jabeur.