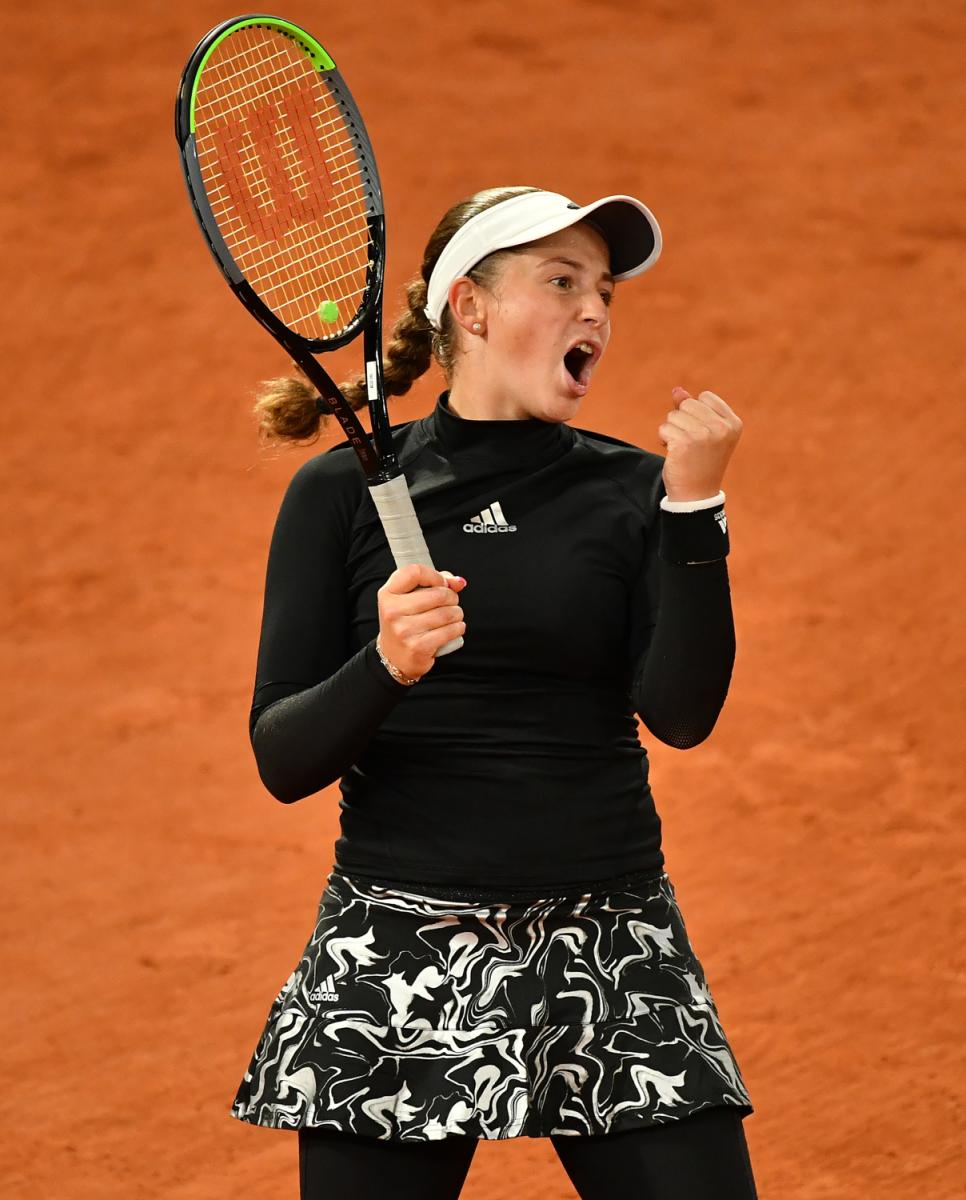 Jelena Ostapenko rolled back the years to her 2017 French Open title days, reaching the third round 6-4, 6-2 over second seed Karolina Pliskova on Thursday.

The Latvian who came into this edition not having won a match at Roland Garros since beating Simona Halep in the final three years ago, broke Pliskova to love to start each of their two sets.

Ostapenko notched her fourth victory over a Top 10 opponent at a Grand Slam as she overwhelmed the Czech in 69 minutes.

Ostapenko lost her first-set break in the sixth game but earned another for a 4-3 lead before serving out the set.

The second began exactly as the first with Pliskova, a semi-finalist here in 2017, unable to hold and No. 43 Ostapenko taking full advantage.

The Latvian kept her nose in front 4-2 and set up a pair of break points with a winning drop shot before converting, 5-2.

Ostapenko lost her way briefly as she tried to serve it out, missing on a pair of match points – a double-fault on the second.

She got a third chance as Pliskova returned long and wrapped up the upset a point later on a return error from her opponent.