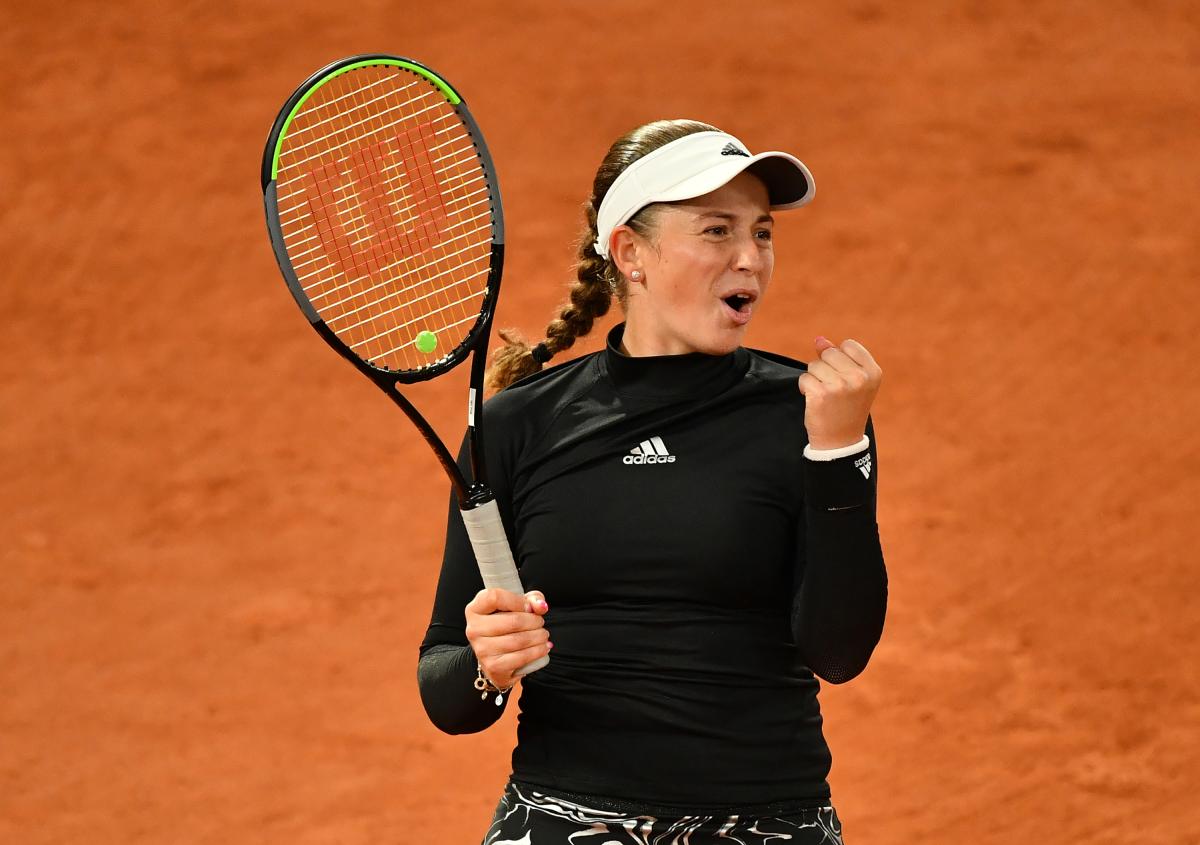 Martic limited her errors to 15 but could find a mere nine winners; Ostapenko next plays Ons Jabeur of Tunisia.

Former No. 1 Victoria Azarenka took two and a quarter hours to go through for a 2-6, 6-2, 6-1 comeback win into the quarters over Czech Barbora Krejcikova, ranked 85th.