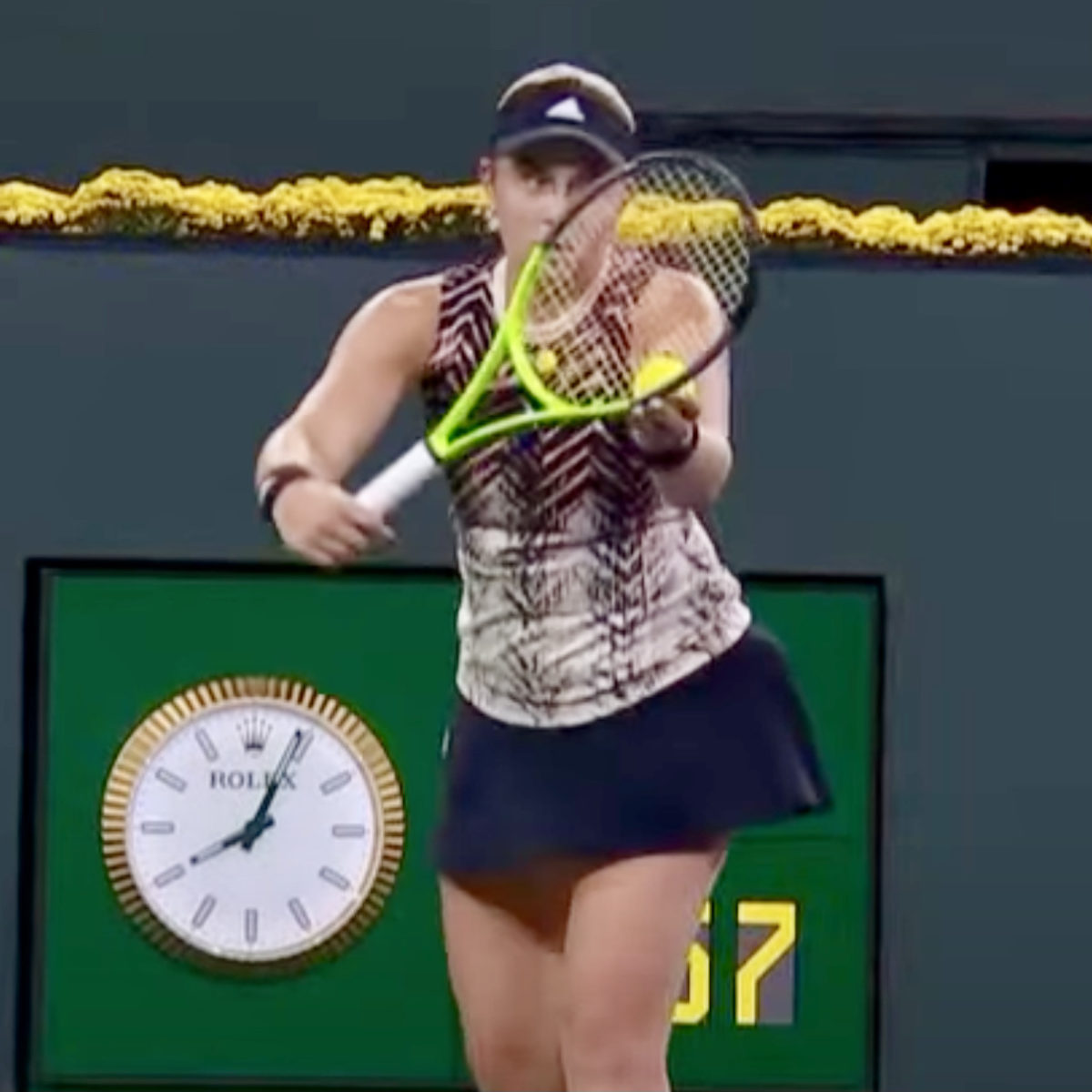 Jelena Ostapenko came back from the brink to defeat American Shelby Rogers 6-4, 4-6, 6-3 on Wednesday night at Indian Wells, to reach her first WTA 1000 semifinal in three years.

Ostapenko won five of the first six games as Rogers struggled, winning only one point on her second serve in the opening set.

As the intensity of Ostapenko’s start cooled, Rogers fought her way back into the set, rallying from 1-5 down to win the next three games before Ostapenko broke her again for the set.

The turning point came after a series of errors from both players.

Ostapenko twice had a break chance and blew it as Rogers took a 3-1 lead.

But the Latvian saved a fourth break point and was back in it at 2-3, and from there she took control to take out the match and reach the last four, where she will meet Victoria Azarenka.