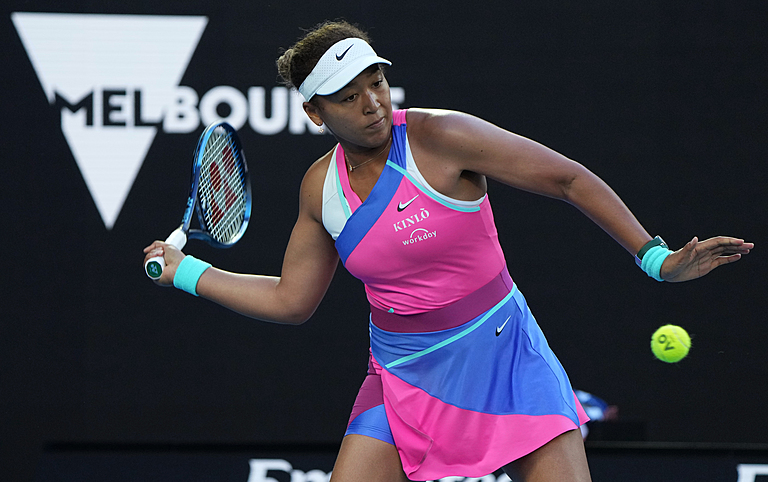 Naomi Osaka suffered a second set wobble before she saw off the challenge of Madison Brengle at the Australian Open today.

Defending champion Osaka overcame her own errors to eventually prevail 6-0 6-4.

“I want to say I returned pretty well,” Osaka said.

“That’s not my usual strength but I’ve been really working on it during the off-season so I’m really glad it came in handy too.”

Brengle couldn’t compete with Osaka in the first set as she smashed 13 unanswered winners and lost just nine points.

But Brengle came out for the second set revived and won her first game against Osaka, raising her fists to the sky and mouthing “yes”, then “thank you”.

Osaka then made a number of errors as Brengle grabbed a break and a 4-3 lead.

That sparked Osaka, and she quickly broke back and rolled off nine consecutive points to take the match.

Osaka will next face Amanda Anisimova, who beat No.22 seed Belinda Bencic in straight sets.