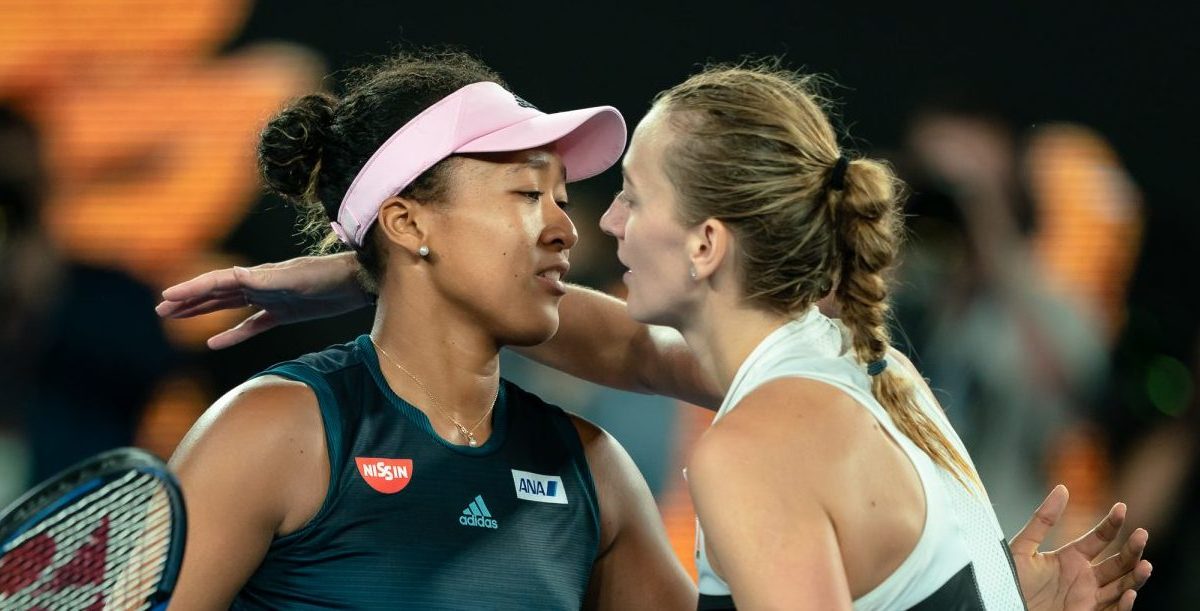 World No. 1 struggling under media spotlight

Shyness is becoming a problem for World No. 1 Naomi Osaka, according to two-times Wimbledon champion Petra Kvitova.

The increased scrutiny in the wake of her success at consecutive grand slams has seen Osaka struggle to deal with the pressures her fame has brought.

Dealing with the media is hard for anyone, but a tearful tearful Osaka admitted it was tough for her after a rare defeat to France’s Kristina Mladenovic in Dubai this week.

Kvitova said Osaka would have to get used to having a target on her back.

“She’s No.1, grand slam winner, everyone just wants to beat her. That’s how players are thinking,” Kvitova, beaten by Osaka in the Melbourne final, said.

“I remember when I was young, I totally had same mindset. That’s how it is … it’s about experiences and coming to the court knowing that you are the favourite of every match. Every player on the other side wants to beat you.”

World No.4 Kvitova clinched her first Wimbledon title in 2011 and found it difficult to build on that success.

“It took me a while … three years to win another grand slam. I was still in the top 10. I was still fighting, but in the big stages I couldn’t do it,” Kvitova, whose career stalled after a knife attack by a home intruder in 2016, added.

“She (Osaka) is kind of a shy person, probably like me at the time.”

“It was really difficult for me, that time, for sure. I totally understand Naomi.”

Taiwan’s Hsieh was two games away from defeat when Kerber rallied from 2-4 down to draw level at 4-4 in the second set, but the world No.31 won eight of the last 10 points to send the match to a decider. The 33-year-old then converted three break points to win.

Third-seeded Simona Halep joined Kvitova in the quarter-finals after the Romanian continued her comeback with a 6-3 7-5 win over Ukraine’s Lesia Tsurenko.