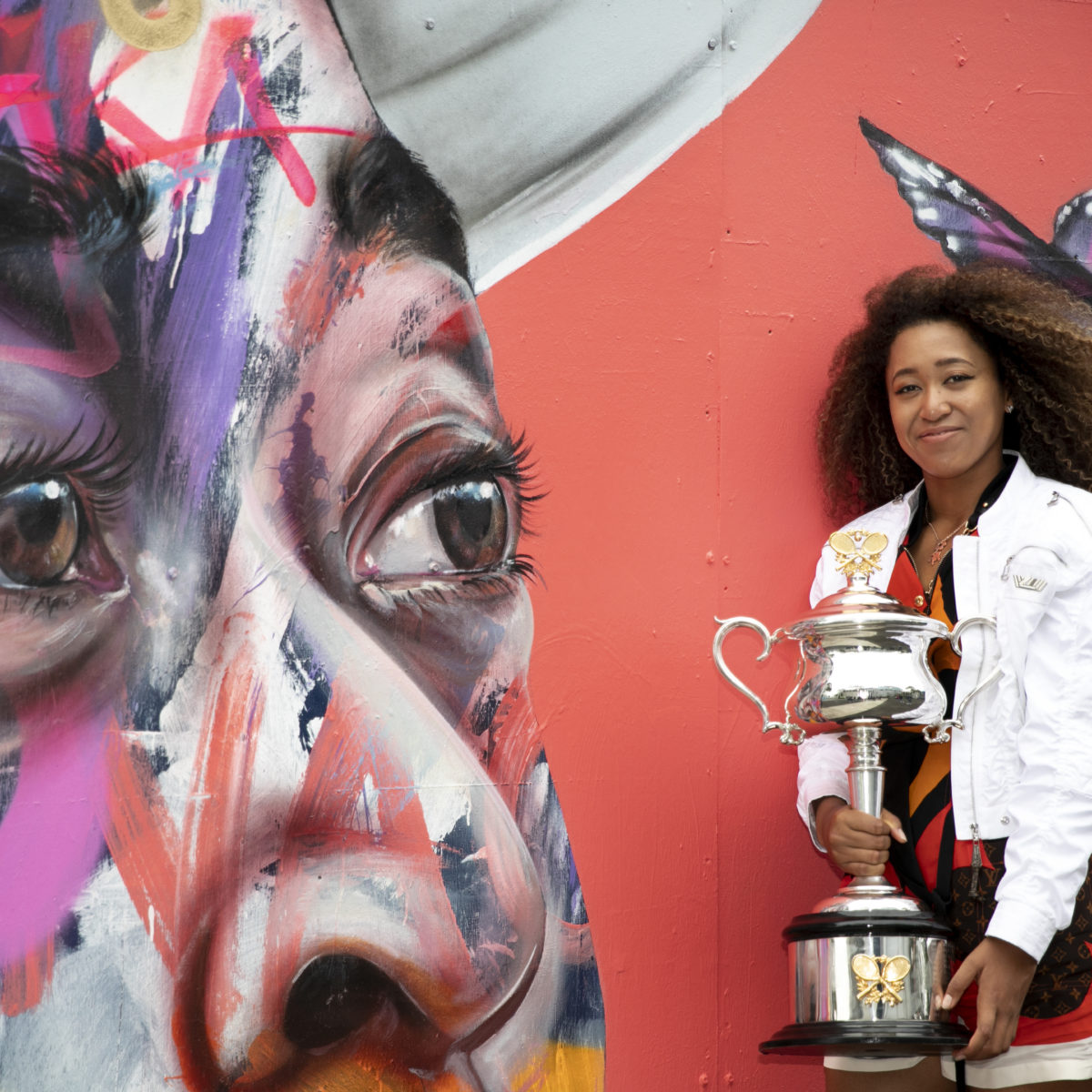 And Japanese media went into overdrive predicting a gold medal for Osaka at the Tokyo Olympics later this year.

“Osaka is a step closer to gold at the Tokyo Olympics,” the Nikkan sport daily wrote.

Osaka spoke during a photo call in Melbourne today, saying she took a two-hour nap after she beat Jennifer Brady in the women’s singles final yesterday, but then said she was already focusing on Wimbledon and Roland Garros.

“The biggest thing I did was take a nap and I won and now I’m here,” she said. “So hopefully I can celebrate a bit more now.

“Bit for me I think the biggest goal right nome is to win Wimbledon or the French Open.

“I think everyone knows that I can do well on hardcourt, but for me I just want to get comfortable on the other surfaces.

“It’s an honour to be this conversation but I also feel my biggest goal is to be more consistent throughout the year, not just randomly popping up and winning a Grand Slam.”