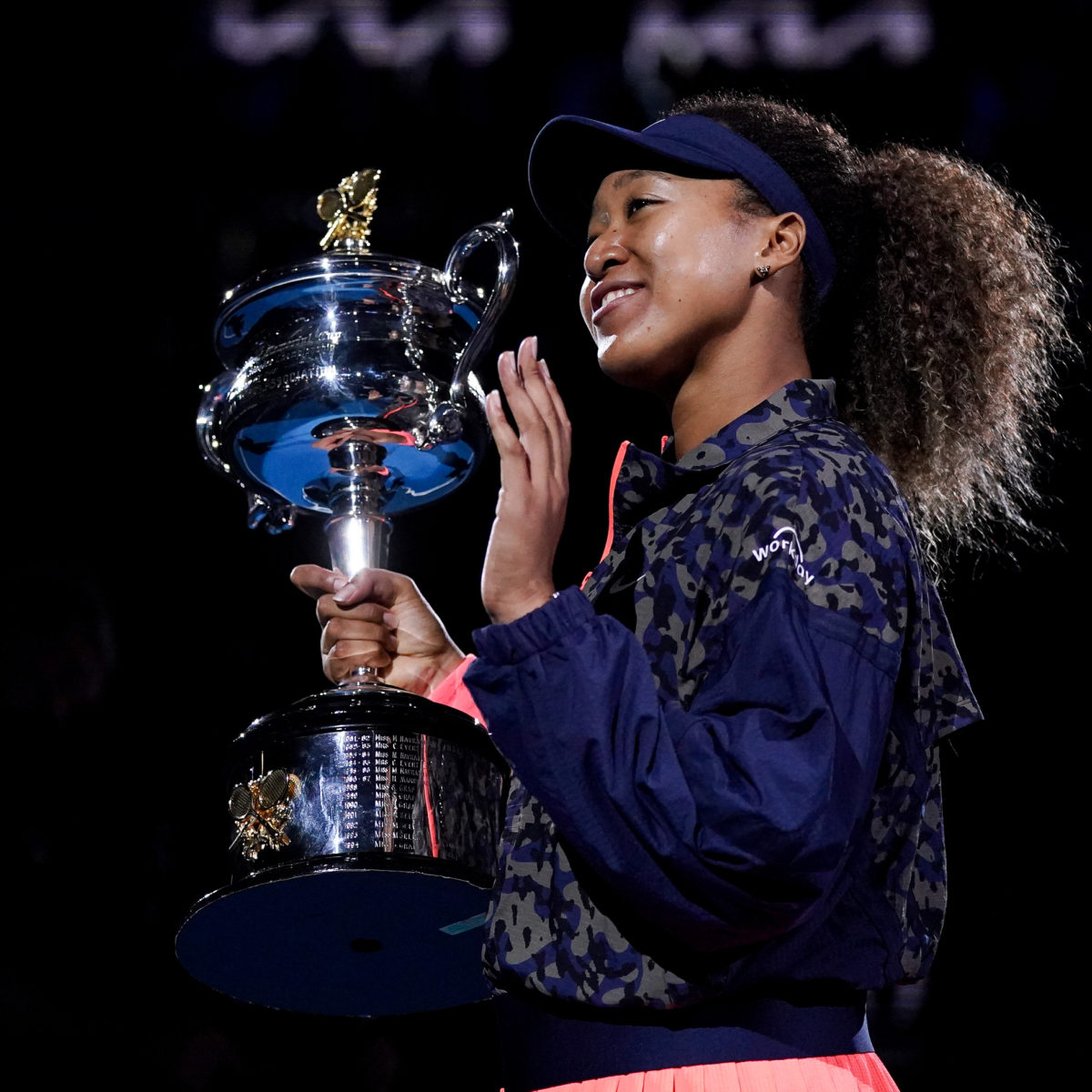 Naomi Oaska can’t be bothered to shoulder the weight of expectations after winning her fourth Grand Slam title from four finals.

Japan’s world No. 3 dispatched a first-time challenger in Jennifer Brady 6-3, 6-4 on Saturday to add another Melbourne trophy to a pair of US Open crowns and the 2019 honours here.

But with four majors in her pocket, the low-key champion is not looking so far ahead.

“After I would think about maybe dividing the 10,  so maybe seven or eight.

“I (don’t) like to take things big-picture. I don’t want to weigh myself down with pressure and expectations.

“I know that the people that I’m playing against are the best players in the world’ if my time comes to win another Grand Slam it will come.”

Osaka lifted her first – and most controversial – Slam title not even two and a half years ago, beating Serena Williams in the infamous “meltdown” final in New York when the American boiled over and flirted with a default.

The third seed’s win brought her alongside Monica Seles and Roger Federer as the only players in the sport to win their first four Grand Slam finals.

“I don’t expect to win all my matches this year.  Somebody can

“I don’t think it’s possible, Players go through ups and downs. I only hope that my ups and downs are less drastic this year.

After success in her last 21 matches dating to last August, Osaka said she still can recall her losses.

“I do remember what it feels like to lose – very vividly. I remember it here (2020 third round to Coco Gauff). I remember how I was feeling and what my mindset was.

“It still makes me sad to this day, it’s quite a lingering memory.”