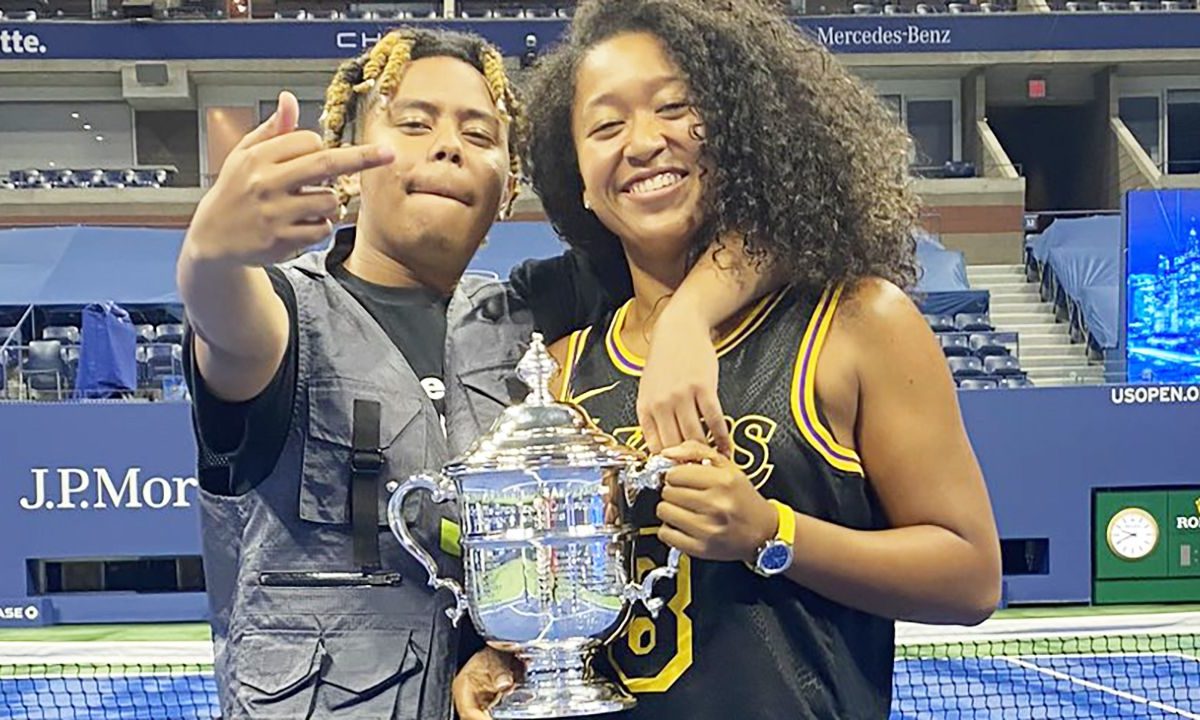 Newly crowned US Open champion Naomi Osaka has found herself at the centre of a social media storm after posting a photo with her rapper boyfriend Cordae flipping his middle finger at photographers after her win on Saturday.

The image has sparked controversy in the USA with many taking to Twitter to condemn the image.

A smiling Osaka is on court with the winners’ trophy as Cordae is pictured flipping his middle to photographers.

American Olympian Lauren Perdue Britt was one of the first to take offence to Cordae’s actions.

“All I can say about this photo is sweetie, you can do better in the boyfriend department,” the gold medallist swimmer tweeted.

And US Sports journalist Trent Courtright didn’t hold back ion his comdemnation.

“Naomi Osaka wins the US Open and her boyfriend makes it all about him. Show some class,” he tweeted.

“The US Open has always been a prestigious event and for them to endorse this behaviour publicly is a shame.

“I’m an advocate for freedom of speech, but flipping the bird when your girlfriend (not yourself) wins the tournament is dampening the gravity of a significant achievement.”

Others upset by the actions were Susan DeVito who tweeted “@naomiosaka your boyfriends hand gesture is disgraceful….why did you take a pic with him doing that? Who was he directing that to?

And one tweet asked how her sponsor Yonex felt about the image.

Many fans called the image ‘disgusting’ and some asked where the apology was.

Osaka and Cordae made a number of political statements during the event, with the latter wearing a shirt that said “defund the police” at the final.