Optimistic Madrid hoping for fans in the stands 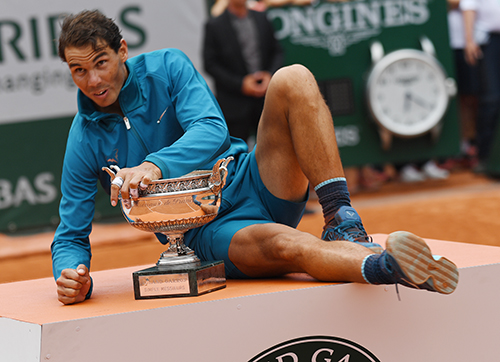 Madrid Masters boss Feliciano Lopez is optimistic that a certain level of fans will be allowed onsite at the Caja Magica for the September 13-20 pre-Roland Garros event.

The TD is hoping to follow the lead of the French Open, where Paris officials are trying to win municipal permission for up to 20,000 masked and socially distanced spectators (60 per cent capacity) a day onsite and spaced suitably apart in the stands for matches.

Madrid, like Rome which is due to follow the next week in the run-up to the September 27 Grand Slam start in Paris, is normally played in May, but has been reset for the autumn due to COVID-19.

Lopez, still an active ATP player, told Essentially Sports: “‘We are very confident that we will be able to have some spectators.

“We are working on that with the Government of Madrid. We presented our protocols a few days ago.”

Lope characterised Madrid officials as “very happy, very surprised of how strict our protocols are in terms of safety for the fans and especially for the players. We are very confident that we will be able to have some spectators.”

he added that it all depends on the generally fast-improving European virus situation.

“If we don’t have another wave of COVID 19 during July and August, we are confident that we can have more percentages. Maybe we can have a little bit more if the situation continues to get better.’

Lopez is keen to avoid any comparisons between the Madrid tournament and Novak Djokovic’s disastrous Adria Tour last month which resulted in positive virus tests among players and others in the ill thought-out Balkan tennis circus.

A smaller event in Atlanta weeks later yielded the first positive virus test for a known player, with Frances Tiafoe of the US falling victim.

‘Every tournament now needs to provide a lot of safety because after everything that happened in Serbia and some other tournaments,” Lopez said.

“I know we are taking risks when we decide to deliver the event, but I think tennis needs to resume.

“If we do things properly, I think we will be able to resume the Tour and we as players will have the chance to compete again and I think this is what we need right now.’

Madrid’s position in the cobbled-together autumn calendar in the wake of the 2020 tennis shutdown means that – along with various quarantine restrictions for anyone crossing the Atlantic from the US to Europe or vice versa – competing in both the US Open which ends on September 13 and Madrid is theoretically impossible.

Madrid can already count on the entry of Spanish tennis icon Rafael Nadal, who will surely be building for an attempt on a record 13th Roland Garros title from September 27.