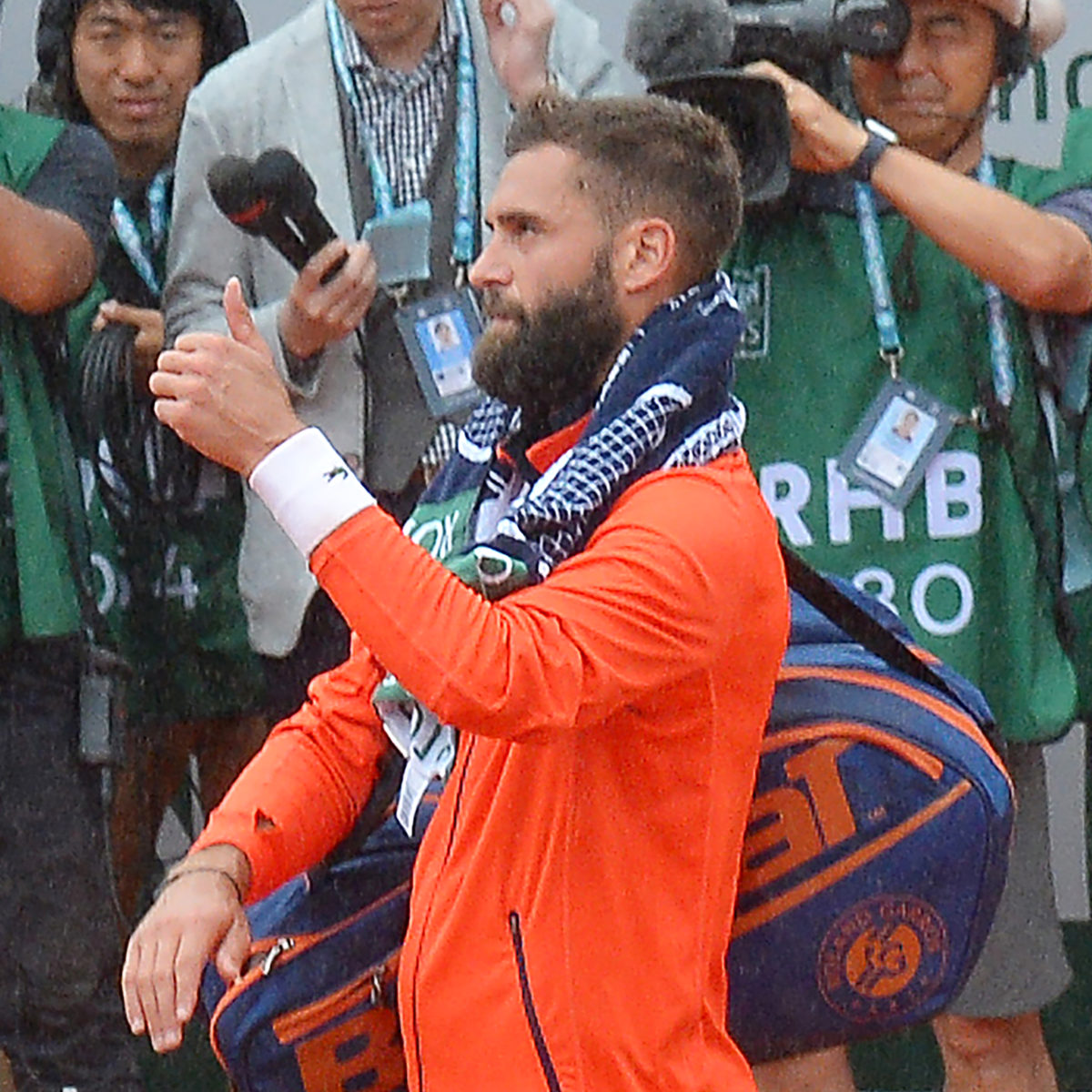 Hardline US Open virus now seem more like a mere suggestion after officials gave the all-clear on Monday’s opening for up to 11 players to participate after coming in contact with Benoit Paire.

The Frenchman was withdrawn from the Grand Slam on Sunday after his positive COVID-19 test was revealed.

But after sleeping on it, tournament bosses gave the go-ahead for the “suspicious 11” to take their places in the field – but only after signing away a few more rights specified in a document drawn up precisely for them alone.

Paire wins the dubious award of becoming the first player to test positive inside the “bio bubble” which officials claimed is all but foolproof.

But the regulation that any player who might have been in contact with a positive virus victim would not be allowed to take to the court has apparently been modified on the fly in executive suite.

The USTA and it’s lawyers have not released the names of ATP players involved but it was not too hard to work out – even without more than a handful of local New York journalists on site at the no-fan, quarantined event.

With Paire a big locker room socialiser and avid card player, his partners in crime are most likely compatriots

Paire reportedly trained with Russia’s 2019 finalist Daniil Medvedev and had likely been in contact with Frenchmen Richard Gasquet, Adrian Mannarino, Gregoire Barrere and Edouard Roger Vasselin among others.

The secondary waiver the group of 11 each reportedly had to sign included stipulations to avoid certain areas around the deserted grounds, including the racquet stringers office.

All players have apparently been told that bags cannot be left in the locker room, turning the venue into something resembling an airport with its masses of luggage being carted around constantly.

USTA TD Stacey Allaster said the reversal of the draconian “one and done” virus test rule was changed  on the basis of “medical science and all of those facts.”

Contact tracing has been executed, decisions have been made and we’re continuing on to have those individuals in the competition based on the medical science and all of those facts,” she told The Tennis Channel.

Critics suggest the USTA wants to keep lucrative TV contracts at all costs.

French doubles player Roger- Vasselin told L’Equipe he and his “suspicious” colleagues were living in “a bubble inside a bubble” with rules prohibiting riding lifts at the tennis venue, no access to the locker room and eating alone in his hotel room.

“We can train normally with whoever we want, but today it will be I think with others (contact cases). And my doubles partner (Jürgen Melzer), I can only see him on the court or during the match. Not otherwise …” he told the newspaper.