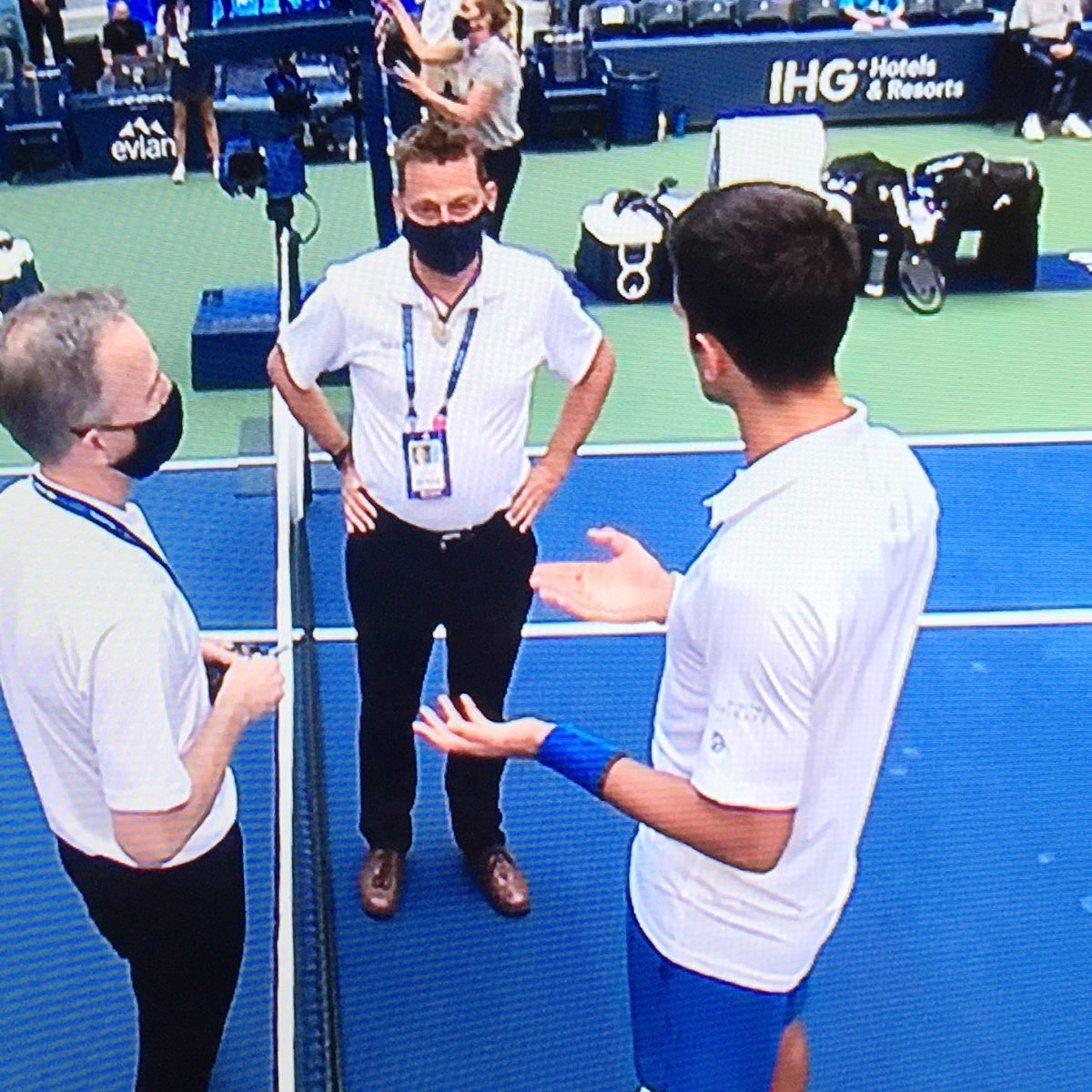 Decision-making in the Novak Djokovic scandal which rocked the US open at its halfway point was complicated by a lack of video evidence.

Tournament referee Soeren Friemel, in only his second year on the job, said Sunday night that with no video replays, he had to rely on the rulebook and his gut feeling as he defaulted the world No. 1 out of the Grand Slam.

Djokovic accidentally struck a lineswoman in the throat with a loose ball after dropping serve in the opening set against Pablo Carreno Busta on Sunday.

“We do not have a video review in place here at the US Open,” the officials said.

“At all the Grand Slams there is no video replay so I do not have the option of looking at any replay, and yes, the impact or the speed of the ball certainly has an impact on the decision.

Djokovic lost USD $250,000 in prize money plus was fined $20,000 for skipping post-match virtual media at the locked-down event being played amid the COVID-19 pandemic.

The Serb world No. 1 will also cop another fine for his action.

Friemel said the call, which took around 15 minutes of discussion on the Ashe court with other officials and Djokovic himself, was tough to make.

“I didn’t do it on purpose, so I shouldn’t be defaulted for that.

Djokovic later apologised on Instagram after leaving the grounds in a car. His upcoming schedule, with Rome likely to start this weekend to be followed from September 27 by the rescheduled French Open – virus conditions in France permitting – remains unclear.

The Open is now without an defending champion in the field at the quarter-final stage,

“The line umpire was clearly hurt and in pain, she went to the ground and we had to take care of her,” Friemel said.

“In this situation it’s especially important that we are 100 per cent sure of exactly what happened, especially since I was in the referee’s office.”