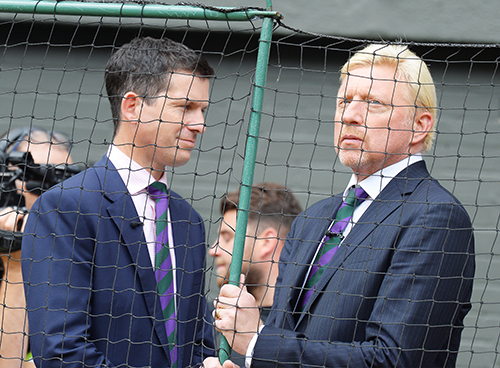 Novak Djokovic can hardly count on the love of the crowd – Serbs excepted, naturally – when and if he tees up on court at the Australian Open.

Boris Becker, who coached the world No 1 from 2014-2016, gave the BBC some words of warning for the vaxx-adverse Serb whose border entry saga has been an international incident for nearly a week

With Djokovic out of immigration confinement – but not out of the woods with a minister still due to deliver a binding judgment on the situation even after Djokovic won a legal challenge, it will be anything goes in the stands of the Rod Laver Arena from next Monday when the major begins.

“I’m sure there will be a couple of boos and whistles, but he’s used to that,” Becker said .

“He was always a street fighter who had to fight the odds and win over the crowd, and it was fascinating in last year’s US Open final when they finally embraced him.

“The crowd will be difficult with him but with each match he starts, he will win the crowd and they will embrace him again. But he is going to have a difficult first week.”

Becker warned that the anti-vax stance which got Djokovic into his current predicament is sure to be repeated as countries crack down on those who refused COVID jabs.

“I’m sure the French Open and Wimbledon will be watching the Melbourne saga, and I’m sure they will have strict rules on who can play and who cannot play.

“It’s everybody’s choice but life is more difficult if you don’t want to be vaccinated.

“Personally I’d advise him to be vaccinated eventually because life would be easier for him, but ultimately it’s his choice and we have to respect that.”