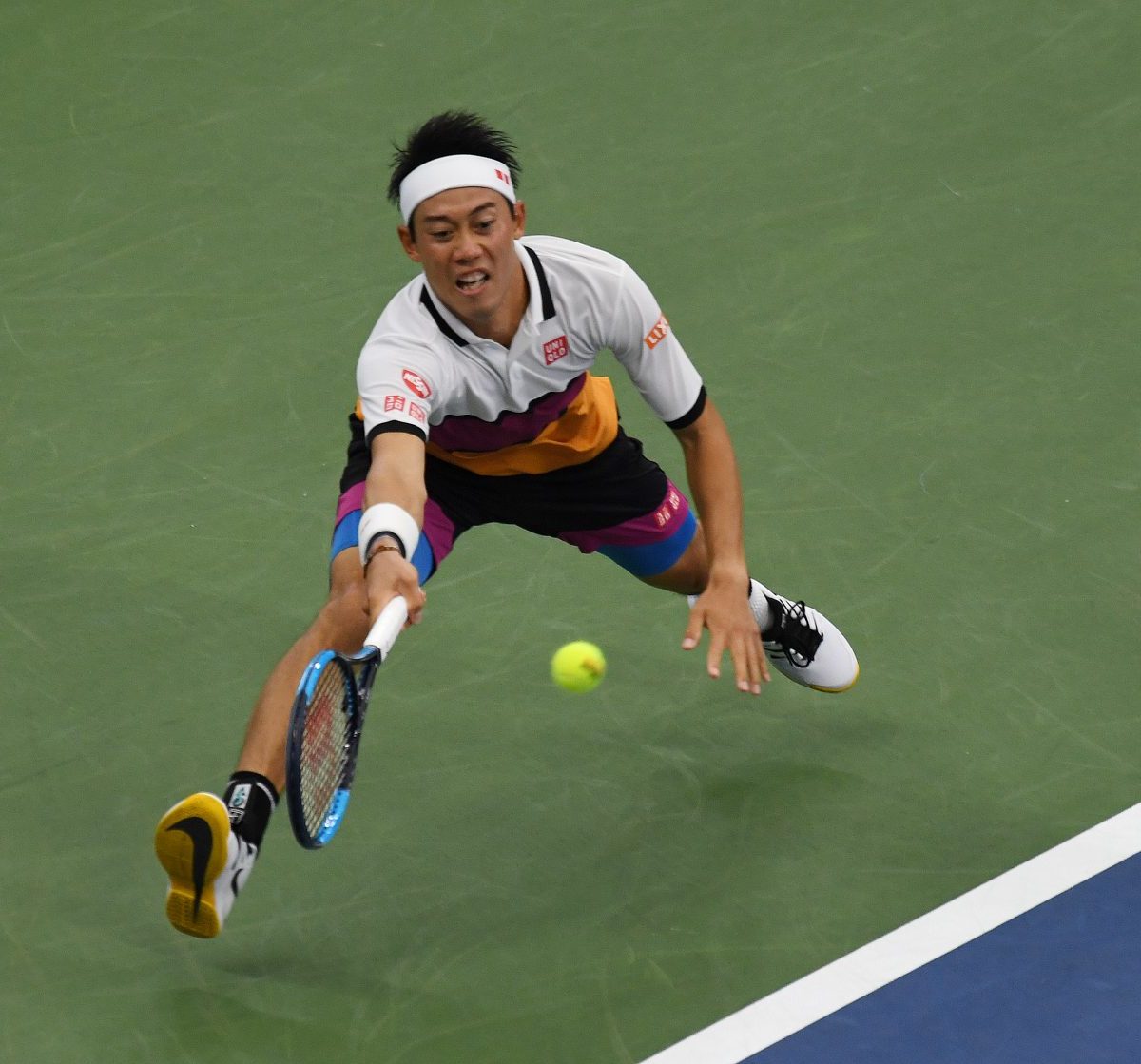 Kei NIshikori withstood 13 aces off the racquet of American giant Reilly Opelka on Sunday to reach the second round of the ATP event in Dubai 3-6, 6-3, 6-4.

The newly married US Open finalist from 2014 found the key to his 6.1 metre opponent’s huge serve with a comeback win lasting just over 90 minutes.

The Japanese ace answered with four aces of his own as he got a handle on Opelka’s big game to move into a second-round contest against fifth seed David Goffin.

“I played a very solid match today,” the winner said. “I tried to focus on my first service game because I knew there wouldn’t be many chances on my return game.

“I tried to make my first serve and I think I did quite enough. I surprised myself how I returned well on break points.”

NIshikori is appearing in the emirate for the second time; he managed two breaks of the Opelka serve.

Asia’s top player has been constructing a methodical comeback after several seasons marred by various injuries and illness.

The one-time No. 4 went under the knife on his elbow in autumn, 2019; his comeback attempt a year later hit the buffers but the 31-year-old currently ranked 40th, reached the quarter-finals earlier this month in Rotterdam.