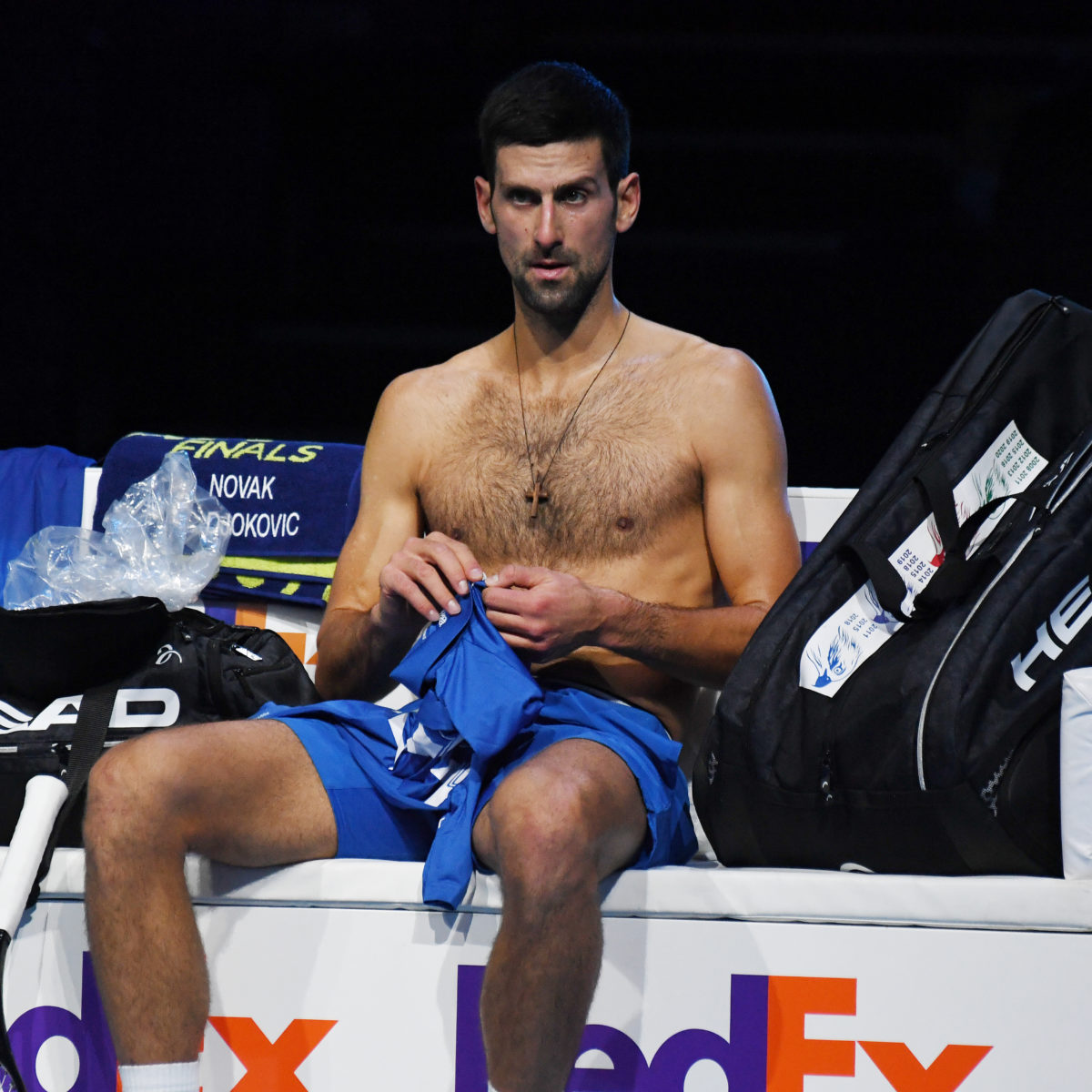 Novak Djokovic blamed an unexplained dip in form for his 6-3, 6-3 ATP Finals loss on Wednesday to Daniil Mdevedev.

The world No. 1 dropped seven straight games to find himself down a set and 3-0 against his Russian opponent, who assured himself a weekend semi-final spot in his second year at the the eight-man season wrapup.

“I had a pretty bad seven games that I lost,” Djokovic said. “That’s something I can’t allow to happen.

“He was just better, up until 3-all in the first set, it was an even match.

“But my level dropped and I struggled to find the right rhythm, It didn’t help me that he held his serve all the way to the end.”

Djokovic, who can still reach the semi-final with a win on Friday against Alexander Zverev, added: “It was not a great match from my side. But credit to him for playing at a high level.”

The five-time tournament champion admitted; “I was struggling a bit physically at the end of the first set and start of the second.

“I started feeling better towards the end. But being like that against Medvedev – the match is done.”

The winner was happy to take the victory and finish first in the group after two matches..

“Everyone can have a bad day,’ he said of Djokovic. “Maybe he was not feeling confident enough.

“At the start I was not feeling good on the court, I was not happy about myself. Now I’m really happy, especially after last year’s 0-3,” Medvedev said. “I’ve finished No. 1 in the group, I want to win my third match.

“But I had opportunities, I served well and tried to put the pressure on him.

“You have to stay solid and that’s what I did.”