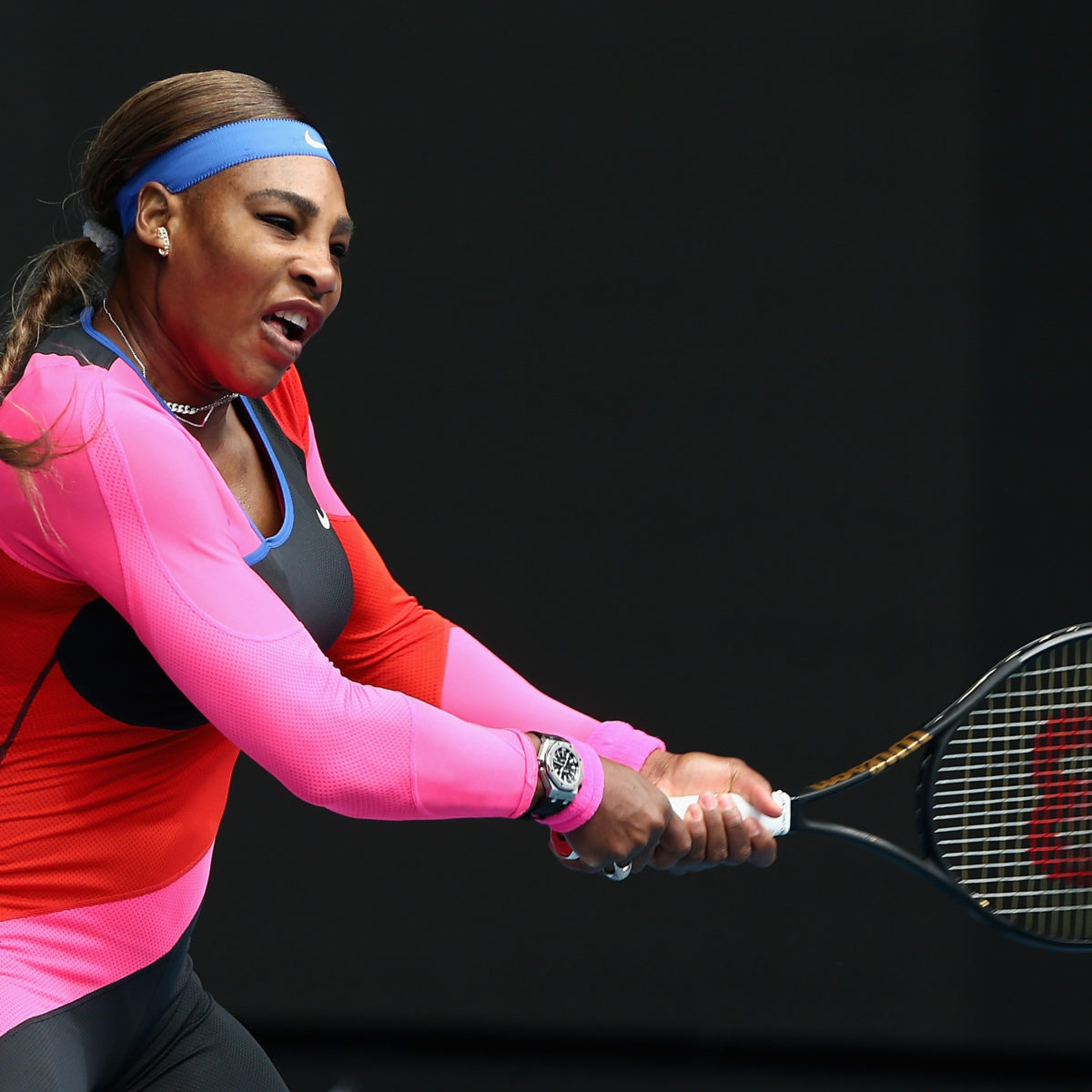 Williams wore a modernised version of a previous ensemble, more colourful and one-legged, to overcome a first game setback to march into the second round.

“This was a good start,” Williams said.

“It’s definitely good. I think I’m pretty good at pacing myself in a Grand Slam.”

Meanwhile, sister Venus made her 20th appearance at Melbourne Park with a thrilling win over Belgian Kirsten Flipkens 7-5 6-2.

“She’s definitely tricky. We’ve had some great battles in the past, as well.”