One Hull of a journey to Wimbledon

THE northern English city of Hull is not renowned for producing tennis players – rugby league is its stock in trade.

But next week a young kid from that town will step out on to the grass of Wimbledon. Most people will ask Paul who? 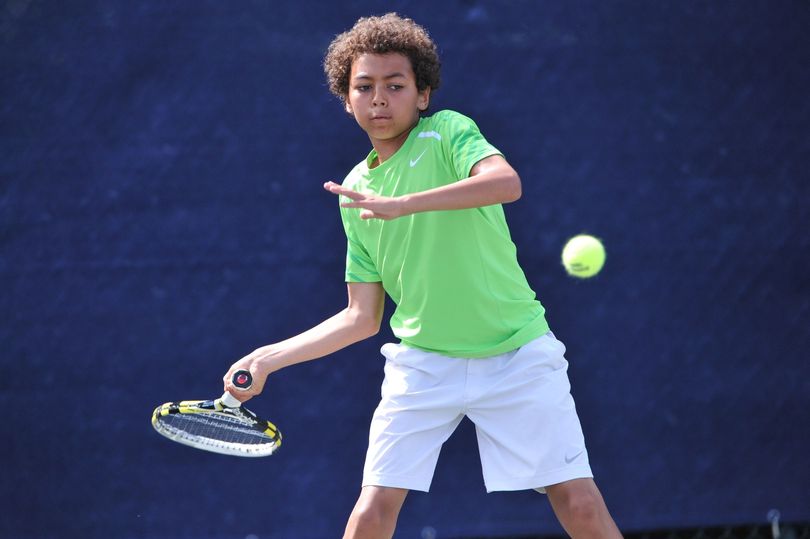 And Paul Jubb is a kid you just wouldn’t expect on the team sheet … or a first round draw at the All England.

Jubb, still only 19, now lives in South Carolina, but was born in the famous city of York and moved to Hull to live with his grandmother at the age of three, after rather death of his parents Sean and Jacinta.

He has their names tattooed on his chest – but we’ll get to that later.

Last month, Jubb causes a stir when he became the first Briton to land the US colleges’ prestigious NCAA men’s singles title.

In case you are wondering ‘how prestigious’ this title is, previous winners include Jimmy Connors, John McEnroe and Bob Bryan. And that win earned him a wildcard at Wimbledon.

If he were American he would also have earned a wildcard for the US Open, but ‘foreigners’ are still denied that if they take out the college award.

Jubb began playing tennis at primary school – an unusual happening in UK schools where individual sports get no attention – and rose through the ranks in Yorkshire to eventually win the national under-16s title.

That’s where the US system comes in to play – a scholarship to the university of South Carolina to improve both his court skills and shopkeeping with a degree course in retail management.

Jubb told the BBC his current coach Josh Goffi was in the UK recruiting, heard of him and ventured north.

“The ball got rolling and a few months later I was at the University of South Carolina,” he said.

And despite a lowly world ranking of just 579, he is out to impress at Wimbledon next week.

“Beyond happy to play my first Wimbledon and be given this amazing opportunity. Thx to the LTA for all the support and everyone else on this journey with me. As a young lad growing up in Hull it was a big dream to get to SW19,” he wrote on social media. 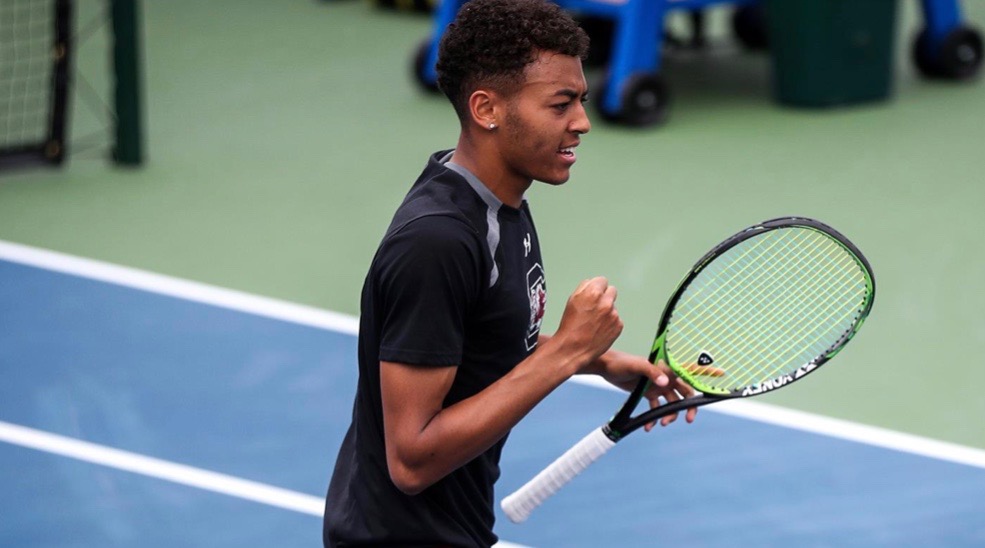 At 5-10 he isn’t the biggest, but we’re led to believe he has a strong right hand and is using Wimbledon as a stepping stone. He doesn’t expect to make week two, but he’s ready.

“I’ve always loved it (playing tennis) as soon as I started playing, so as soon as I had done a couple of years at the local tennis club, I took it more seriously after moving up to college. So far, it’s been great.”

He cites Novak Djokovic and Rafael Nadal among his idols but some day, we may be writing about the centre court displays of a shy kid from Yorkshire.
Remember the name.

THE fall-out from last year’s US Open stoush between Serena Williams and officials may be over for most, but courtside coaching took a step up this week as US officials put forward its plan to introduce new rules.  And not everyone agrees.

Former British No. 1 Tim Henman openly criticised the decision, suggesting that even the former tennis players do not support the plan.

“I have spoken to 30 past players about the use of coaches during matches and none of them supports it,” he said.

“One thing that alarms me is the changes at the junior level.

“To me, that is the tail wagging the dog. The ITF should be the custodians of the game but they are ingraining bad habits in these kids before they have even made it to tour level. It ought to be up to the player to problem solve during a match. One of tennis’s most important points of difference is that it is a one-to-one, gladiatorial sport.” Hear, hear.

Some common sense you may say – or you may not.

The ITF introduced an experiment of on-court coaching at under-18 and under-16 junior events this season.

The move was criticised by David Miley, who is going to stand against the ITF President, David Haggerty in the elections in September.

And Miley has openly criticised the US Open decision to introduce on-court coaching.

“I totally disagree with on-court coaching at the junior level. You are building life skills when you teach young players to be independent and resilient and resourceful,” he said.

“Plus, there are all sorts of inequalities that come into play when some people can afford coaches and others can’t. You’ll have parents getting involved and the whole thing will have significant downsides.”

Last year, Patrick Mouratoglou, coach of Serena Williams was warned for on-court coaching during the US Open.

Mouratoglou’s actions were criticised by many.

And here’s a thought: Surely the dynamics of the game – a one v one gladiatorial battle, as Henman has posted out, will change drastically. On-court coaching in almost every point is not the way forward.

GEORGIAN Anna Tatishvili, has been stripped of her €46,000 prize money at Roland Garros for “not playing at a professional standard”.

Tatishvili returned to competition at the French Open after a 31-month absence with an ankle injury.

Tatishvili, 29, says she believes she has been treated unfairly as a male player who competed in qualifying at the French Open, lost in 43 minutes but was not sanctioned.

“Today, I appealed the unfair and discriminatory sanction imposed on me by the Grand Slam Board following my first-round match at the French Open,” she said. 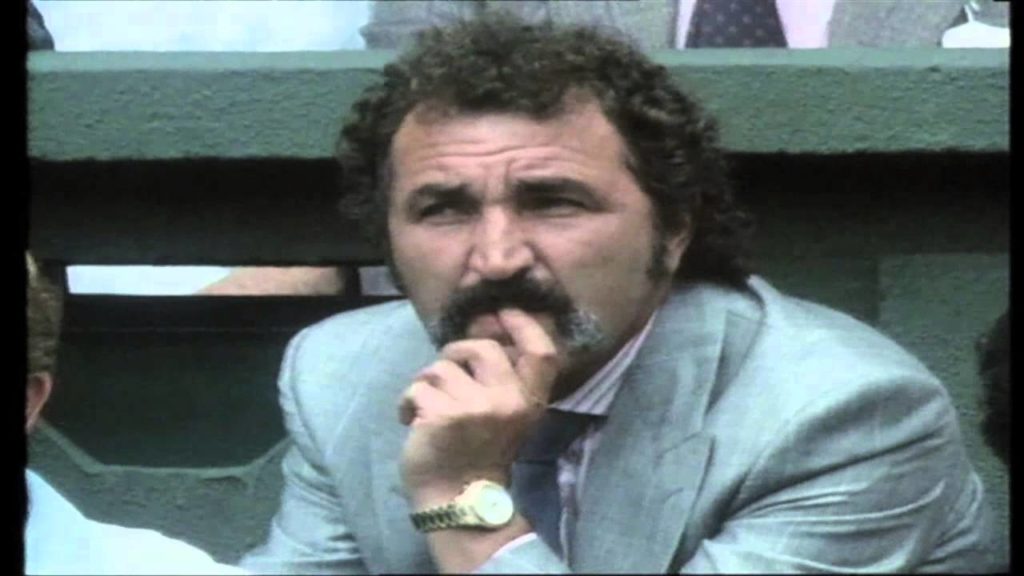 OK, a bit tongue in cheek, but, apart from Halep, what exactly has Romania given us? Nastase, yes, but now a real Mr Nasty.

Tiriac gave a brutal assessment of the match between Australia’s Barty and Czech Markéta Vondroušová in an interview with local media outlet GSP.

Tiriac said he didn’t rate either player in the final and said he left after the first set.

“The Roland Garros women’s final was one of the poorest I’ve ever seen,’ he said.

“Please excuse my sincerity. It was not one that excited me. I had to go after four games.”

He then launched into a racist attack saying Barty’s ‘only merit’ was she was from Australia.

“Every time someone comes from there (Australia), they come out with technical knowledge from A to Z,” he said.

Tiriac, in case we have forgotten, was a mentor of Halep for two years, won one doubles slam and his highest ever ranking was 19.

Most tennis fans, thankfully, will have never heard from him, and will hope that they never have to read his pitiful comments ever again.

ANDY Murray has played down the idea of teaming up with Maria Sharapova in mixed doubles at Wimbledon.

Murray had earlier booked his place in the mens doubles Queens Club final with Feliciano Lopez with a thrilling win over Henri Kontinen and John Peers, but then confirmed no one had approached him re the Shaza duet.

“I haven’t given it lots of thought, really,” he said.

“She’s obviously done some – I think she maybe won mixed at US Open once? Did she? I don’t know. Did she not win it? No, she didn’t?

“I think we played once together in the IPTL before, and I don’t remember us playing particularly well together.”

And for the record, Murray had a few harsh words to say two years ago when Sharapova when the Russian was handed a 15-month ban for doping.

WE were hoping to have a week free Kyrgios – but alas… After the brash Aussie unloaded on umpires and as few more players this week, Canadian Felix Auger-Aliassime, who defeated him at Queen’s in London on Thursday, told media he could never be his friend.

Kyrgios, 24, was slapped with a $25,000 fine after a series of heated exchanges with the umpires at Queens as Auger-Aliassime told media he thought he was a good player “but but I could never be friends or close to a person like that”.

“I admire what he does on the court. He’s a very good player. His tennis qualities are incredible,” Auger-Aliassime added.

“But if we knew each other at school or whatever – he’s not someone I would be friends with or hang out with.”

It was the second big fine Kyrgios has been slapped with in two months after his chair throwing antics at the Italian Open in May cost him a fine of over $30,000.

And last week another motormouth, John McEnroe, unloaded on the Aussie saying he may regret in later life his attitude.

“He’s 24 years old. He brings an electricity to tennis. That’s why everyone is trying to figure a way to work through this, so he can get to a place where he can go out and give the effort,” McEnroe said.

“I don’t care if he throws a chair on the court or does what he does.

“But the part that I have a problem with, and I am assuming 99 per cent of the rest of the tour do, is when you go out there and don’t seem like you are giving an effort half of the time for whatever reason.”

Unfortunately, we doubt this will be last of Kyrgios as Wimbledon beckons.

AND finally, sticking with our antipodean theme heading into Wimbledon, its refreshing to read Ash Barty’s story.

Barty could be World No.1 this week and told the London Telegraph she celebrated winning the French Open by playing golf at the famed Belfry course near Birmingham.

She apparently plays off nine – and enjoys having a club in hand to relax, rather than the on-court tensions of a racket.

Barty and her family have set up home near Wimbledon; mum and dad and boyfriend Gary Kissick, an Australia golf pro, are all there –to help with the mental strain of being on the tennis ‘road’ for months on end.

“This part of the year is 2½ months away from home,” Barty said.

“If I’m not on the tennis court, then the place I would choose to be is home with my family. I’ve got people around me to help me to deal with it, but it’s certainly not any easier than it was when I started.”