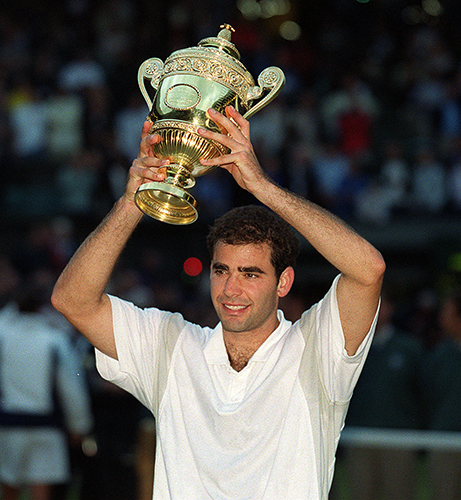 Pete Sampras has paid tribute to his tennis heir Roger Federer as the Swiss plays his final career match on Friday at the Laver Cup.

Sampras, who held what had looked to be the historic record of 14 Grand Slam title until Federer surpassed it with his own 15th at Wimbledon, 2009, quietly faded from the tennis scene after retirement after winning the 2002 US Open.

In a rare public statement the 51-year-old – a decade older than Federer, Sampras paid tribute to the player who is considered among the best to ever pick up a racquet.

“I’ll start at the beginning, the first time we met, at Wimbledon,: the American said in a message to Federer, who beat him in their lone meeting in the Wimbledon fourth round, 2001.

“You were 19 years old, a promising player that people were talking about. And you beat me, a really special player.

“I could not imagine that twenty years later you would have 20 Grand Slams and have achieved everything. I admire the way you’ve handled it, from start to finish.

“You have not changed in all these years, you are true to yourself. We are all sad with your departure, but it is part of the sport. You will be missed .”

Federer will bow out of competitive tennis Friday evening when he teams with Rafael Nadal in a doubles rubber at the the Europe v World Laver Cup in London’s O2 arena.