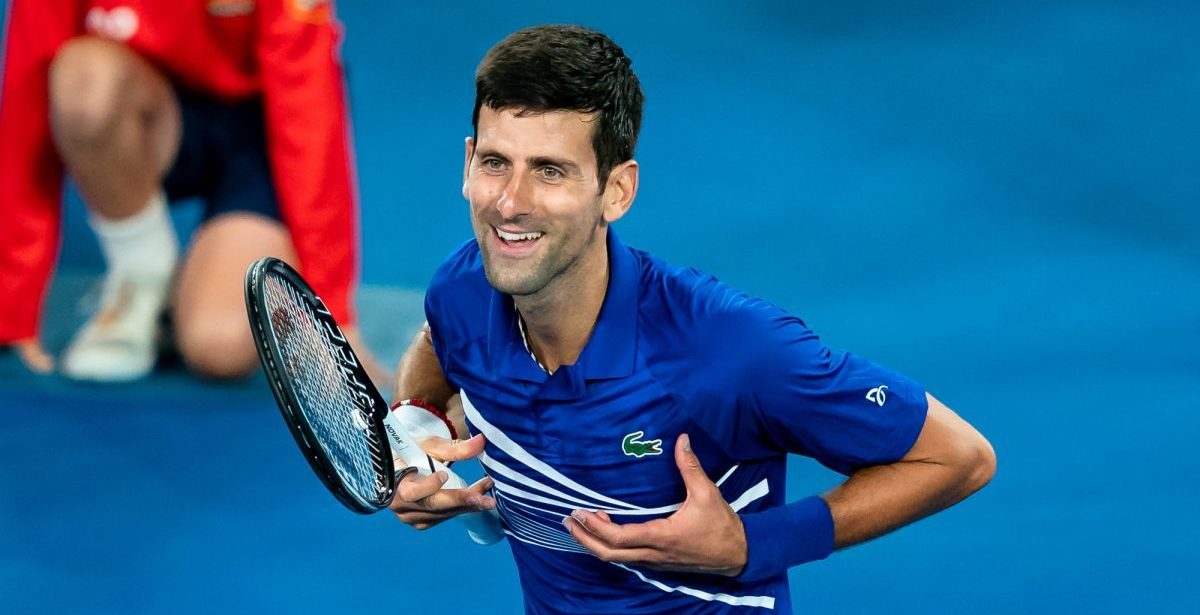 Nick Kyrgios wasn’t the only player with a temper management issue in Miami on the weekend.

Novak Djokovic showed he too could pull a sulk as he pulled a ball from his pocket and angrily hit it against the backstop before smashing his racket into the concrete.

Djokovic led 3-1 in the second set, but dropped serve twice.

“We were very close in the beginning of the third set,” he said. “It could have gone a different way.”

The top-ranked Djokovic, who is attempting to win his seventh title at the Miami Open will face  No. 22 Roberto Bautista Agut, who eliminated No. 15 Fabio Fognini 6-4, 6-4.

“I’m hitting the ball well,” Djokovic said. “I just need a little more consistency to hold that level of play the entire match.”

The vast new stadium was only half full for Djokovic’s match, but on outer courts, plenty of fans squeezed in to watch many of the other games.

Djokovic was diplomatic afterwards. “It’s a unique stadium in tennis,” he said. “It’s obviously different from anything we’ve experienced before. It’s not a tennis venue. We’re guests here of the Miami Dolphins.”

“I was running like crazy for three hours,” Halep said.

A loss Saturday by top-ranked Naomi Osaka opened the door for Halep to reclaim the top ranking if she reaches the final.

Meanwhile, Kyrgios never fails to make the headlines – often for the wrong reasons – but his thumping 6-3 6-1 win over Dusan Lajovic 6-3 6-1 in Miami was overshadowed by more on court dramas.

He produced two underarm serves, including an ace, between-the-legs efforts and several trick shots on his way to victory – as well a mid-match verbal altercation with a spectator before the man was ejected from the venue for heckling him.

“I had a bit of fun with it. I knew that I was going to get him kicked out.”

“I loved it, I loved every single bit of it,” said Kyrgios later. “I think the crowd loved it.”

Kyrgios will next meet Borna Coric for a place in the quarter-finals after the Croatian overcame Frenchman Jeremy Chardy.

don’t know what tomorrow is going to bring on the tennis court, but I’m going out there and having fun,” said Kyrgios.“I served

well and returned well and I’m really happy. Today it was a pretty good all-around performance.”Kyrgios has a strong record in the Miami Open, reaching the fourth round for a fourth straight year.

He was a semi-finalist in 2016 and 2017, and reached the Round of 16 last year before falling to Alexander Zverev.