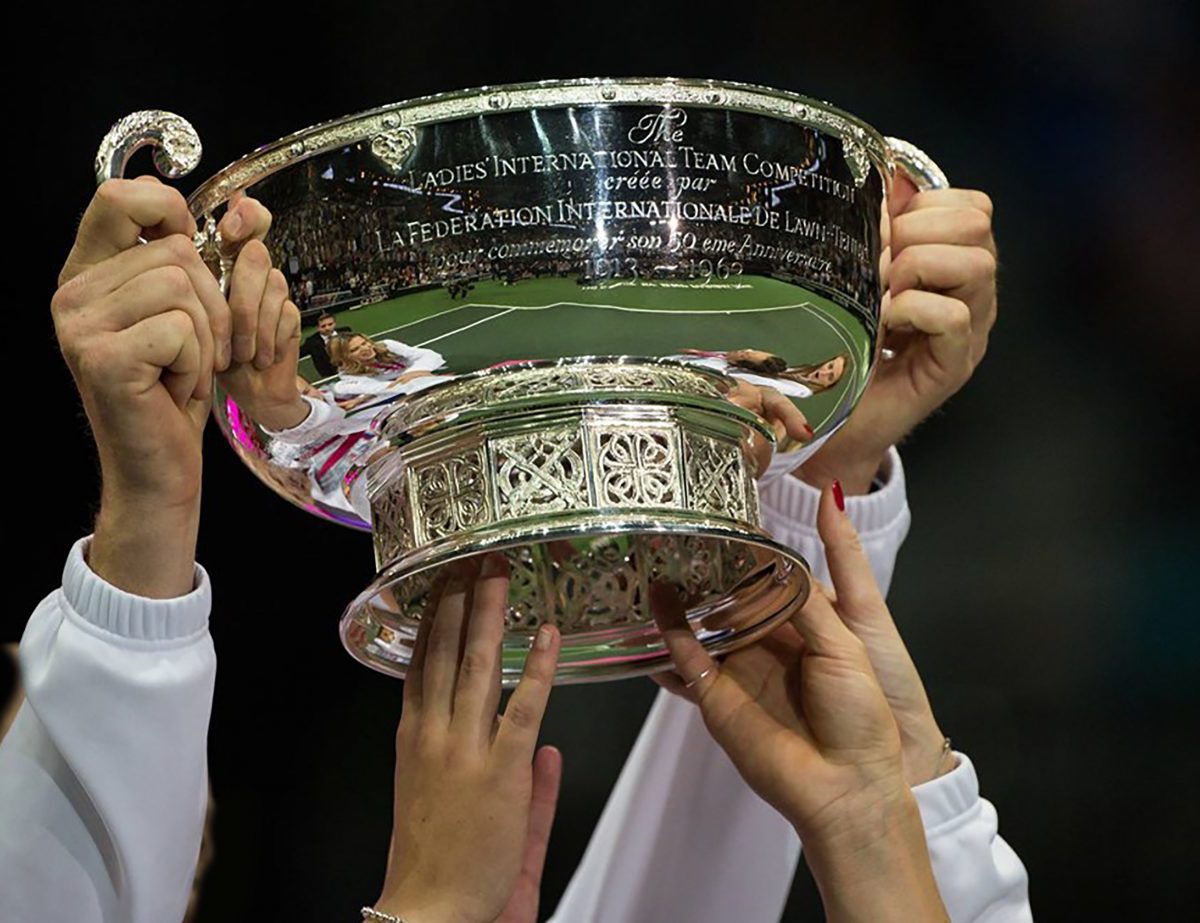 Hot on the heels of the recent mega-money makeover of the 118 year old Davis Cup competition there are  strong  rumours that a re-vamped, week long 12 team version of the Women’s equivalent, The Federation Cup, which began relatively recently in 1963, could follow in the men’s footsteps as soon as April 2020.

The International Tennis Federation have asked for “expressions of interest” to host the event by the end of this week.

This year’s World Group edition reaches it’s semi finals stage next month when France will entertain Romania in Rouen and Belarus will make the long trip to the Pat Rafter Arena in Brisbane to take on Australia. The Final is scheduled for 9-10 November 2019.

The ex-Barcelona FC player turned investment group Kosmos founder Gerard Pique has taken a US$3 billion punt on the event on a twenty-five year plan. The first edition featuring eighteen countries will take place in Madrid at the Caja Majica in Madrid in November this year where the title and US$20 million will be up for grabs.

Tennis legend Martina Navratilova has told the BBC that the current slow pace of the Fed Cup reforms where two groups of eight teams vie for promotion from zonal leagues to the World Group has frustrated team captains, players and supporters alike.

Under the proposed new plan eight home and away qualification ties are expected to take place in February 2020 meaning 20 teams will have the chance to be involved each year.

It is expected that there will be equal funding for the Women’s version to parallel that received by the men.

Last month, Gerard Pique speculated that the Davis Cup and Fed Cup could “become a combined event in the near future” but it is not yet known whether his Kosmos group wish to be involved in the ITF’s plans for 2020.

Under the existing rules, Great Britain are tantalisingly just one victory away from a return to the World Group for the first time since 1993 and that would happen if they can beat Kazakhstan in a home tie at London’s Copper Box Arena next month.