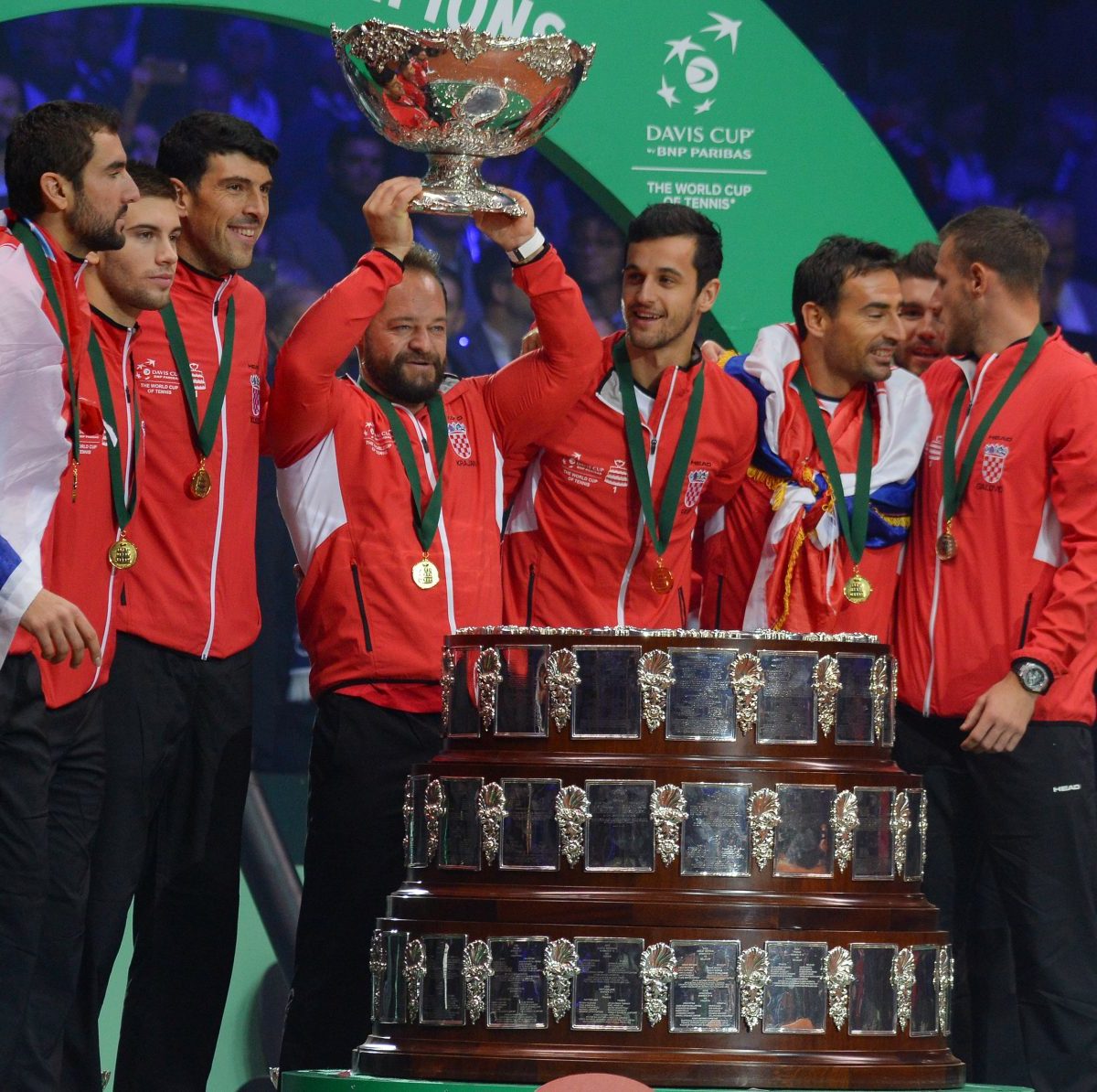 Novak Djokovic advises the ATP and Davis Cup to combine forces into one mega event or die trying out out-do each other,

With a narrow six-week off-season between the November Davis and January ATP events, the world No. 1 says that after playing both in their inaugural editions, there is no way he could do it again.

“I think (merging) is necessary because for me personally it will be very difficult to play every single year both competitions, so I’m going to have to choose.

“I think that’s going to be the case for many other players. I don’t think this is sustainable model for our tennis.”

Djokovic, president of the ATP Player Council and experienced at hammering out deals, added:

“It’s tough to expect that both Davis Cup and ATP Cup will survive six weeks apart. It’s different because the ATP Cup kicks off the season and it is a different format of the Davis Cup which is the most historic team competition in our sport, the one that we value the most.

“Of course, we want to see Davis Cup living for long time. I don’t see both of them…”

The recent winner of an eighth Australian Open title who also led Serbia to the inaugural ATP Cup trophy in the Sydney final, made his plea prior to a start this week’s Dubai Championships as top seed at the Aviation Club.

Djokovic called for the creation of ” one super cup.”

The world No. 1 dropped major hints that the Spanish-run Davis Cup may be the loser here

after modifying the longtime format to comprise a week-long event in Madrid conveniently won by Spain and Rafael Nadal.

“What I don’t like with Davis Cup is you don’t have a possibility to play at home any more. ATP Cup was like playing at home for us (Serbia) because we had a tremendous support in Australia.”

But Djokovic also cautions that the ATP Cup which has a long-term contract to stay in Australia as a run-up to the Open, has its own set of problems.

“It’s (to be held) 10 years in Australia. It’s really difficult to call these competitions World Cups because is there no ‘world’ if you keep it in one place for 10 years,” he said.

“For 99 per cent of the nations, they will not have the possibility for many, many years to host a tie at home.

“I understand the need for change. Obviously the older (Davis Cup) format had its advantages of playing home and away.

“There was also lack of top players’ involvement in Davis Cup because of the scheduling weeks. I understand there was a need to change the format and I supported that.”