Novak Djokovic is seen back on a clay court. 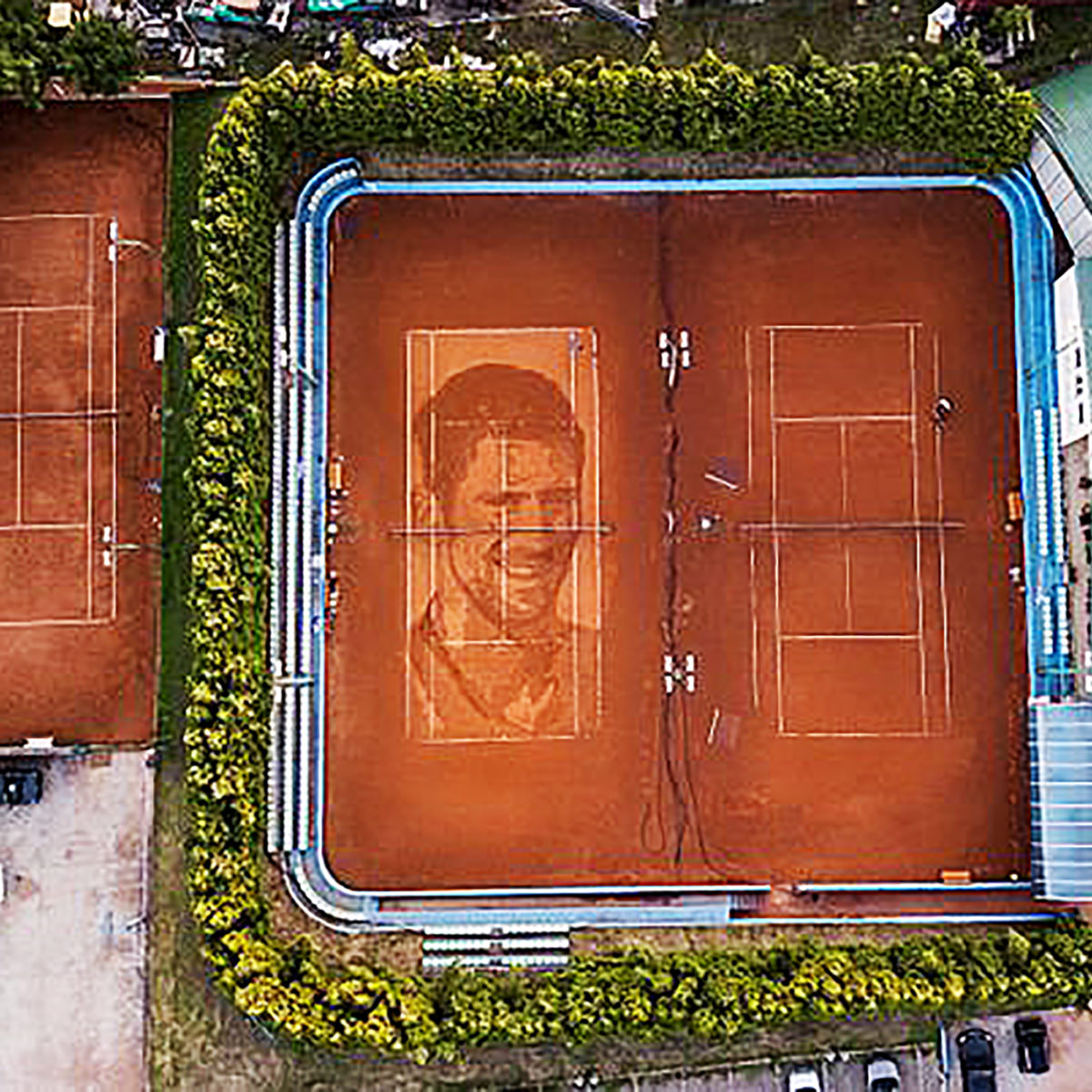 No, not breaking out of self isolation following the outbreak of  Covid-19 positive tests in the aftermath of his  ill-fated Ardia Tour but in a huge “portrait” on a red clay court  at the  Djukic Tennis Club in Bezanijska Kosa Belgrade.

The concept behind the work of art called “SLJAKAnje terena” (a play on words in Serbian combining “clay” and a slang term for “work,” and “court”) is “Let’s clean ourselves first, then let’s look at others,”

Djokovic is revered throughout Serbia for his pride in and support for his countrymen, but perhaps that is a motto Novak now wishes he had followed more closely before embarking on his disastrous Ardia Tour and it’s subsequent fallout?