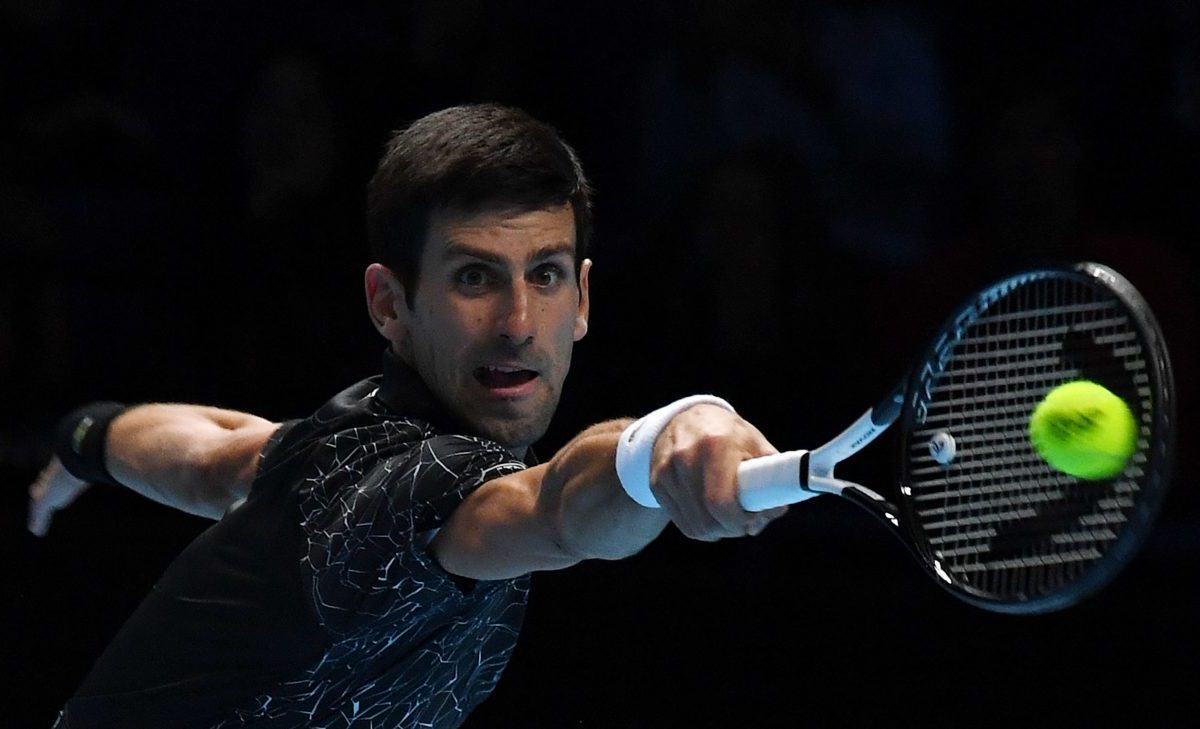 Novak Djokovic put on a dominating display to send ATP Finals debutant John Isner down to defeat, earning a 6-4, 6-3 result in an opening group match.

The Serb is bidding to join Roger Federer with six titles at the year-end showpiece; the 31-year-old has already clinched the top year-end ranking for 2018.

Djokovic sent the tallest man (208 cm) to ever compete at the season wrap up to a loss in an hour and a quarter; three breaks of serve were enough to get the job done.

The 33-year-old Isner is also the oldest first-time qualifier at the event since 35-year-old Andres Gimeno debuted in 1972.

Djokovic drove home the winner on his third match point to claim his 50th victory of a runaway season of four titles including two Grand Slams, watched by one of his biggest fans Cristiano Ronaldo.

He now stands 9-2 over Isner, who has drilled almost 1200 aces this season with his huge delivery.

“It’s great to be back, London been lucky place for me,” reigning Wimbledon winner Djokovic said failing to qualify for the 2017 edition here due to an elbow injury.

“The match was great, trying to break John’s serve is mission impossible sometimes

“I guess I was in the right place at the right time.

“I held serve really well and backed it up form the baseline. It was a very solid match overall.”

Barring unforeseen developments, Djokovic looks almost certain to qualify for the weekend semi-finals from his group.