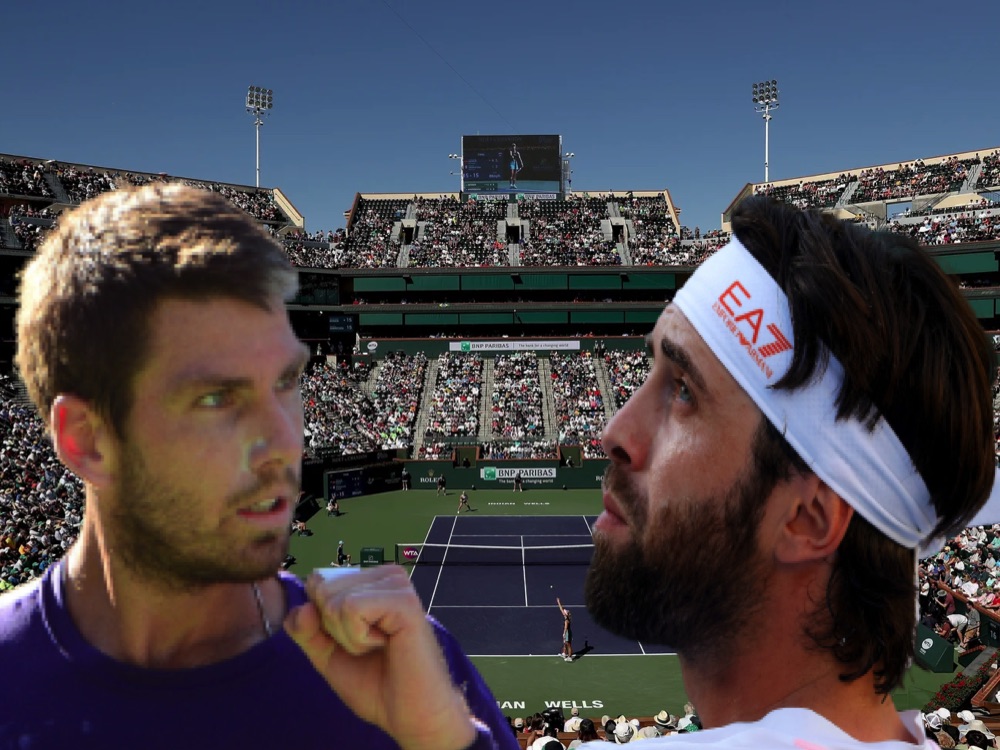 It will be a first for whoever wins the ATP Indian Wells Masters championship on Sunday as Britain’s Cam Norrie goes up against Georgian big hitter Nikolaz Basilashvili.

Both players have had an extraordinary 2021, coming from nowhere back February to sit one game short of an ATP 1000 title.

Norrie is seeking a second career ATP title after winning his first earlier this season and Basilashvili has won two this year, in Munich and Doha.

“It means a lot, especially at Indian Wells, which people call it like a fifth Grand Slam,” Basilashvili said. “To get through so many matches is very important.

“I’m at the top of my game now and feeling the best.”

Basilashvili has wins over Karen Khachanov, Stefanos Tsitsipas and Taylor Fritz en route to the final.

Born in South Africa and raised in New Zealand with a Scottish father and welsh mother, Norrie knows he will face a tough match.

“He hits the ball big off both sides. He moves well. He’s a great athlete. When he’s confident, he can beat anyone. He’s super dangerous.

“It’s going to be difficult, but I’m feeling good physically and looking forward to getting out there.”

And Norrie, what does Basilashvili think?

The pair met earlier this year in Rotterdam, with Norrie winning 6-0, 6-3.

“It’s not so nice to play him from the baseline. He’s been playing really, really smart tennis. But I’m looking forward to it. If I can play my game and be relaxed, I think I can play well.”

And no player outside the top 25 has ever won it either – this will be another first.

“The last two days have been the biggest matches of my career,” Norrie said.

“I’m going to go out there and it’s going to be the biggest match of my career again tomorrow. There’s still a lot of work to be done, but I’m looking forward to the occasion.

“Feeling all the nerves and all the pressure — it’s definitely great to experience.”