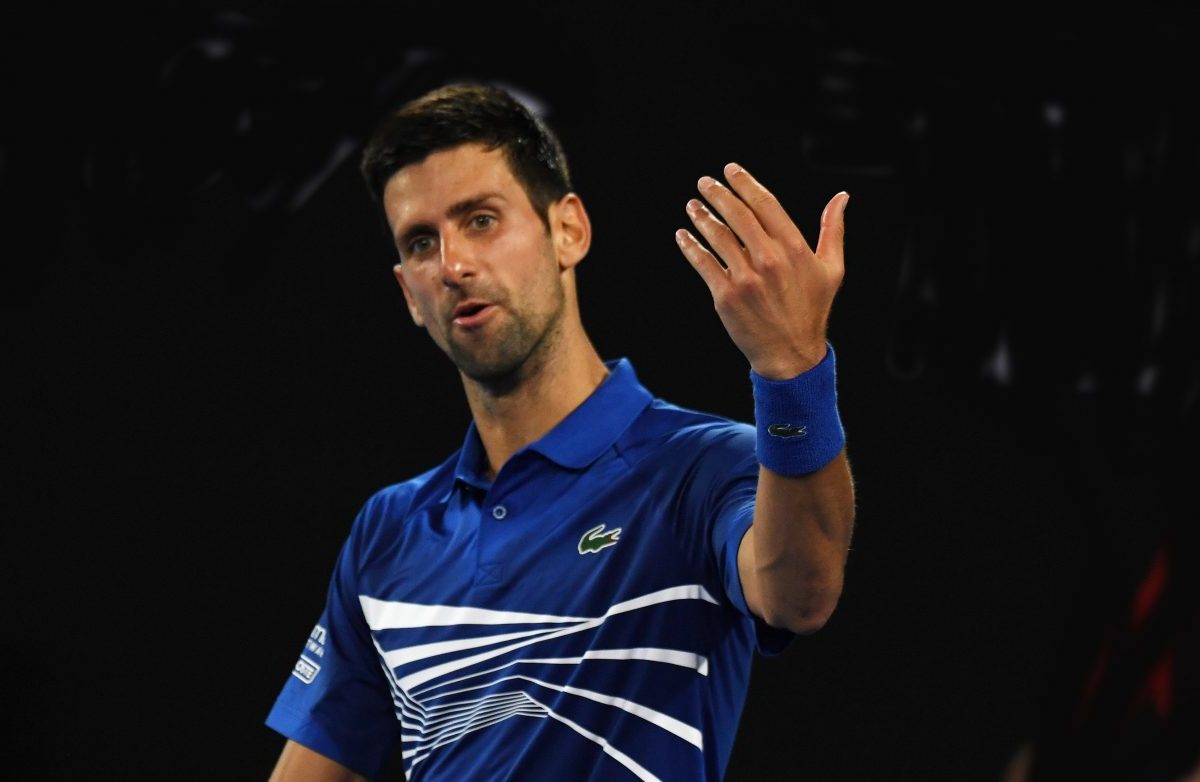 Novak Dkjokovic tightened his stranglehold on this edition of the Australian Open as the top seed rolled injured Kei Nishikori 6-1, 4-1 with Asia’s top player forced to retire with a thigh injury.

The Wednesday win was the 15th straight victory over Nishikori   for Djokoivic who last lost in the series with the Asian five years ago in the US Open semis.

Nishikori was weighed down by fatigue as well as injury, having spent nearly 14 hours on court coming into the quarter-final. By contrast, Djokovic had gone through in just over nine hours.

“I hope Kei can recover, we’ve played so many matches in our career,” the Serb said.

“I’m sorry to the fans for not having a full match tonight.”

Djokovic, who had to work in the previous round to beat Daniil Medvedev and who had some unspecified physical issues of his own, said his quick win was “Just what the doctor ordered.”

“It was helpful not to spend too much time on court. I’ll do everything to get ready for the next match,” said the winner of six Melbourne titles. Djokovic will face off for the first time with Frenchman Lucas Pouille, who eliminated former Wimbledon finalist Milos Raonic 7-6(4), 6-3, 6-7(2), 6-4 in three hours.

Raonic sent a return wide on a third Pouille match point to lose against a player who came to the major after losing three Hopman Cup matches as well as the Sydney first round.
He has now achieved his best showing ever at a Grand Slam.
“I’m very happy, I knew it would be a really tough match,” the 24-year-old winner said. “What can I say, I’ve never won a match in Melbourne until last week (0-5 coming in).”
“This is one of the greatest moments of my life. I’m trying to forget the start of the year.

“I’m trying to take the matches step by step and enjoy my time on court – and here I am.”

Pouille had never won even a set against Canada’s Raonic in three previous matches.
“We had a plan and I tried to execute it today,” Pouille said. “Ameile knows all about tennis.
“You just have to know what you are doing and she does.”
Share:
Facebook0Tweet0LinkedIn0Pin0