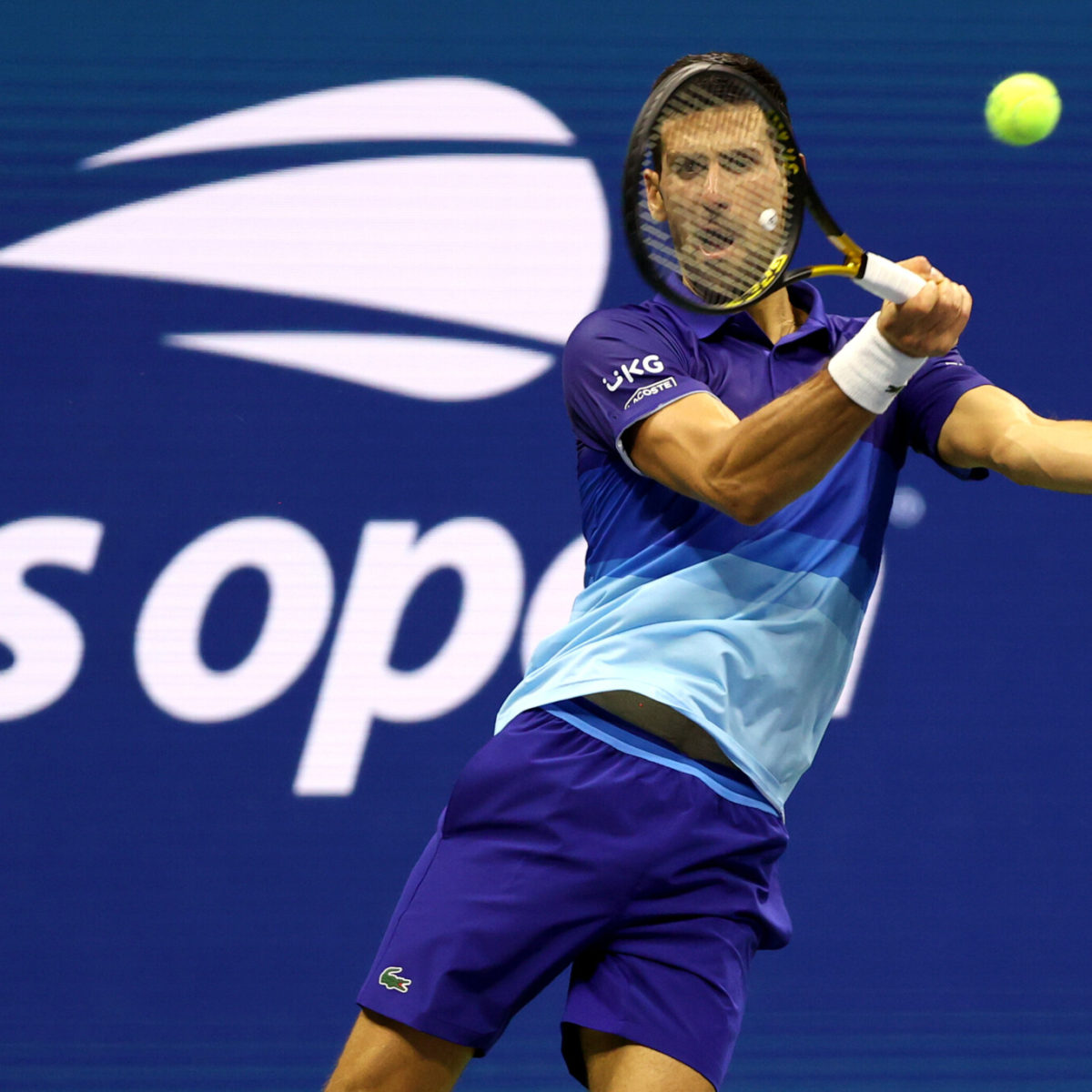 The world No.1 is now just two wins away from the first calendar-year Golden Slam in men’s tennis since 1969.

Djokovic has given up the opening set in New York for three consecutive matches, but has used it to fine tune his game before going for the kill.

He quickly corrected his strokes and clinically took Berrettini apart in the second set, and the third and fourth.

After 17 unforced errors in the first set, he made a total of just 11 in the next three.

Berrettini never gave up and stood firm in the third set before Djokovic recouped again and moved on, pointing his finger to his ear — a gesture to the capacity crowd to say ‘I will not give up’.

The roar of those 20,000-plus fans was deafening and Djokovic took the set minutes later.

The fourth was a formality as he now faces 2020 runner-up Alexander Zverev in tomorrow’s semifinal.

If he can win that match and Sunday’s final, he will join Don Budge (1938) and Rod Laver (1962 and 1969) as the only men to claim all four major tennis singles trophies in one season.