No quarantine for Rome participants 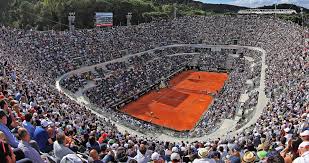 The Italian government has cranked the door open for entrants in next month’s Rome Masters by ruling that quarantine will not be required for competitors arriving in the capital from the US Open.

They must, however. show certification of a negative COVID-19 test taken up to 48 hours earlier prior to departing New York.

The move by Italy’s bureaucracy apparently clears the way for playing both the Open and Rome, due to begin on September 20, a week before the rescheduled Roland Garros.

The demand that players have “free” movement between the virus-infected US and the relatively less contagious Europe was reportedly mooted last week in a secret Whatsapp chat lead by No. 1 Novak Djokovic.

It remains to be seen if the Austrian government will follow on from Italy, with the Kitzbuehel clay due to be played the second week of the Open.