No practice makes perfect for Federer 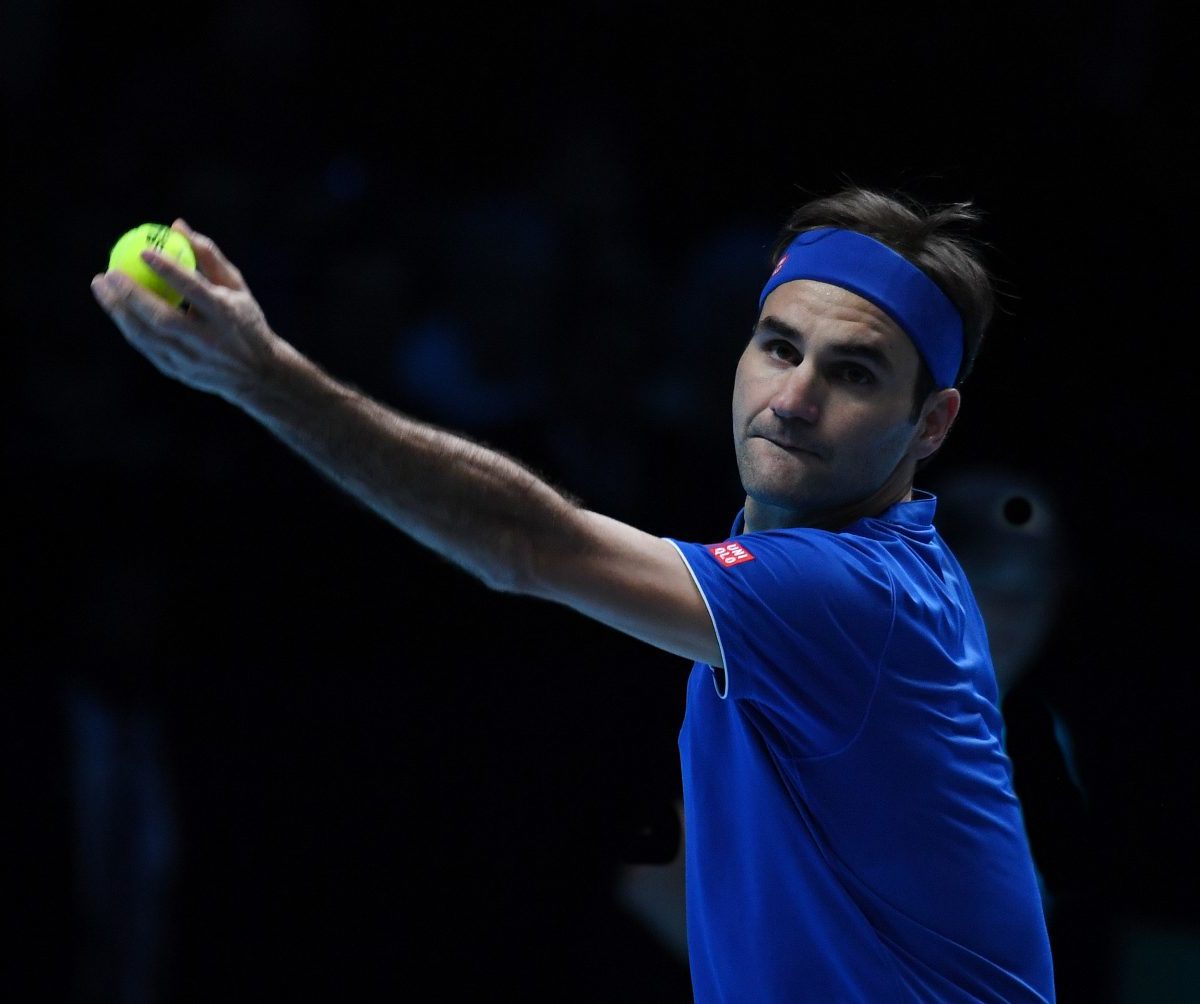 Facebook0Tweet0LinkedIn0Pin0
Roger Federer’s team decision to skip practice on his day off paid dividends at the ATP Finals as the six-time champion snapped back into form at the expense of Dominic Thiem.
After a surprise round-robin loss 48 hours earlier to Kei Nishikori, the 20-time Grand Slam champion returned to victory after a “lazy” non-match day with a 6-2, 6-3 defeat of his Austrian opponent.
After his out-of-sorts Sunday opening performance, Federer said that his team convinced him to bypass a Monday training session at Queen’s club and recharge his mental batteries.
The strategy worked to perfection as the 37-year-old routed Roland Garros finalist Thiem in 68 minutes, with the Austrian weighed down by more than 30 unforced errors.

“The important thing was not about my forehand or my backhand or my serve or anything –  I guess it was my head,” he said. 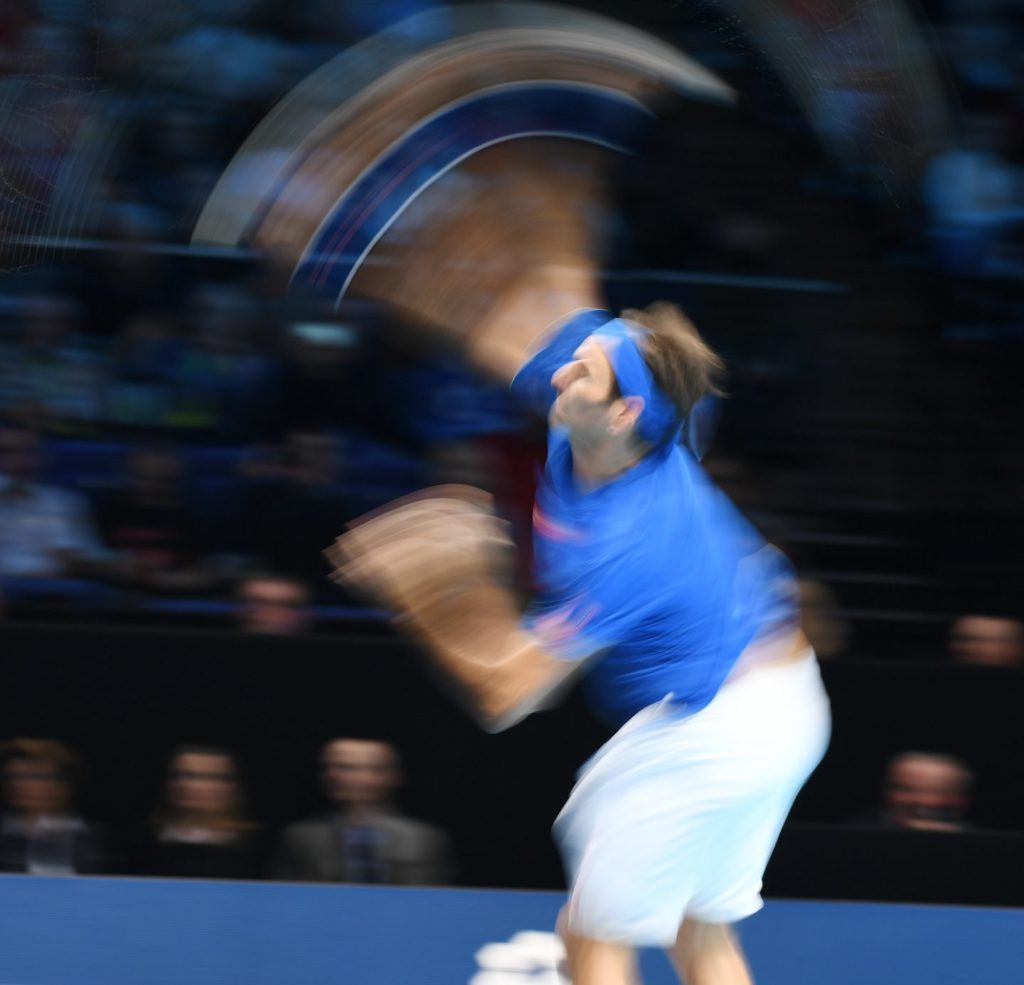 “For that sometimes you need a break. I’ve been playing a lot of tennis the last two months.
“We came to the conclusions – or the coaches thought: ‘Take it easy, enjoy the day with your family, and come out happy’ on I don’t even know what day of the week it is today.”

Federer called the move “the right decision. I was able to show a reaction from my first-round match.”

Though he levelled his group record at 1-1, even a Thursday victory over unbeaten Wimbledon finalist Kevin Anderson cannot insure that Federer makes it into the Saturday semi-finals.
The result will depend on the other round-robin match on the day.
The world No. 3 Swiss is playing the year-ender for the 16th time and suffered his first straight-sets group loss in 46 matches against Nishikori, who was crushed earlier by Anderson 6-0, 6-1.
Federer overwhelmed Thiem, who confessed that his own game has gone badly off the boil as he became the 16th career year-end opponent that Federer has defeated in a second match at the wrap-up event. 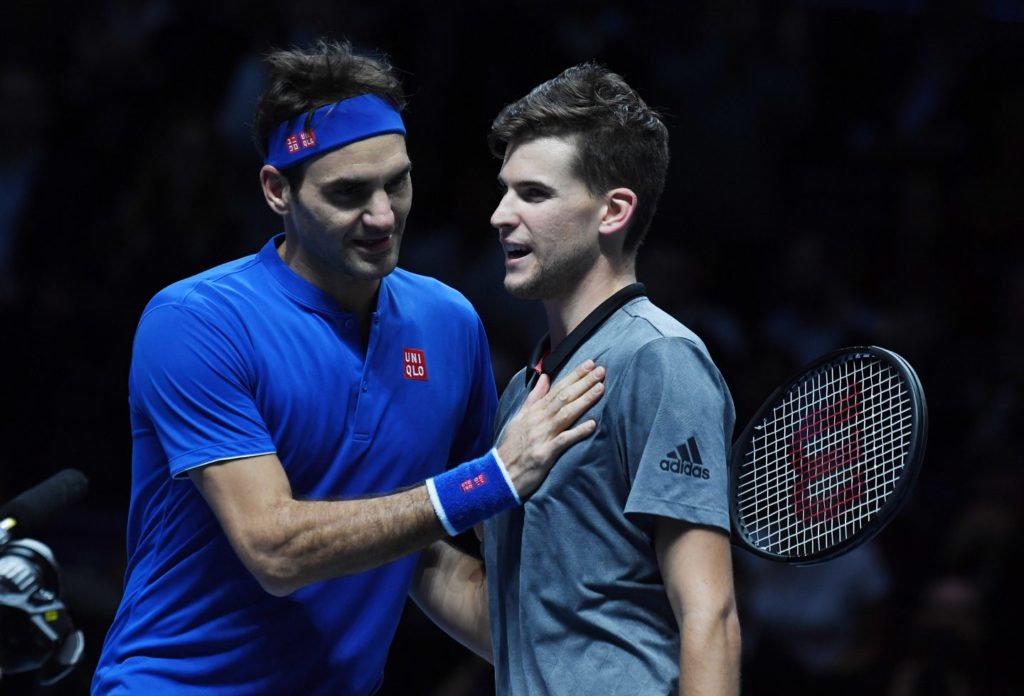 “I didn’t felt good out there, I was playing very, very bad,” Thiem said. “I had many unusual mistakes, I don’t really know where they were coming from.

“At the end there were way too much, too many unforced errors. The score was logical after that.”

The 25-year-old added: “First of all, I have to get my tennis back. If I don’t, I don’t need to worry about my third match (against Nishikori).
“I really want to play a good match. Doesn’t matter if it’s the last one here or not.”
Federer said he plans to skip training again as he prepares to take on Anderson in his concluding group encounter.
Share:
Facebook0Tweet0LinkedIn0Pin0