No Monaco home comforts for Nadal under COVID rules 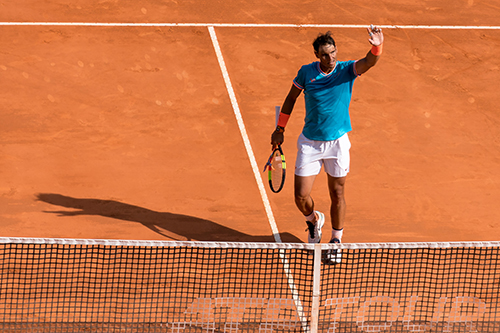 Rafael Nadal arrived in Monte Carlo on Thursday in preparation for next week’s Monte Carlo Masters, with Spaniard unable to enjoy the home comforts granted to locally based players.

The Masters 1000 in the principality – to be played without spectators amid the French COVID-19 crisis – is the first to benefit from a new ATP rule allowing local players to stay at home instead of a hotel.

But since king of clay Nadal makes his home on the island of Mallorca, the world No. 3 will be placed inside the tournament bubble at the official hotel, Spain’s MARCA reported..

The experimental homestay plan could perhaps benefit No. 1 Novak Djokovic, second-ranked Daniil Medvedev and Alexander Zverev, a Top 10 trio all based here.

But even the homeboys will have to promise not to get out and about save travelling by official transport to the Monte Carlo Country Club, actually located on quarantined French national territory.

Nadal, who has not competed since the Australian Open in February and played through the pain of a back injury while in Melbourne, will take an unaccustomed third seeding.

Djokovic has also not had a competitive hit since winning the Australian major while Medvedev has kept active with a Marseille title and a Miami quarter-final.

The only members of the Top 10 who have opted out of the event are Roger Federer and Dominic Thiem.