‘No impact’ on Australian Open start after new covid outbreak 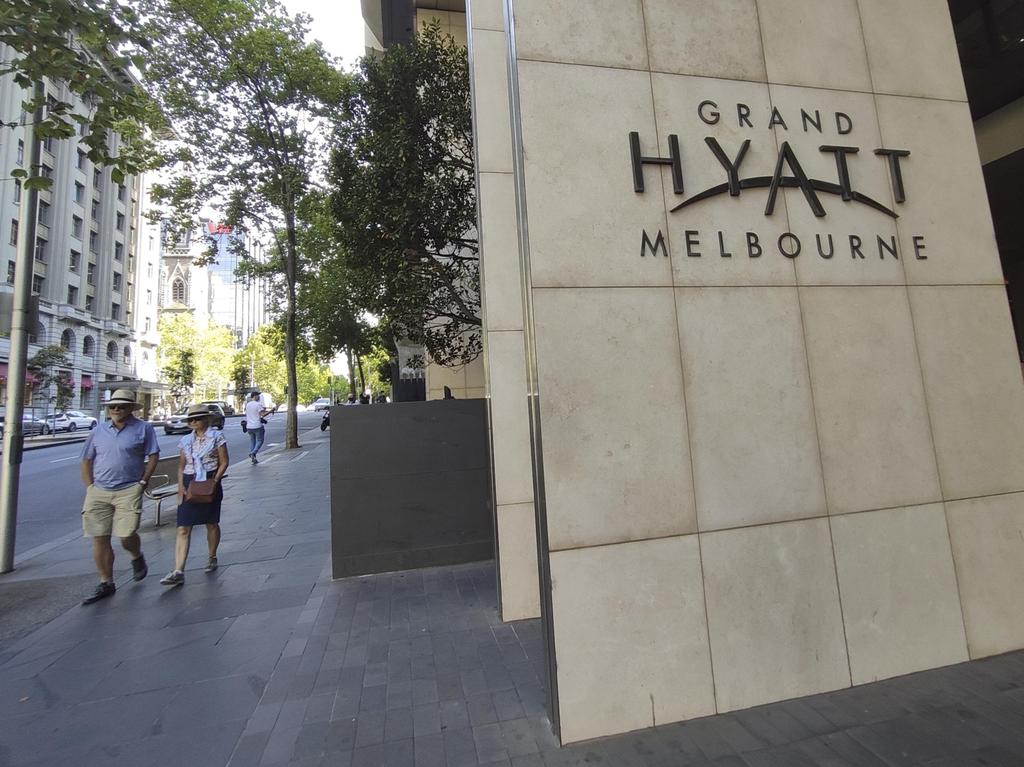 Hundreds of people in Melbourne, including tennis players, coaches and associated staff have been forced to self-isolate after a hotel quarantine worker linked to the Australian Open tested positive to COVID-19.

The 26-year-old local man who worked as a support as officer at the Grand Hyatt quarantine hotel returned a positive test on Wednesday.

Two of the man’s close household contacts have tested negative, but health authorities have isolated a further 520 players, officials, and staff.

Wastewater samples collected from the area have also come back negative for COVID-19.

“These are all good positive early signs. We have got to this in good time,” Victorian Premier Daniel Andrews told reporters.

He said a review of CCTV at the Grand Hyatt showed the man was a “model employee” who correctly followed all safety procedures.

“We can find no problem, no breach of protocol, anything of that nature in terms of his employment,” Mr Andrews said.

Deputy Chief Health Officer Allen Cheng said it was “unlikely” the Australian Open would be cancelled but warned the situation was unfolding.

“We will work with everyone involved to facilitate testing as quickly as possible,” Tennis Australia said.

“There will be no matches at Melbourne Park on Thursday. An update on the schedule for Friday will be announced later today.”

“There’s a number of – about 500 or 600 people – that are either players and officials and others who are casual contacts,” Victorian Premier Daniel Andrews said on Wednesday.

“They will be isolating until they get a negative test. And that work will be done tomorrow (Thursday).

“At this stage, there’s no impact to the tournament proper.”