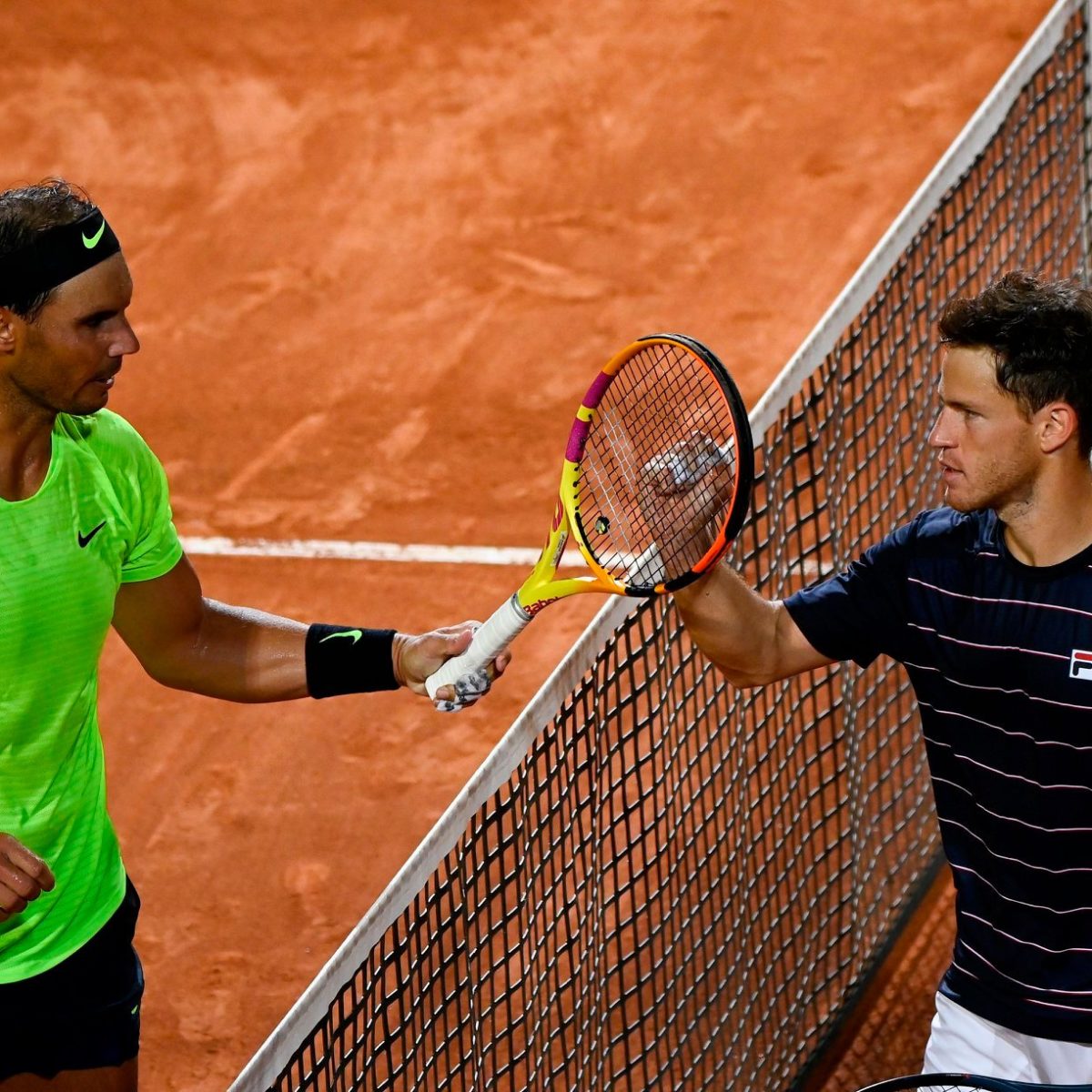 Was it the long layoff? Or another reason. Either way Rafa Nadal was not looking for excuses after his shock loss to Diego Schwartzman at the Rome Masters on Saturday.

“We can find excuses, but I didn’t play well enough. Then we have to think internally, ‘Why? How I can fix it?’” Nadal said.

As for the Argentine, he played the game of his life, hitting 31 winners with only 17 unforced errors.

In contrast Nadal made 30 unforced errors.

And Schwartzman wasn’t afraid of his opponent matching him in the baseline rallies – something very few can achieve.

Nadal admitted that being out of action for a long time was a challenge and knows he must improve.

He could only manage a 48 per cent rate on winning first service points, compared to Schwartzman’s 64 per cent.

“It was not my night at all. He played a great match I think and I didn’t,” Nadal said.

“When this happens, you have to lose. These things can happen. After such a long time without competing, I played two good matches, and now today I played a bad one against a good opponent.

“That’s how it is. I just want to congratulate Diego and I’m going to keep working.

“It’s a completely special year and an unpredictable year.

“ I did my job here. I did a couple things well and other things bad and that’s it. At least I played three matches. I fought until the end. But losing that many service games, you can’t expect to win a match. It’s something that I have to fix.”

The Argentine will play Canadian Denis Shapovalov today for a spot in the Rome final.

Schwartzman becomes only the ninth man to beat Nadal on clay.

The other seven are:
Stefanos Tsistsipas last year, Novak Djokovic (seven), Roger Federer (two), Pablo Cuevas in Rio in 2016, Stan Wawrinka in Rome in 2015, Andy Murray in 2015, and Fabio Fognini in the same year.