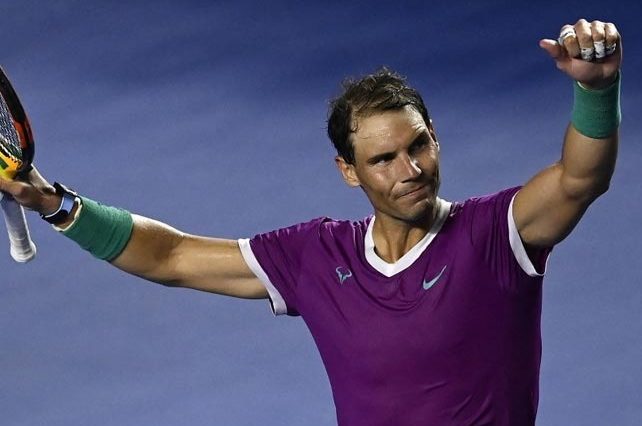 The much anticipated Melbourne rematch ended in a one-sided win for Rafa Nadal in Acapulco on Friday night, with the Spaniard defeating Daniil Medvedev 6-3, 6-3 to set up a Mexican Open final against Brit Cameron Norrie.

Medvedev, who who will still be the world´s No. 1, round; handle the legendary left hander and missed converting 11 break points, seven of them in a fifth game that lasted 19 minutes.

“I played some amazing points on the break points,” Nadal said.

“The second set was very emotional. Daniil was playing very aggressive — drop shots, winners. It was a very difficult set. I feel lucky to win that set because he had a lot of chances.”

Nadal controlled the baseline and put Medvedev under pressure to open up a 4-1 lead before Medvedev pulled it back to 5-3.

The second set was a tennis classic as Medvedev got himself back into the match in a six-deuce game, then a nice-deuce game before Nadal again pulled away to take the match.

Nadal sat out much of 2021 but admitted afterwards he is getting g back to his best.

“As you know, I have better days and worse days. For me the most important thing, whether it hurts or not, is that I can play without limitations and that’s what I couldn’t do last year and I fear,” he said.

“I feel liberated and in games that I’ve played the foot hasn’t been a problem. I enjoy every day that the foot allows me to play freely.”