Kei Nishikori had to be reminded that  that he already owns a US Open win over upcoming opponent Novak Djokovic as the pair prepare for a New York semi-final showdown for the second time in four years.

After defeating Marin Cilic in a re-run of the 2014 Flushing Meadows final won by his Croatian opponent, Asia’s top player said it had slipped his mind that he defeated Djokovic here four years ago in that run to the final. 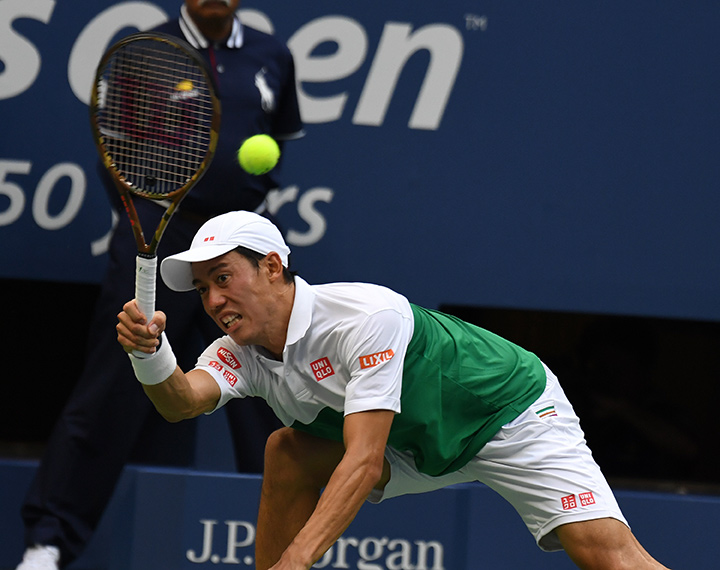 “I forgot about it, but it’s a good memory here. It was a tough battle against Novak. For  sure it’s gonna give me good confidence, even though I didn’t remember it.”

To refresh his memory, Nishikori said he might actually take a look at a replay as he prepares to aim for his second title match at a major.

The player who has come back from several seasons of wrist injury drama and who stepped back onto the Challenger circuit to rebuild his game at the start of the season, added:

“I don’t have great record against Novak, and it’s been a tough match last couple of years.

“I’ve had chances (for a Grand Slam title bid) but I haven’t able to make the last step. It’s always exciting play Novak, it’s great challenge for me.”

Since their 2014 meeting here, Djokovic has won 13 straight matches in the series while leaving Nishikori just two successes. 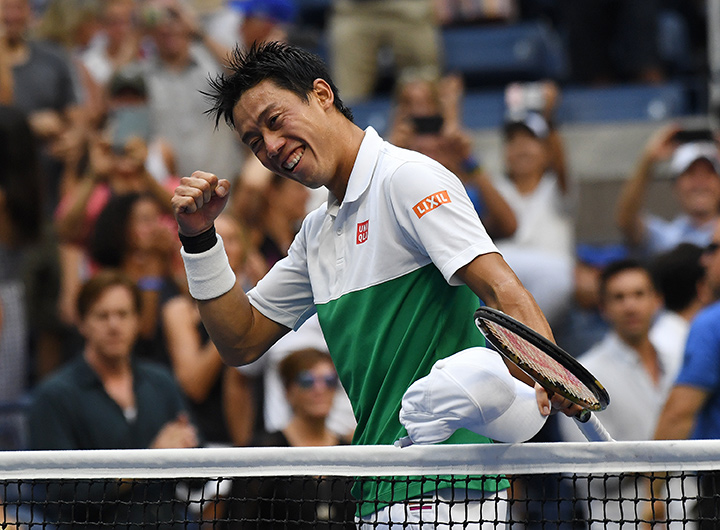 Djokovic is not underestimating his rival.

“He’s got one of the best two-handed backhands in the game. He’s very quick, one of the quickest players on the tour. he has phenomenal footwork. I played him recently in quarters of Wimbledon.

“It was a tough couple, first two sets. Then after that I felt like third and fourth I played very well. I raised my game.

“I can’t really say he’s a great match-up for me. I have a very good head-to-head score against him. 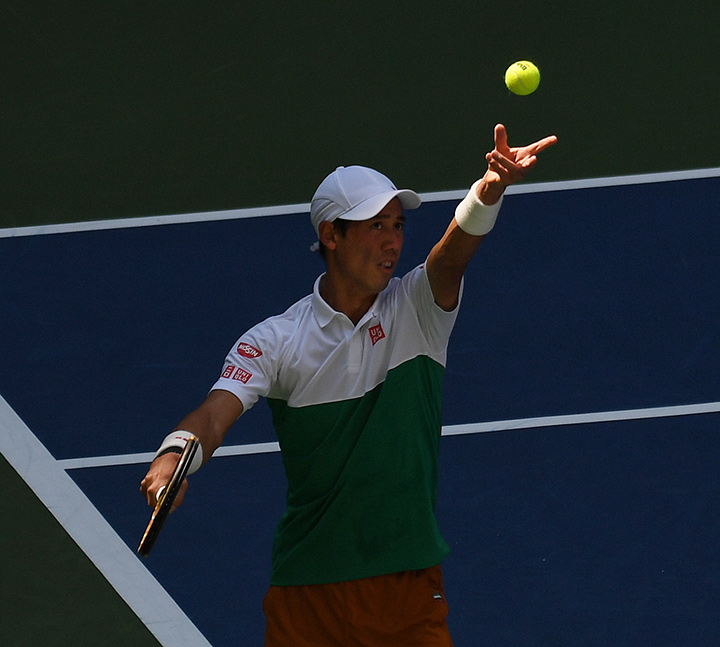 “Because he plays so fast, he makes me more alert from the first point, because I know I have to be at my best in order to compete with him from the baseline.”

Both of those men are also coming off long-term injury problems but have been hitting stride in 2018.

New York holder Nadal stands 11-5 in the series, winning their last three, with his Argentine opponent taking his last win in the series in the Rio Olympic semis.

“It will be a very tough one,” Nadal said. He’s a great player everywhere. But the challenge of playing him on hard of course is even higher for me personally than playing against him on clay. 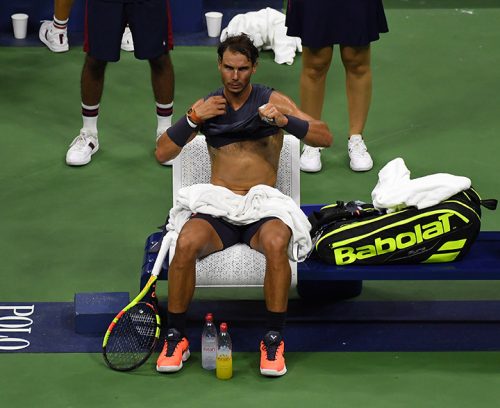 “We know each other very well. I know he’s playing well. I  will have to play at my highest level to keep having chances of success.

“I am focused on try to make that happen.”

Del Potro, who beat Federer in the final here in 2009 and then went through years of wrist problems and surgeries which have only been solved over the past 12 months or so, is keen to test himself again. 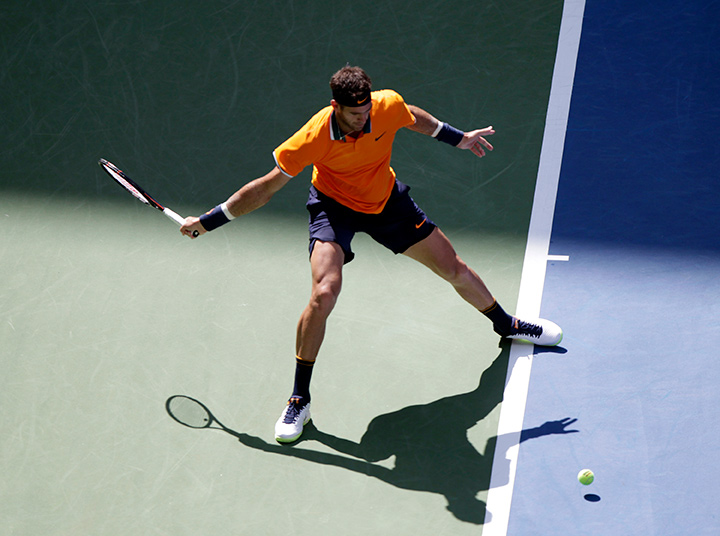 “I like to play always with the No. 1 of the world, doesn’t matter the tournament or the conditions or the weather. I just have the chance to play the greatest on this sport, and it’s amazing for me.

“After all my problems, I think it’s time to celebrate these kind of things. I love this sport. I love the competition. I’m very proud to be here again.”

Meanwhile, Djokovic calmed the jets of Australian John Millman, bringing the upset winner over Roger Federer back down to Planet Earth 6-3, 6-4, 6-4 in a late-night finish at the US Open. 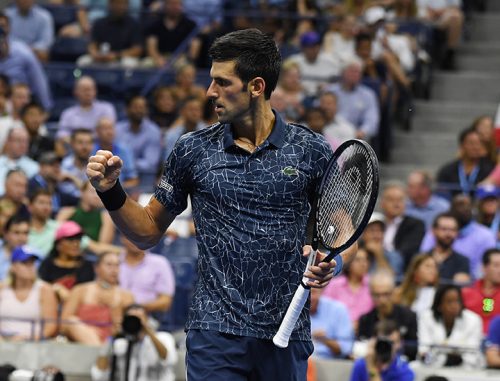 The win puts the sixth-seeded former No 1 Djokovic into a semi-final in New York with Nishikori as the pair face off for the fourth time this season.

The last time they played here was four years ago, when Nishikori won their semi in four sets on his way to the final. 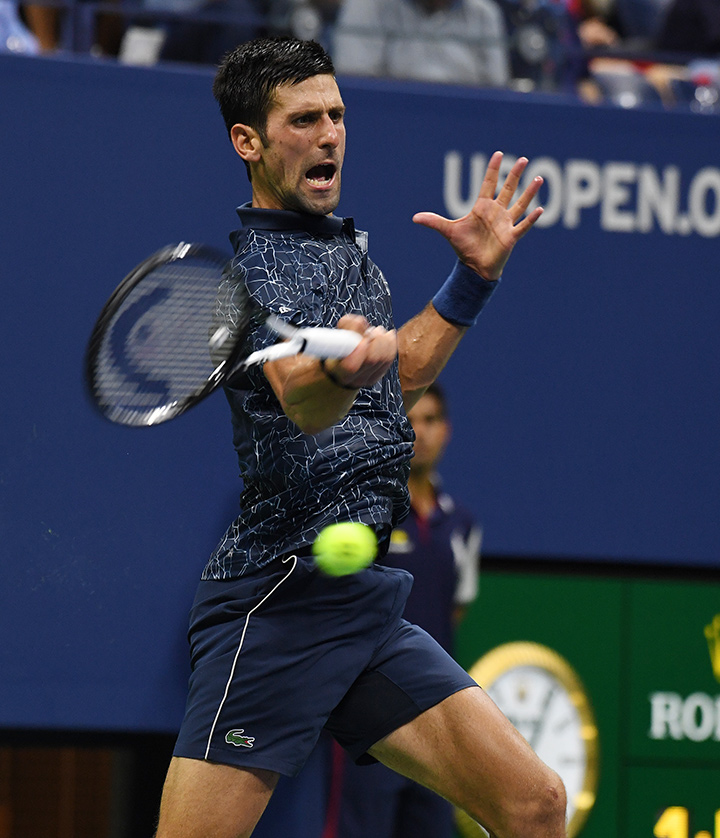 The Serb completed his victory over the 55th-ranked Millman in just under three hours with 29 winners and 53 unforced errors, breaking on a fifth of his 20 chances.