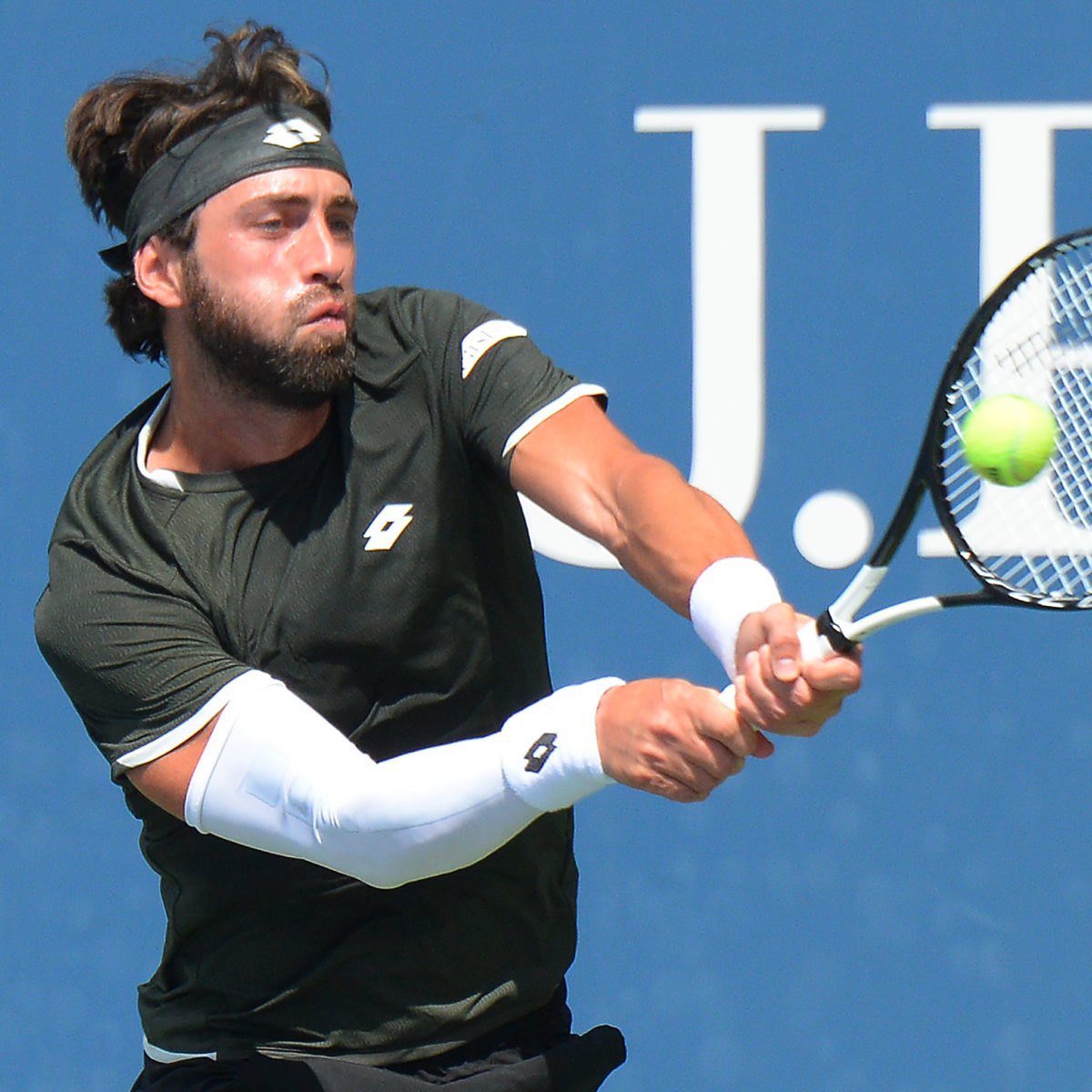 World No. 27 Nikoloz Basilashvili has been arrested on a domestic violence charge in Georgia.

Basilashvili is alleged to have assaulted his former wife, Neka Dorokashvili, in front of a child in Tbilisi on 21 May.

He was arrested a day later. A Tbilisi court decided on Sunday to place Basilashvili on a bail of about £26,000 with a further court case set for July 16.

In Georgia the charge, if proven, would carry a one-to-three year prison sentence.

Basilashvili married Dorokashvili in 2013 and in 2015 their only son, Lucas, was born.

“The incident involving Nikoloz Basilashvili is currently under police investigation and GFT will refrain from either announcing its position on the matter or making any comments until such investigation is completed,” the Georgian Tennis Federation said in a statement.