NextGen talents may have their chance to make a move on the tennis triumvirate of Roger Federer, Novak Djokovic and Rafael Nadal a the ATP Finals get underway on Sunday in London.

Federer, for one, will be hoping that the young guns don’t derail his own personal quest for a seventh year-end trophy.

But the 38-year-old knows the tide will eventually turn. “(Having four younger players in the field) goes away from just saying, ‘Oh, we have some talented players on the Tour.’

“I think that’s great that they’re part of the finals. It’s going to give them great experience as well moving forward to then achieve great things at Slam level, Masters 1000s, being surrounded with the eight, having the pressure to play against fellow Top 10 players from the get-go here.

“It’s something that will only help your career. Sascha’s (Zverev) win last year was definitely also a bit of a catalyst for the rest of the group that qualified this year.”

World No. 1 Nadal agrees: “That’s the normal cycle of life. It’s healthy for the sport and I think they are super good.”

The event which kicks off on Sunday will mark the first appearances for last year’s NextGen tournament winner Tsitsipas and Medvedev, who reached six consecutive finals in the summer and autumn, 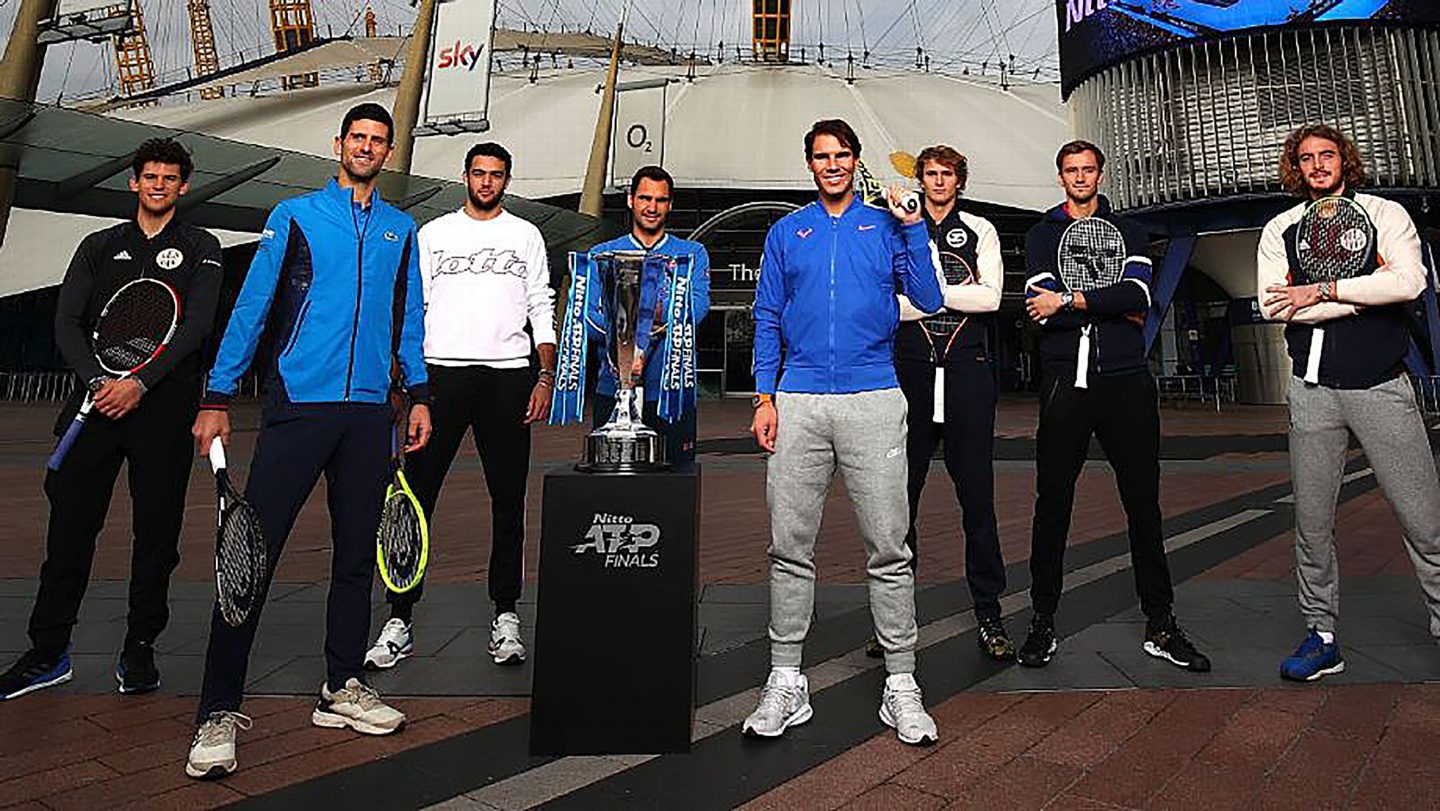 Zverev won the title a year ago by beating Federer in the semis and Djokovic in the final.

The German is dreaming of putting a relatively lacklustre season behind him as he bids for a title repeat as he looks ahead to the tennis future.

‘Obviously Rafa, Novak and Roger have had a great rivalry for many, many years, it started from a young age so hopefully we’re the ones… maybe some of the other guys (Canadian Denis Shapovalov) as well,

‘Some of the young guys are not here yet but I’m sure they will arrive here very soon. There’s a very strong group of guys. We’ll see how it goes.

“Three years ago when I had my breakthrough season I made it here first time, I didn’t expect to make it that quick.”