New-look US Open ready for business 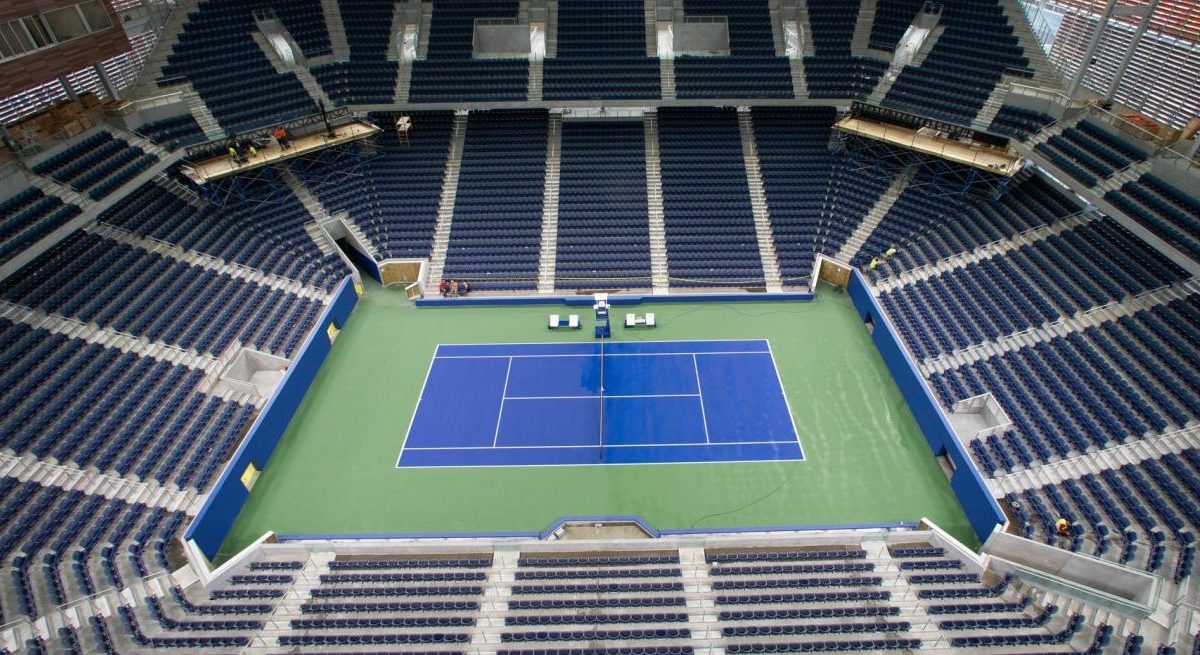 The US Open will be going for the clean and tidy look after a total redesign of the on-court area in time for the upcoming edition.

The emphasis from August 27 at the last major of the season will be on celebrating the 50th anniversary of Open tennis.

Along with that, a general architectural makeover of the court area has also been completed.  Designer says the court furniture  was inspired by New York park benches the iconic skyscrapers of the city. 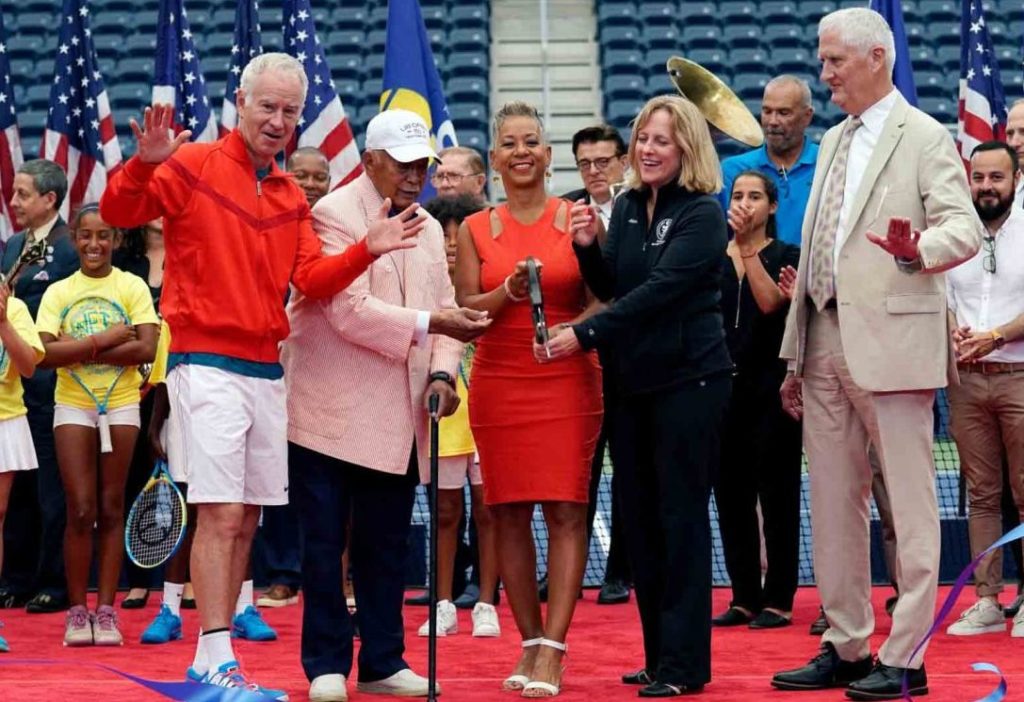 In addition to looking better, the event will likely be more accurate in the heat of battle, with electronic line-calling on all court across the Flushing Meadows complex, making the event the first Grand Slam to achieve total Hawk-eye system coverage.

Umpires will run the matches and keep the new shot-clock system on schedule from new-look streamlined chairs. They are now tasked with controlling the no-nonsense 25-second limit on the time between the end of one point and the start of the next.

The architectural mandate for the Open re-do was to clean up the space, which can get untidy as players place towels, equipment and other necessary paraphernalia around their seats.

The do-over will be the first since the gigantic Ashe stadium was opened in 1997.

The on-court furniture has been a focal point of the re-design, with ergodynamic seating for both players and officials. The New York Post reports that architecture firm, Michael Graves, designed the new court look

Cooler boxes for holding ice towels and drinks were also spruced up.

“It’s the Grand Slam in New York and we tried to develop the language that represented that,’’ one designer said. 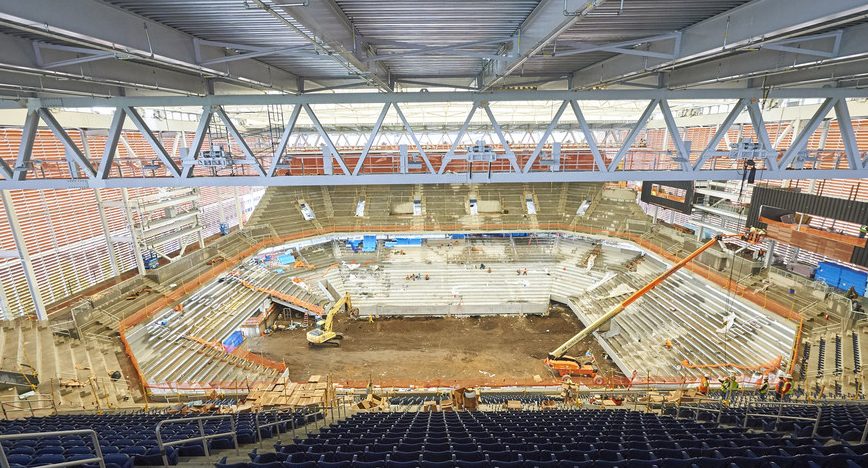 This edition of the Open marks the 50th anniversary of Open tennis, with the debut of the re-done Armstrong stadium, now a 14,000-set modern structure after a teardown in recent years.

That venue will also sport the new streamlined look when the major begins on August 27.

The Armstrong stadium will boast 6,400 reserved lower-bowl seats and more than 7,000 seats in the upper bowl for anyone holding a grounds pass.

And after a successful and uneventful debut over the past month at pre-open run-up events, the shot-clock concept is expected to work smoothly.

“The big reason we’re doing this is to be transparent with the players and the live and broadcast audience between points,’’ TD David Brewer told The Post.

“We want to get the information of the rules out there. There’s always a question about the pace of play. We’re encouraging the rules and time between points in a transparent way. It’s in the rules — loosely. It should resonate with New York fans.’’

For the record, the new Louis Armstrong court was opened with exhibition match between Queens natives John and Patrick McEnroe against Yonkers, N.Y.-born James Blake and Hoboken, N.J.-born Michael Chang. Blake and Chang won the match 4-6, 6-4, (12-10). 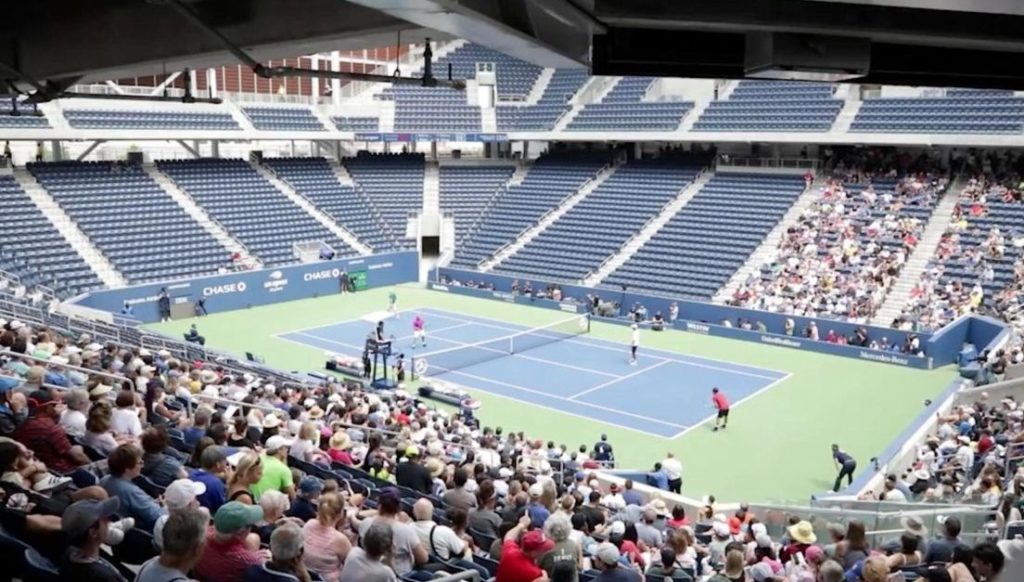 The old version of the Louis Armstrong Stadium opened on August 29, 1978. Bjorn Borg and Bob Hewitt played the first match at the ‘new facility’ with Borg winning the best-of-three set first round match 6-0, 6-2.

The last match of any kind was the next day in a men’s doubles quarterfinal between Bob and Mike Bryan and Marc and Feliciano Lopez won by “Team Lopez” by 7-6(2), 4-6, 6-3.